Tank and other rust treatment

I've been reading a lot of suggestions to treat rusted tank interiors with vinegar .

That is a viable solution , albeit a bit slow and kinda smelly .

I have tried vinegar and had varied results .

After I rec'd my first order of wood bleach ( Oxalic Acid ) , I thought it best to test it before I subjected my fuel tank for rust removal .

I mixed a rather mild solution for the test . Here are some before and after pics : 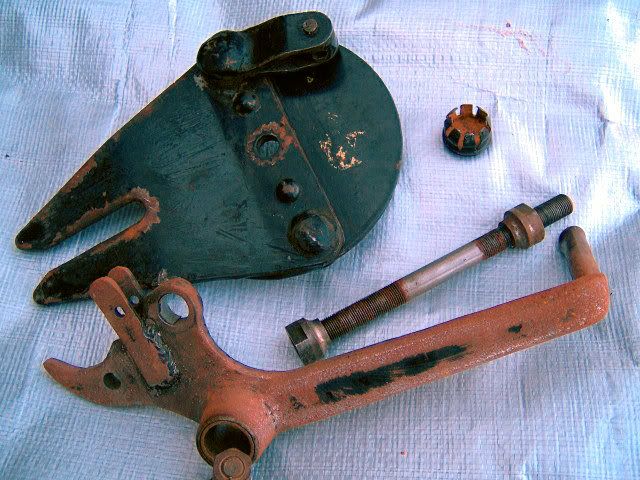 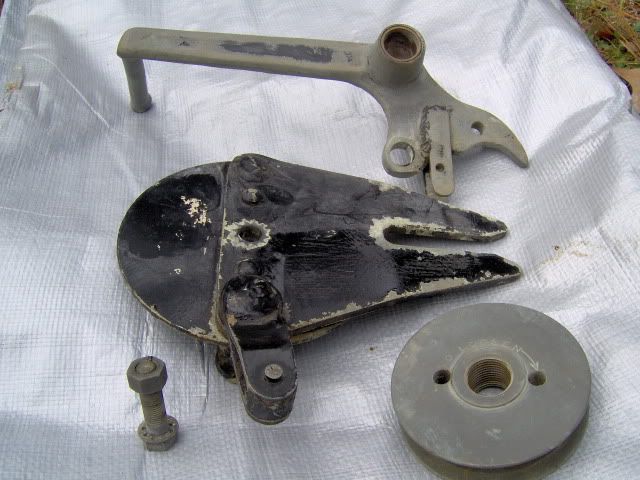 The parts looked almost this good after just a couple of hours bath , but I left them in over night to see if the deep reaches would be 'taken care of ' . The pulley was totally rusted .

I pulled the parts and rinsed them in a bath of hot water , then let them dry . The Oxalic acid seems to eat rust and leave a protective coating . I wiped some of that coating off the rear brake plate . Also note that the acid does not affect painted parts ( a big plus ) .

This was an experiment for me . My Simplex had a bit of rust forming in the gas tank . Not too bad considering the bike is 55 years old . I'd read that different acids worked for removing rust .

I used muriatic acid to clean my XT350 tank with decent results . That tank did flash rust and I retreated it and then neutralized the acid ASAP . It still formed a small amount of flash rust . I'm running it with an in line paper fuel filter and haven't had any problems .

The Simplex tank is a bit more rare and harder to find . I was reluctant to use muriatic acid in it for those reasons . Through research , I read about oxalic acid , sold as wood bleach . Oxalic acid is a lot safer to work with , but still requires due caution ( READ THE LABEL ) . It's not nearly as toxic as muriatic acid . It does NOT harm painted surfaces . It just eats rust and leaves a protective coating on the steel after being thoroughly rinsed with water .

I used a diluted mixture from what is suggested , which is 12 ounces to 1 gallon of water . I used 12 ounces to 2 gallons of water . Being as the solution was weaker , I left the mixture in the tank twice as long and the results are shown below .

This is what I used : 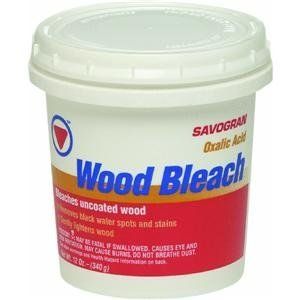 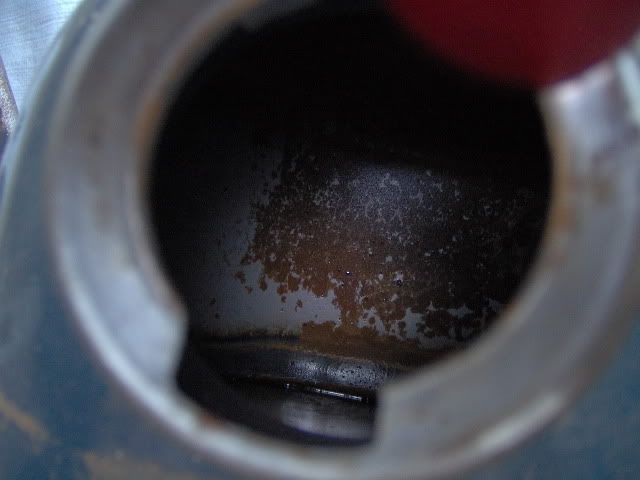 And, here's the tank after being filled with oxalic acid for a couple of days : 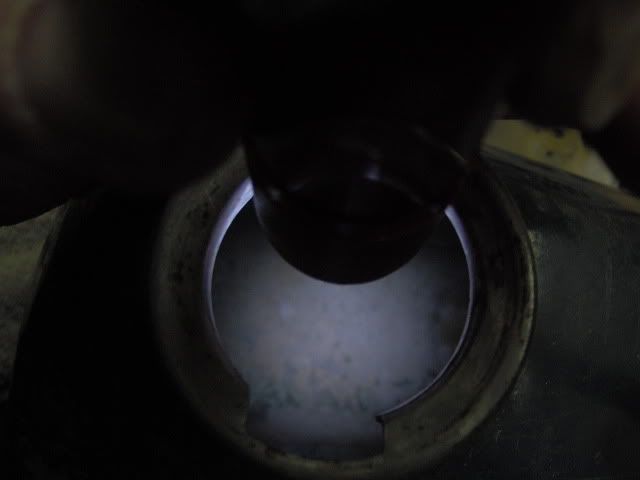 This stuff really does work great . I'll use it from now on when treating rust .

Thanks,PD! I have never tried that, having used muriatic acid, weakened quite a bit. The oxalic seems like a better choice. don-ohio (:^)

I use it often, with the same great results. Very under-rated solution. Fairly safe, too.

Definitely gonna give this a try!! Certainly a lot cheapet than Evaporust. A 5 gallon bucket of that is nearly $100, you could easily mix up a bucket of this with water for next to nothing! Thanks PD!

Is it safe/effective for pitted chrome?

I can't imagine it harming chrome , as it doesn't even affect painted surfaces .

IIRC , I did have some cheap chrome cap nuts that started rusting at the edges . When I removed them from the solution , they just needed a rinse and wipe with a clean rag . No rust and what chrome was there shone .

Does the protective coating left behind cause any issues with gas in the tank. Just swill some premix about in it and dump it out you reckon? I can't believe how well it has worked.

> tank. Just swill some premix about in it and dump it out you reckon? I

> can't believe how well it has worked.

I wasn't sure how or if there would be a problem either . So , I did exactly as you say : swirled a bit of premix around in the tank and dumped it . Then just filled the tank as usual and went for a ride .

Although , I really don't think that the coating would do much of anything if left to mix with the fuel . I always run an inline filter and some of the crap I've seen collect in those while the motor keeps ran fine ...

Always use an in line filter. Just cheap insurance. On exterior parts I always coat them with something with some type of oil so they won't start rusting, which they usually do, almost immediately.