Dies at half throttle

The Wygle /
Go to branch
adamw
This single post is part of a larger thread. Start from the top or view this post in context.

My Puch goes 30-35 at half throttle, but as soon as i open it up any more, it cuts back and almost dies. It's been suggested it might be the exhaust which is clogged that would cause that. I took the exhaust off and ran it at half, it worked fine, then opened it up and it died down just like normal. It has also been suggested i need to jet up, I have the Puch High Performance Air Filter shown below. Right now my jet is a 64. Any suggestions on how high I should try? I also gave a pic of my bike, it's a Puch Maxi N (or NS, I'm not sure) 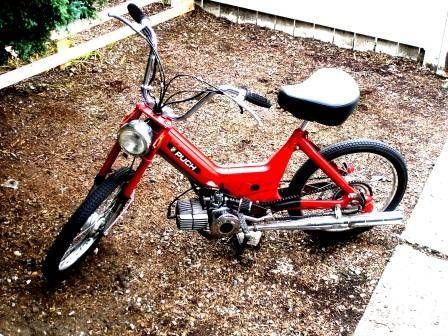