I will bring this back to Pittsburgh later on but for awhile it's gonna be at my brother's place in Philly. Picked it up for trade and literally havent touched it.

Typical P/O backstory including "me and my brother rode it all through the 90's then parked it when it wouldnt start one day, dunno what it may or may not need" ... I say they rode it hard though cause the signal stems and bottom side covers are missing and the front end obviously took at least one big knock. V1 complete w intake carb and pipe, 17" spokes, head and tail and the cool 5-star integrated control collars/switches. has fork/tank key, everything else is there cable and wiring wise, seat needs new foam.

Packing up the camping gear and a buncha hobbits this week reminded me how much i liked having a couple plain jane lightweights around so Im hopeful about trading this big meaty toptanker V1 blaster wannabe (albeit a project presently) for a simple mild mannered bone stock lightweight or part trades... trades in philly for now or pittsburgh later... 'specially runner and extra 'specially a rigid like:

Sachs rigid kick-braker (even a lowly 'B') sundancer hercules westlake 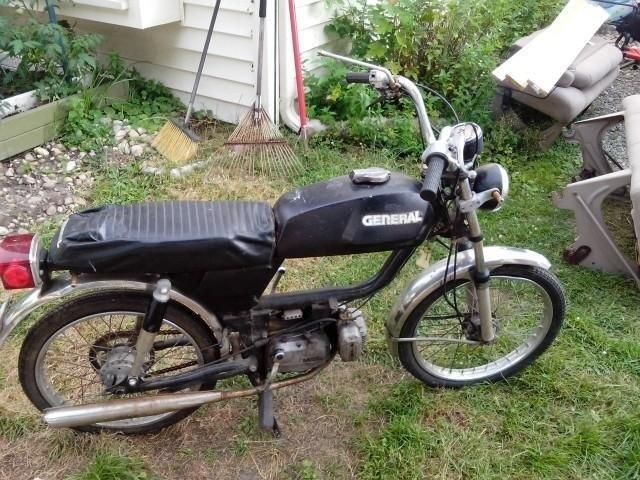 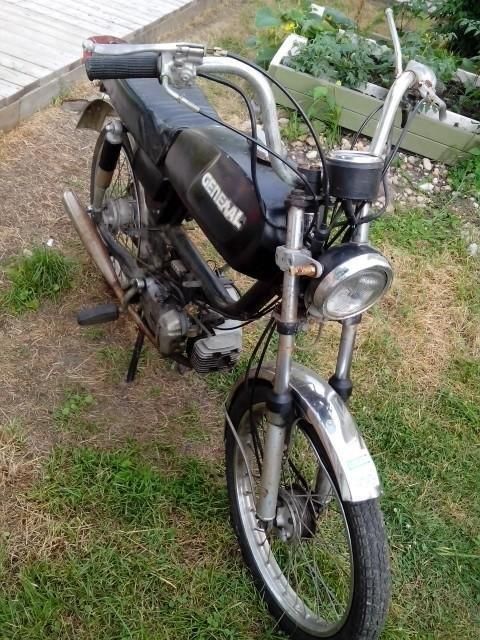 pm's back. Anything is for sale of course but I'd really dig a trade for a small polite rigid stocker, or other smallish ped / maybe noped

Stock FA50s do 28, but after a side bleed pipe and tuner job they will make a 250lb ride do 40+ on flat land. When you bury the needle on a 40mph speedometer you are living life to the fullest.

How much I'm in jersey

pm's back again... I'd still prefer to find a nice trade but if its selling outright eventually I suppose 300ish is where I'd be.

Dang I would totally do that trade...if the 7 wasn't my girlfriends bike....and you weren't' 9 hours away..

Look at those forks. the curve is sharper than my intro to psych class grades

I know right? And i have the the corresponding bow in the front rim picture side up :) still hopeful to trade for some nice little plain Jane maybe you scooped up on the cheap....

Bump... Also have another complete running V1 we could talk about :)

I can't make it to Philly this week

andrew... pm'd you again with details.... if you are a "sure thing" simply prepay and ill hold it until its convenient for you to pick up :)