I have a stock AV10 I don't need anymore. Its all stock with a newer cylinder on it. The original had stripped exhaust so I put a nos cylinder on it that has maybe 5-600 miles on it. Stock variator with original 4 ball guide. Only has 2 balls installed. Motor will come with the extra 2 if you decide you want it to not be cool. Pros of owning this motor include: Its an av10, its a factory av10, and its a running av10. Cons: not many. Though the starter shoes are worn out! So reuse the ones off your av7 you're trying to ditch. The clutch plate also doesn't mate up to the crank super great either so if that an issue I can include one that does but has had 2 clutch arms cut off. OR OR you can reuse the clutch plate AND starter shoes from your av7. Just making this part known. Other than that, the motor is tip tip top. Only reason I took it off was to put a kickstart av10 on instead of this. Now I have no use for it. It just sits on my shelf. PICTURES PICTURES PICTURES Ask questions before buying.

Asking $250 shipped. Wow thats cheaper than the crate av10 motors and this one is from the 90s! Add $50 for the assembled varplus. I will also hang on to it for the Swoops Savannah Rally and will knock a little off because I don't have to ship it but still need monies now. 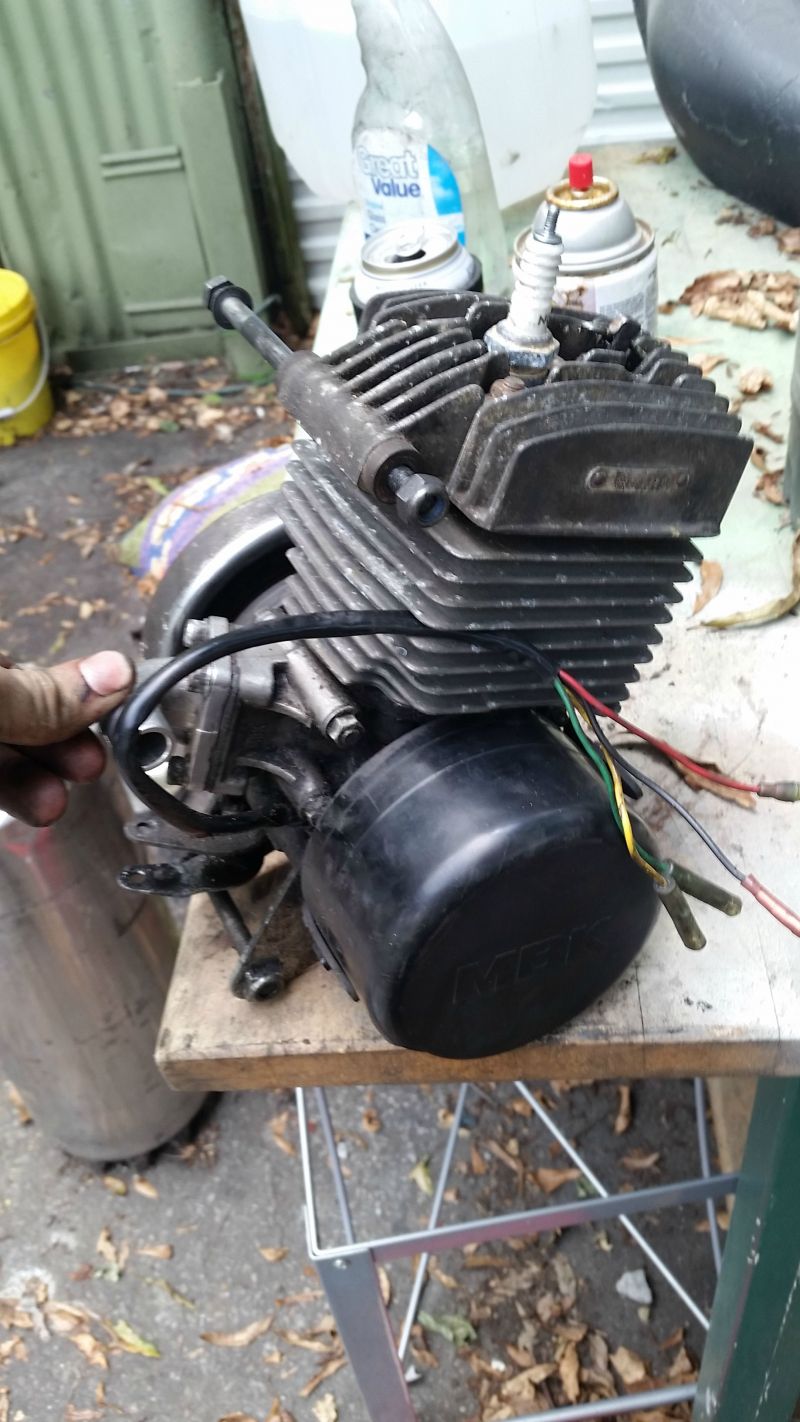 Oh yeah and it comes with a spare reed valve. Just a factory one but its new.

I wish I would have found this a few weeks ago. Got $650. Into one from scratch.

Never hurts to have 2.

I forgot I was selling this. Still for sale.

I'm willing to entertain offers on either the motor or varplus or both. I don't need this gone, just want this gone. I makes a great bookend too.

Sorry the av10 is no longer available. I do still have the variator with varplus.

Assembled Varplus with no clutch plate. Rest of everything is pretty shiny still. The roller weights have seen better days but still do their job. All of this is in the photos above. $50 shipped. Last bump on this thread. I'll post the varplus on its own later.