This is located in the Charleston, SC area. This is not my moped and someone approached me with it. Since he's not doing anything with it, I figured one of you would love to own this instead of having it sit in his garage.

Let me know if you want it and I can give you the dudes contact info. I don't know him personally so it'll be no different than buying off craigslist.

"Here are some pictures. I myself am a fan of pedal start/assist vehicles and had put an ad on cl a while back looking for one, and this is the only one I was able to find, and had to go to walterboro to get it. It needs the seat reupholstered and a full body paint job. I coated the surface rust with oil to hopefully abate the process. It will also need new tires though the front one did hold pressure for some time. It had compression and spark, but I never had the right plug for it besides the one it came with, which didn't seem to fire properly. Also never messed with the carb, though fuel was getting through. When I was workiing onnit a friend of mine mixed the fuel by ear..so that could be an issue with it not running properly. I do remember that it sometimes seemed to fire when we were trying to pedal start it, as it became easier to turn but it never picked up. I do think it could run again though I would just bypass the oil injector and mix the fuel direct, but it is more work than is worth it to me, at the moment because of circumstance and my having too many projects and not being an enthusiastic wrenchturner. As for how much I would want for it is hard to say cause I would ideally want to trade it for a honda trail, and the price for those varies upon their availability. As it is though if I got a honda trail I would just leave it with my brother for his property in union, sc, and could do the same for this as he doesn't have That Much land to roam on. But cash price I guess I have about 300 in mind let me know what you think about that. -Jay" 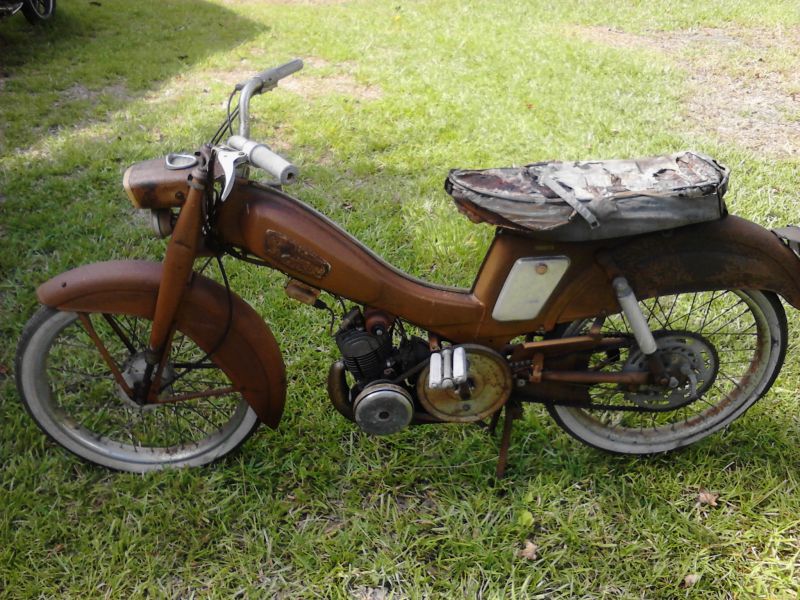 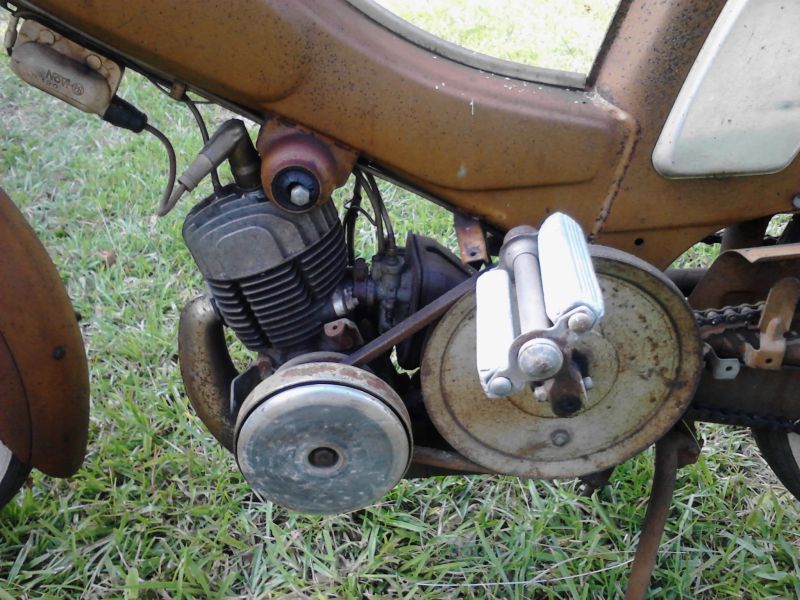 I'd tell Rebel Moby about this

Depending on price I would want that.

I asked him to let me know if it falls through and if so, I'll give the next guy who PMed me with the info and so on so forth.

I'm not looking to do anything more of the middle man here other than what I've already done. It's a beautiful moped and I just wanted to make sure it got in our hands.

As far as the price, he said But cash price I guess I have about 300 in mind let me know what you think about that at the end, so I'd offer him like 200 and see where he goes with that.

Christian, Put me inline for this guys info. I'll buy it tomorrow