Have a pair of 50 V Motobecanes in decent shape, both have new tires and tubes and are just the way I got em. Both were said to run, but will need tlc at the very least to get them going. One has a current reg. sticker on it and is upgraded to a newer carb. This one has a after market kill switch on it. It's the first 3 pictures. I'll get pic.s on the other soon, but they look the same seats and all.

Just have to many projects to get to them, hit me up if interested. Willing to ship at your cost, could even deliver in Michigan if pre paid and small fee. 400 bill's gets both, theres over a hundo in tires and tubes on them!

front on the same bike as above two

What part of Michigan are you in? 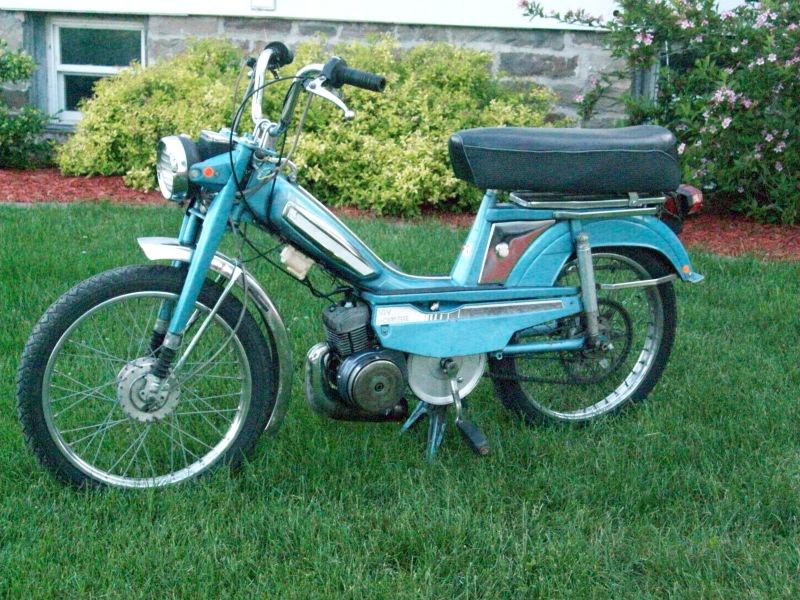 Jason, I emailed you. I want the two blue Motobecanes.

Doc.....save some for the lil guys

I'm where all the cool guys live, Bay City that is. I checking email now

more pictures in case sale fails. Second bike pictures then both on last one