I picked up this Maxi the other day.

It is pretty crusty around the edges but surprisingly not in the moving department.

Like all the chrome is roached but all the wheels and levers and cables work silky like. The engine turns over real smooth (almost too smooth...) and it has probably the hottest spark I have ever seen on a stock e-50 (almost too hot...).

Its brown and like 98% there. So far the only pieces I have noticed to be MIA are the speedo and some of the side cover screws.

I have a feeling the paint itself will clean up halfway decent and the tank is aight. It has a little rust dust but no rusted flakes.

It doesn't start except for rare occasions when you pedal the shit out of it then only runs as long as your throttle is mostly open.

I suspect there was an attempted rebuild and some sort of complication arose. Thats my diagnosis anyhow.

I did crack the case today to make sure it was sealed properly between the case halves and it seemed to be.

I didn't have any fresh seals and the bearings were new/ish so it possibly could be leaking at one of the seals.

The other possibility that I am considering is the top end being jank. Even though my compression tester said it was aight I am suspicious of the top end.

So pretty much what we have is a Maxi ready to be built up or ridden as a rat.

Good news is she is almost all there and she has a title.

Even though I know this is probably a bad place but I am looking for horizontal minarelli scooter hop ups too.

Or trade for someone elses project bike.

I am up in Madison WI.

I will get some pictures tomorrow after I give her a bath,

Here are some pictures of said project Maxi. 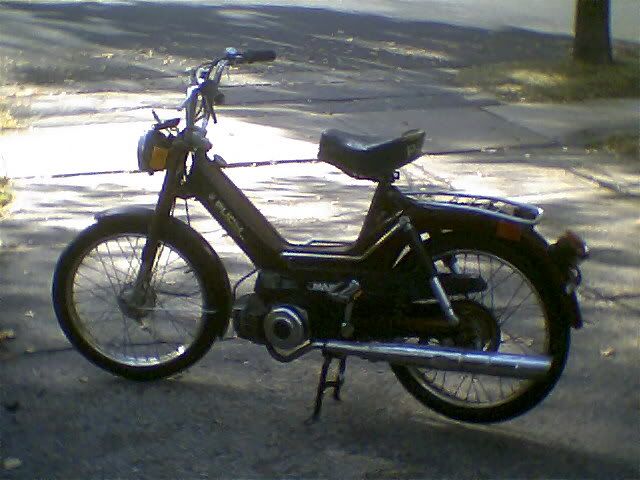 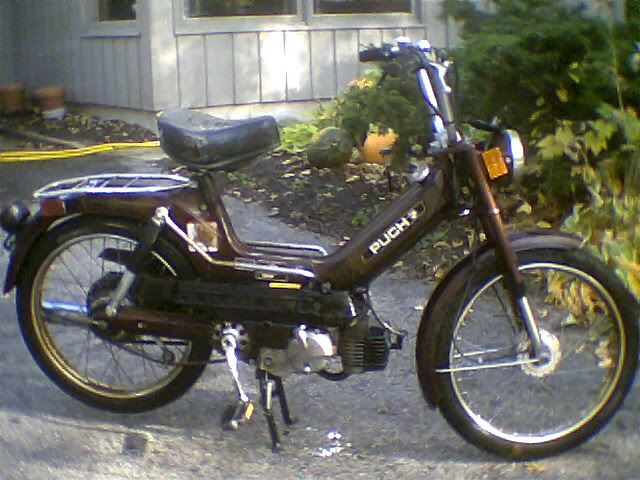 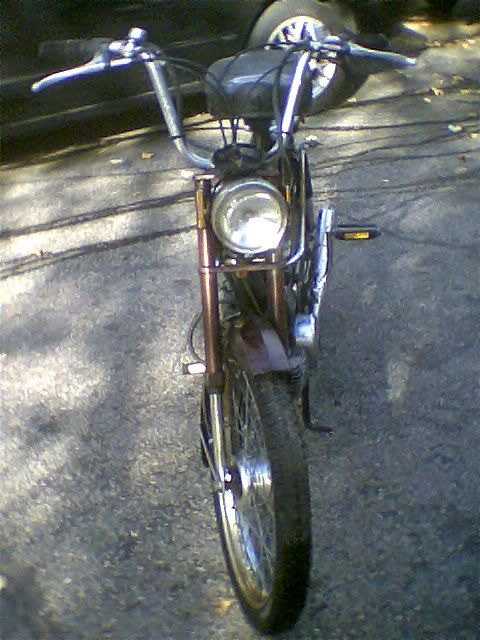 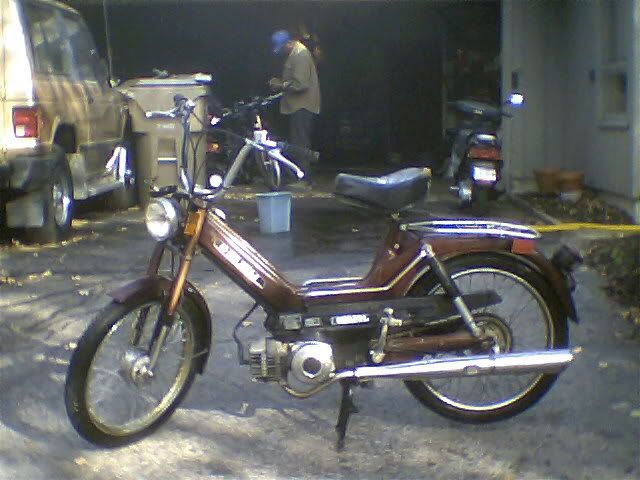 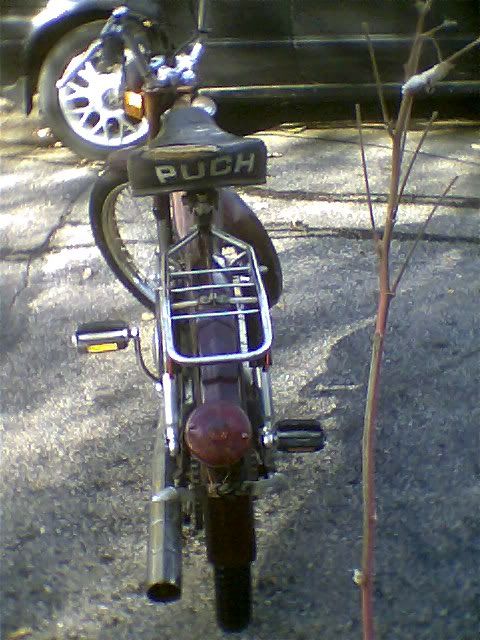 Its actually pretty well off as far as functionality.

The project part is the fact that it doesn't really run or start so well.

Like I said I have had it do both but not in any sort of reliable/proper manner.

Shoot me offers or trades.

And once again, I am very open minded for trades on this one.

As you can see from the pictures I am also in the market for a decent digital camera. Also could use a GPS.

Otherwise a different proj bike or performance stuff for whatever would be good.

i'd trade you a hobbit project, if you come to austin for the rally. otherwise good luck with the sale. it looks real pretty.

Yeah I have a feeling I would get shot if i went to Texas and got drunk.