Part of me is curious, because I know a lot of people are totally interested in getting my green 1975 motobecane. So I'm making this post to find out what someone would be willing to trade me for it.

I don't feel like dealing with cash, so a cash sale is out of the question, I would rather keep the bike then have cash and have to wait to find another one. I would trade it for another moped though.

The basic description of the bike is simple; It's a 1975 Motobecane Mobylette with the varaitor clutch and an AV7 DCL engine. The moped it self, was imported from germany. It's extreamly clean all around, aside a few small nicks in the paint here and there. The tires are brand new, as are the inner tubes. I totally rewired the bike and replaced the HT coil because the old one malfunctioned.

The problme I have with this bike is, it's TOO nice for how I ride. I take long trips, I ride though a couple dirty, muddy areas to get where I'm going. I don't wanna distroy a nice bike like this.

I can't think of what I would want to trade for it, all I can think of off the top of my head is that I like a large variry of Puch Mopeds. (Maxi, Magnum, whatever) I had a Maxi, and it ran super awsome, but the body was a total turd. (very bad condition).

I'm located in the Chicago suburbs, shoot me an email if you think you have something I would want. 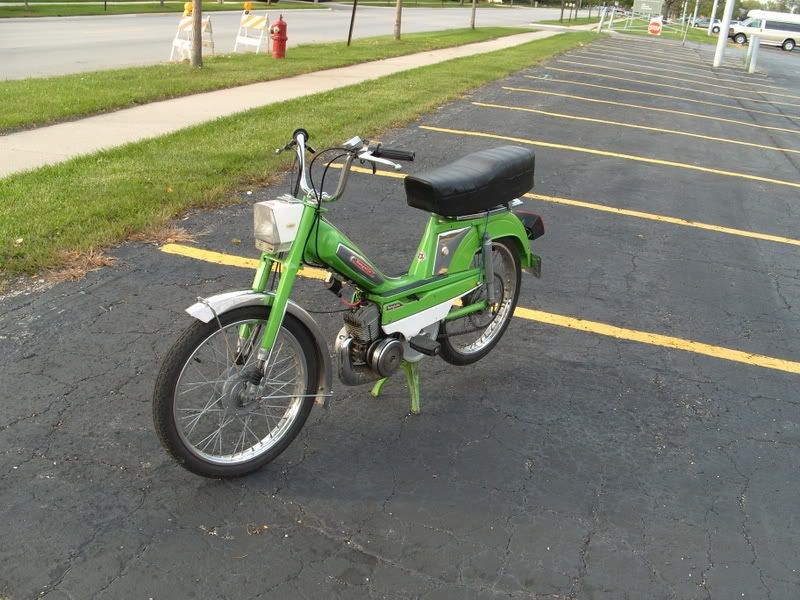 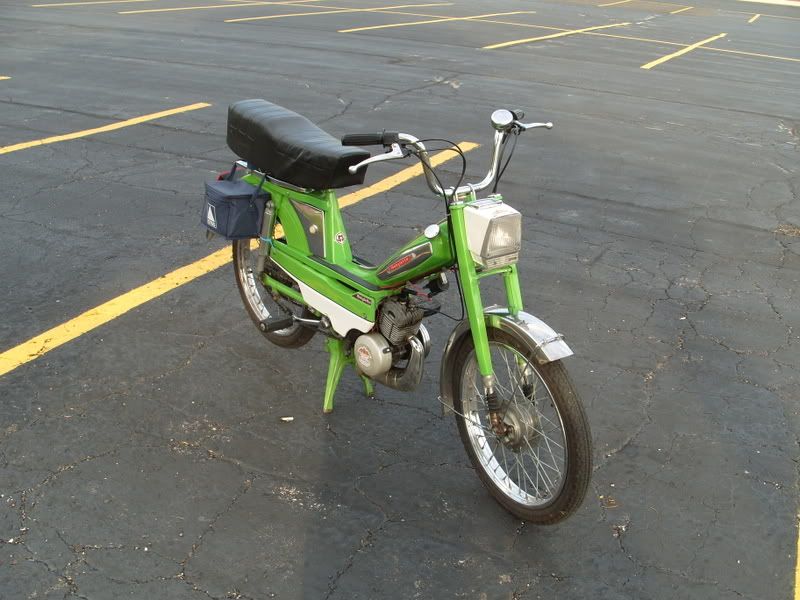 I made of a video a couple days ago.

Lame. I have no idea how to embed videos here, whatever

That freaked me out when you turned the camera around while riding! Very nice Moby - cool color. How many miles on it?

I know, right? I kinda wanna get another Maxi. Seemed like a nice bike, just the one i had was in terrible shape.