-za50 rebuilt by Chriz Paz (ported, performance crank,pucks) and you know two speeds are not cheap to rebuild.

-i have plates for her too.

its not running atm, it kicks and starts easy, but it doesn't accelerate and idle. might just be an air leak but i'm really too lazy to fix it and i recently found a motorcycle i really want and i'm short some cash so getting rid of this would fund it.

this picture is not updated RIGHT NOW it has a 15mm bing w/ polini intake + estoril exhaust but if you buy it ill give you the reed intake + dellorto carb. 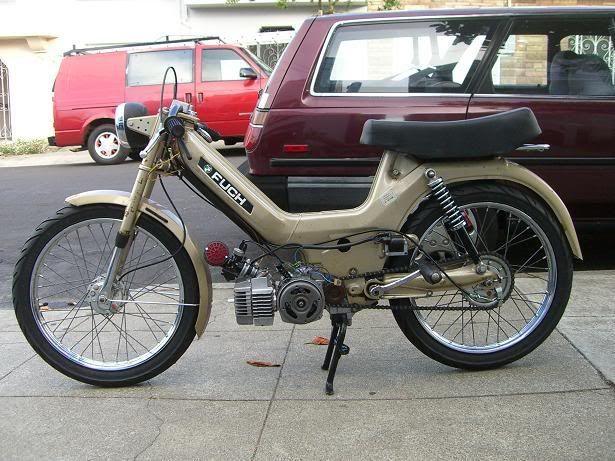 i just really want a motorcycle.