one word comes to mind......junk! He'll be lucky if he gets a bicycle for that thing. That appears to be one of the earlier models, which was known by the US department of Highway safety to explode when hit in the rear. This was due to the fact that the gas tank was located near a crumple zone. When hit, the tank would be driven directly into the rear axle and the driver would be either severely injured or dead. I wouldn't want to get at that line he talked about being bad, that would be a monumental headache. Wish all the best of luck to him, but I wouldn't give up a sure thing for something that may end my life later on. Crown Vics are probably one of the biggest piles of junk on the road and they aren't selling anymore. If people want big, roomy rwd, they either buy and old Caprice, or get a new Dodge Charger.

You are thinking of the 92 model 5.l engine that the cops drove,this is a 95 4.6.liter. I have owned this car for 10 years and both my teenager boys learned and drove this car for 4 years, I would not call it junk, it was great and I miss it. Its old and there's lots of kids looking for parts(PARTS) get it.

I'm set for now. I'm keeping the orange ped for my son,

I'll be redoing an engine soon. I won't be buying any ped unless its cheap and not running.

nailhead do you know anything about cars at all? You can replace any line on that thing in a half hour, and the gas tank is in front of the rear axle

Actually, I am a mechanic. There was a recall on Crown Vics about a couple years ago for the fuel tanks. I haven't done a tank on one yet, but I do remember the recall. Here is more info on the tank. It is not located under the seat, ahead of the rear axle like a new RWD car. It was not until 2003 that Ford issued a recall and demanded a shielding device be installed. All Crown Vics, police and civilian, Lincoln town cars, mercury grand marquis are based on the same platform known as the Panther.

The Crown Vic tank is not laid flat like in a GM RWD car, it is sandwiched between the rear axle and forward trunk wall.

No huffy your wrong. I was just recently working on one of these and the tank is in fact behind the rear diferential. And nailhead is right they did tend to burn because in case of a rearending the differential hanging mount would slam into and destroy the tank.

I don't think Huffy is a mechanic. I will stand up for Ford (somewhat) in a couple aspects. One, the problem was made worse by police installing equipment trays with machine screws that drilled into the fuel tank causing minute leakage. However, Regular Vics' still had a tank detonation problem, as you will see in the official government report and in Crown Vic safety concerns webpage that goes into detail about the Panther platform. Two, in 2005 Ford added tank shields to the new chassis devoloped for the Panther platform to alleviate this problem. Although, this did little good since I saw a brand new Lincoln Town Car in NYC that was in a rear end collision and the fuel tank had detonated, burning sheetmetal all the way up to the rear passenger door. This problem is all caused by the rear crumple zone design which ALL Panther platform cars share. I should have taken pics, it was awful. A bodyshop bought the car and intended to repair the car and resell (in common NY chopshop fashion). It was an Executive LWB car used for livery service. and Thank you Daniel, for backing up my assertion.

To further illustrate my point:

Can't get any clearer than that. There is no difference in the 92' Panther platform and the 96' Panther platform. It's the same bad chassis design,no matter what small modifications were attempted.

if someone drives carefully, and gets that plastic shield installed, then no, its not that bad of a car afterall. I can see it being worth a moped at that point. and I had no idea at first that "mabecane" was selling the car to begin with as people sometimes randomly place Craigslist ads in here, along with Ebay.But, I still stand by my assessment of those cars and why I would never own one. I only made the additional posts because of someone trying to say "do you even know anything about cars"? It was not a personal attempt to ruin Mabecanes deal. My apologies. Facts are facts though, they do have problems and a fuel line on a Crown Vic is not an easy thing to replace if it's the one that goes over the top of the tank from the sending unit. We had a 96' at college, non-police, and it was hard for people to deal with. I never did the tank on it, just some engine work. It did have that same dumb fuel tank design and the rear crumple zones. Caprices have the fuel tanks in a bad place too, but they are less likely to explode because they don't have a lowered forward trunk bulkhead.

What is this. The Inquisition?

So many specialists know it all ,looks like someone got up on the wrong side of the moped. What do you give a shit what I'm trading. Lighten up. Embrasse mon cul! 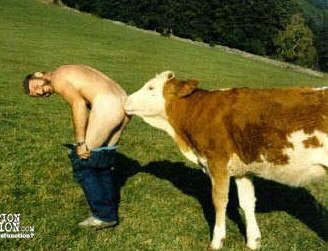 I'll trade the cow for a moped.

yeah nailhead I am a mechanic. And those are GREAT cars, I've had 4 of them. You cant kill them, and theyre easy as fuck to work on, they dont get no simpler than that. Do you feel good that you did all that digging and made 5 posts about how wrong I was? Jackass

It took me a few hours to replace the fuel lines on this car.

I retired the car when my son happened to be driving by me and he was loosing all his fuel, since we were close to home down hill I jumped in and let the car cruise under its own power to my driveway. To make a story short some plastic part broke and the pump pushed all the fuel out. I was too lazy to drop the tank so I'm selling it for parts( fucking Parts)

Nail head if you have a bug up your ass,get rid of it.F*** off

next time nailhead trys to sell a moped lets all post "oh hahaha you cant even get a bike for that piece of junk". Maybe the thing kept breaking because you were the one fixing it nailhead. Nailhead hmmmmmmm, does that mean I should hit your head with a hammer?

sorry its a hobby of mine