Go lick some used gloves laying on the ground somewhere.

So horrible how many gloves are being thrown everywhere in public now. I fuggin’ hate people. And little compostable dog shit bags laying all over too :-( Life causes cancer.

angst not you trolls, for it will not add another minute to youre moped lives.

they are stacking bodies in walmart basements.

Trump needs to get that Soylent Green Factory up and running

Damn, wayyy morethan 30-32 dead =Don. Eating your words, though you’ll never let on that you’re actually choking to death on them. I’d say you’re wrong as F on this one, just like your King Trump. We had a good heads up in this country, but he chose to downplay it and bury his head in the sand :-/

All this, and he's NEVER admitted that he was wrong. He will however tell all of us we are wrong. LOL!

You're wrong to panic...………………...not even Dr. Fauci knew that this weaponized (in the sense that China lied and WHO helped them continue it) virus would be so contagious.

The country has to be opened up and this dealt with in another way.

BUT if NY paid the heavy price because of mass transit, well, I would move away, rather than be such an easy target.

The flu of 2018 killed 60,000 people...………………….no government shutdown that I remember. Protect the most vulnerable, especially with co-morbidities and get back to work. it's happening.

> TEN MILLION people have died of it.

> go ahead and PANIC!

> it) virus would be so contagious.

> The country has to be opened up and this dealt with in another way.

> BUT if NY paid the heavy price because of mass transit, well, I would

> d move away, rather than be such an easy target.

> wn that I remember. Protect the most vulnerable, especially with

> co-morbidities and get back to work. it's happening.

You're a moron and you're aLwAyS wRoNg DoNoHiO. Corona is coming for you. (edited)

> it) virus would be so contagious.

**It's also home of the stupid. A prime example of this is people such as yourself making light of it and not taking heed to warnings. Preaching Live your life exemplifies this attitude.

> The country has to be opened up and this dealt with in another way.

**The virus dictates when the country needs to be opened up, not Trump, Fox News, or all the conservo devotees who are out protesting like idiots.

> BUT if NY paid the heavy price because of mass transit, well, I would

> d move away, rather than be such an easy target.

Mass transit is the norm in a big city like NY. Mass transit also makes it possible for people with no means to traverse any other way to be able to do so. Don't forget that owning a vehicle is a luxury that not everyone can afford. If you have one, be grateful, and stop acting like a classist and shaming those who do not.

**The flu is not nearly as contagious.

> wn that I remember. Protect the most vulnerable, especially with

> co-morbidities and get back to work. it's happening.

**Before it's all said and done, the COVID-19 numbers will exceed 60,000. If we get back to work too soon, which will probably happen, we will probably see the numbers hit 6 or 7 digits.

I am amazed at what an idiot you are, Don. Unfortunately, there are too many others who think like you. Perhaps while you're out living your life, you should think about protesting the COVID-19 virus, like morons from your camp have done already in several states. If we're all lucky, you'll contract it, and you won't survive.

Has anyone stopped for a second to think maybe Don and Pops and a few others here could be millennial liberal Supreme trolls pretending to be crusty uneducated douchebags? Some of this stuff is so ridiculous it makes me wonder.

Same here, which is why I still poke at it.

Tbh, if this is a super long troll I'm genuinely interested in the "why" and to meet the person behind it. Seriously. Why would a normal human spend that much time concocting and living such a stupid persona?

Some have suggested Simon is doing it for traffic but there's never been enough traffic here to make any financial difference with Don being a shithead or not.

B.) Simon (or someone affiliated with MA)?

D.) high functioning autist member with multiple accounts with too much time and no friends?

That's kinda where I'm at as far as theories.

A or D are my votes lmao

That would be Stanislav "C"

He does look Russian tho.

All we need is someone to have a peek at the google analytics of the site and see where the IP originates and we could take off "C" and if Simon won't tell us if it originates within the US then we might be able to knock off "A" and "D" as well. 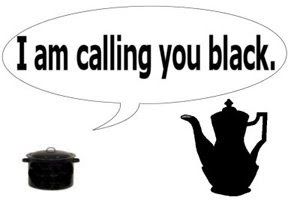