Just bought myself a late 70's (NOS!) bicycle. Everything is still covered in protective oil and a bit of dust.

Rode it 15 miles back to my home and its a delight to ride.

Anyone else have vintage bicycles?

Yeah I got rid of my Schwinn vintage chopper and 10 speed a while back, should’ve kept the chopper,

That's awesome to find something in that condition.

I have way too many bikes. 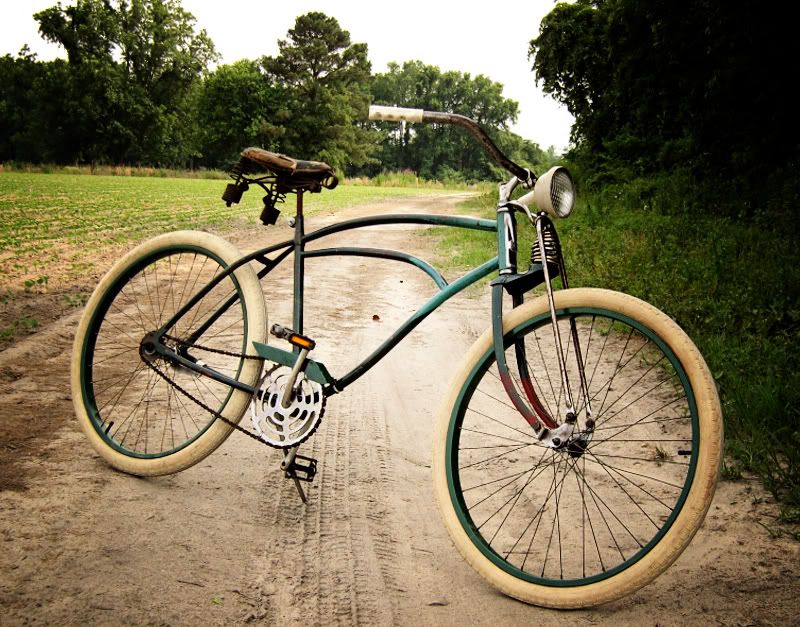 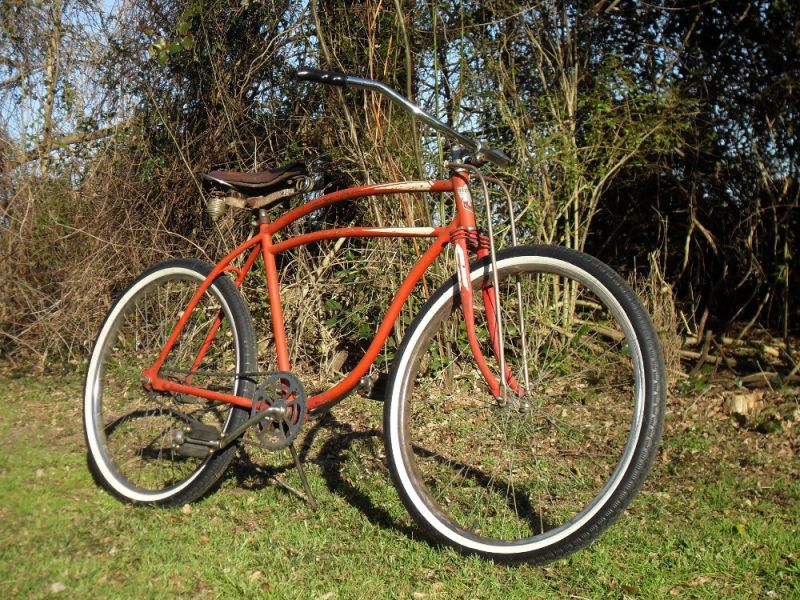 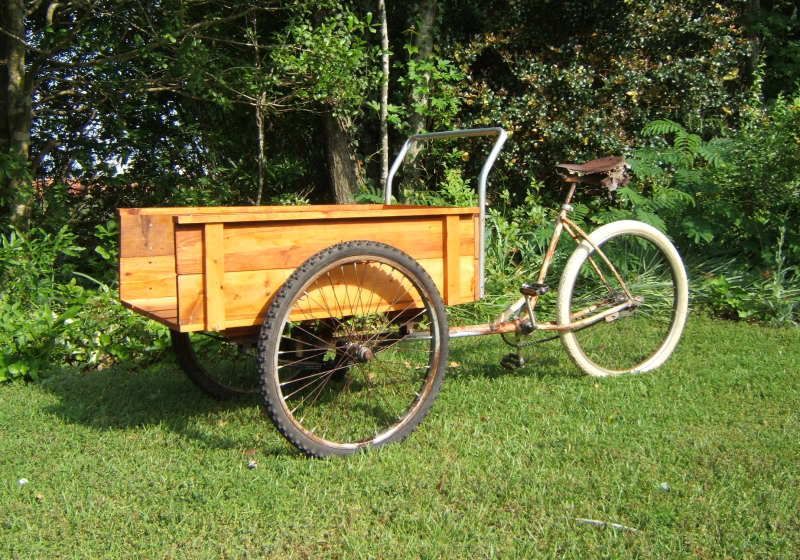 They are made of some sort of polyester And they are a pain to take off, so i hope my chain stays on for a while.

> That's awesome to find something in that condition.

> I have way too many bikes.

Cool collection! I'm not a big fan of those Schwinn? Bicycles but thats because we didnt have those sorts of bicycles here untill recently and now pretty much only douches ride them.

That "bakfiets" (crate bike) is very cool, what brand is it?

Great looking bike! I love how euro bikes came with lights standard, super cool. I guess all my bicycles are "vintage" but so 'am I! :) Oldest is a '74 Schwinn Suburban 5 spd, was my Dads, been sitting forever, needs tires and a good cleaning and going through, but is in beautiful shape, paint and saddle wise, really should get into that some day, but like mopeds they are not worth much $ wise, just to have, as like what you just bought, will last ones whole life, they are that well built.

I have a coupla 3-speed English Racers up here,probably 70s or 80s vintage. Need tires and tubes. Sturmey-Archer 3-speeds. I believe one is a Raleigh. They are both pretty heavy.

^ Those things are un-killable! :)

Yeah,they are sturdy and reliable. I'd love to make motorized 3-speeds out of both of them. Need better brakes though. LOL!

> I have a coupla 3-speed English Racers up here,probably 70s or 80s

> vintage. Need tires and tubes. Sturmey-Archer 3-speeds. I believe one is

> a Raleigh. They are both pretty heavy.

Yeah I had several of those also with the three speed chain operated rear hub, would be nice if somebody invented one of those 3 speed hubs for a Moped

> > vintage. Need tires and tubes. Sturmey-Archer 3-speeds. I believe one

> > a Raleigh. They are both pretty heavy.

> d rear hub, would be nice if somebody invented one of those 3 speed hubs

I've thought of that too,Ken. They just wouldn't take the strain of a moped engine.

got a 74 Motobecane Grand Jubilee at home, all original except for an added pair of mini brake levers

Wish i had a pic, but a guy in my shop found a pre war bicycle at the scrap yard with linkage rod brakes. I had never seen that before, super rad and very sketchy looking.

Hek! I was going to start a thread myself for this beautiful

1965 Schwinn Varsity Men's Touring. Has the original friction driven, bullet Head and tail light. Weighs right about 40lbs. 10 speed. Original everything except tires. Also has a speedometer and Odometer with 13 miles on it(when I bought it)! Unfortunately the Speedo drive was super stiff and after me heating it up trying to free it up... It melted. Got it for $35!

I was a BMX teenager and still have my Jim Cielinski bike i built (its getting vintage i guess??). Otherwise oldest i have is a early 90's Diamonback Mountain bike.

I used to work at a bike co-op in Atlanta and then helped found one at GA Tech, we did a lot of helping people fix up bikes. you get a lotta fun experience with a wide range of bikes, but what's fun is it's a very different experience than a bike mechanic. you're almost never working on bikes worth more than a few hundred, as those "good" bikes belong to people with money and they go to legit shops. We did get a few crazy super nice bikes too. But the fun stuff was old high-end bikes. things that were worth a lot and just sortof fell through the cracks, or shit would come in with garbage bikes that somehow accumulated top notch components. I personally developed a deep appreciation for the arabesque shimano 600's. so sexy and they work excellent. 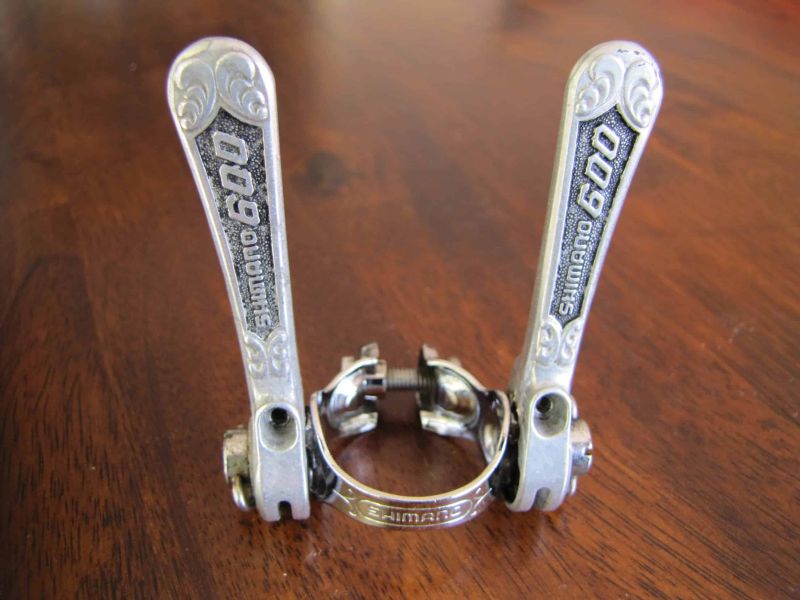 Also really enjoyed the oddball shit - bikes with actual dual shocks, or shit old brands like huffy that got the trial components like positron shifters or whatever - garbage that never caught on for good reason but still interesting points in bike history. And we had some real cool scores come through, dedicated pursuit race or triathlon bikes, ultra early mountain bikes with the triangle bars, some first gen Peugeot aluminum frames bikes and early trek and other carbon tubes. Those first gens are always cool from the history, but they all had serious flaws - shit where there just wasn't the experience and time for testing to know the best way to affix a derailleur to an aluminum dropout or how to seal the ends of carbon tubes so they don't delaminate at the lugs

Those old electroformed shwinns came in pretty often, they're totally awful but in the same way kinda amazing with a real classic style.

I've had a lotta bikes from that, I definitely built a lot and rode them a while. Really enjoyed coaster brake single speeds: clean look, fun skids but can still coast downhill - built a lotta road bike coaster wheels for the fun. My goto has always been my old steel road bike. it's an early 80s Omni, a very short lived Japanese manufacturer I think used the same Nishiki builders. (NOT huffy Omni...)

It's a frankensteing of lotsa bikes, Italian and Japanese etc but it's always everything I want from it. I've won races and ridden thousands of miles commuting and whatever else. it's the longest I've owned any vehicle ever and my most trusted.

Still - I often say it and it's true - if someone offered me 300 I would sell it today. and sillier, if someone stole it I would 100% pay 300 to get it back lol. whatever. no one will offer me that and i'll forever love it

What makez em awful? Heavy AF and a best to shift up hill *grind grind*

1982 fuji suncrest, which is my daily beast (generator lights, fenders, and front rack have since been omitted in an attempt to lighten it up).

c. late-'60's sears (huffy) tote-cycle. this thing is a sketchy, squirrely, fun bike that breaks in two via two thumbscrews for stowage and transport.(edited)

> Cool collection! I'm not a big fan of those Schwinn? Bicycles but thats

> now pretty much only douches ride them.

> That "bakfiets" (crate bike) is very cool, what brand is it?

The two cruisers are a 1950ish JC Higgins Colorflow (Sears branded, but made by Murray), and a 1947 Hawthorne (Montgomery Wards branded, but made by DP Harris. The bakfiets is a Acorn manufacturing Co bike, but I believe they sourced some of the parts from Schwinn. It's probably 1950's. It originally had a cooler on the front and was used to sell ice cream.

> 1982 fuji suncrest, which is my daily beast (generator lights, fenders,

> and front rack have since been omitted in an attempt to lighten it up).

> squirrely, fun bike that breaks in two via two thumbscrews for stowage

That folder is awesome, always wanted one...not sure why..lol, but that Dodge van in the first pic....THAT is super cool! 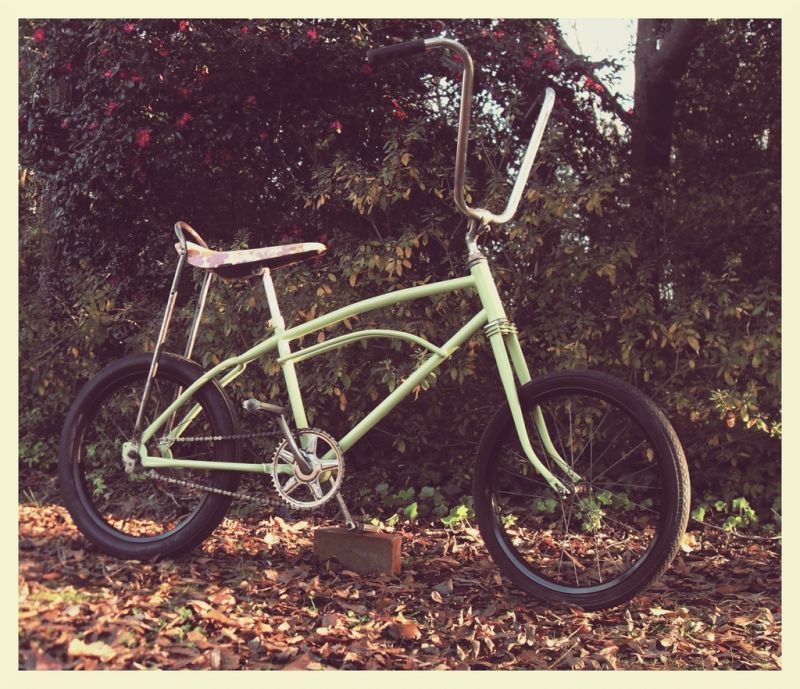 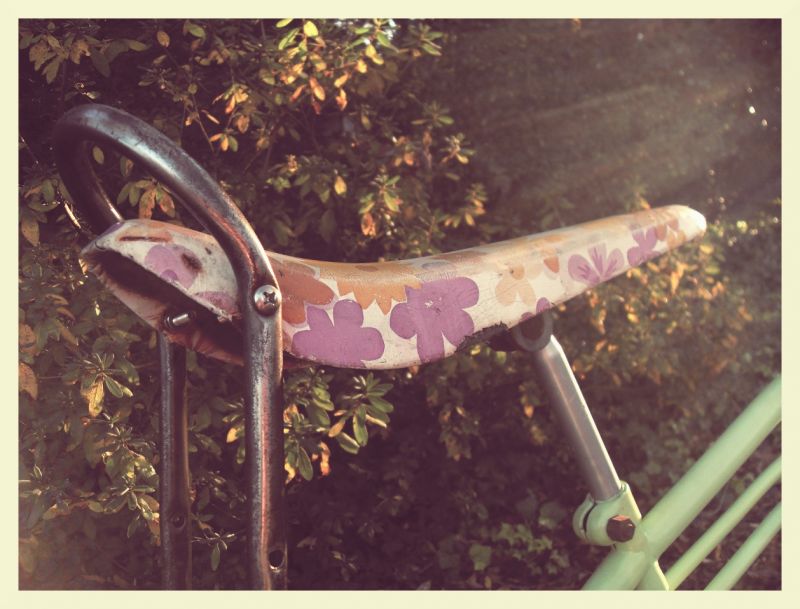 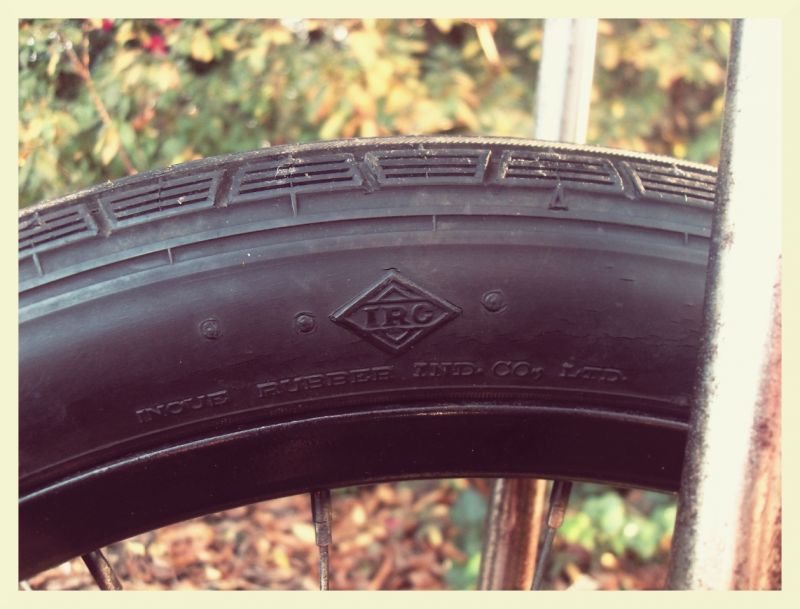 This one has a sweet IRC moped tire in the back.

Still have my first bike..huffy sledgehammer...

I had save up for a brand new mongoose back in '88.

It was stolen in under a month.

> Hek! I was going to start a thread myself for this beautiful

> everything except tires. Also has a speedometer and Odometer with 13

> miles on it(when I bought it)! Unfortunately the Speedo drive was super

> stiff and after me heating it up trying to free it up... It melted. Got

Aww hek I was there! I got the other set of the pair, the female one. Another 10 speed varsity. Exactly the same in every way besides the frame. Very slightly better chrome and paint. Probably thrown on top of the Male copy.

Those old electroforged schwinns are bulletproof bikes. I just picked up a 1968 Schwinn Racer that sat outside as a "yard art" bike. It held up surprisingly well.

Pretty neat. I'd like to get me a sportier version of the varsity or maybe a road bike.

^^ If mine wasn't in such good condition I'd get some drop down bars and slap em on. Love me sum good road bike... Got this thang for FREE. Only thing wrong was ok be stuck link, easily fixed by sum good ole WD-Fourdee

60's AMF Texas Rangerette I just customized for a bartender.