With the Exception of being a little cruddy looking exhaust was very solid!

The only problem with exhaust was studs in the flange that 2 were broken off blowing the gasket out and making a exhaust leak,

I wanted a shop just to drop the exhaust which was in good shape, cut off whatever studs were remaining on both sides then drill out and install new three eights inch bolts lock washers and nuts and a new gasket,

Nobody would do it that way, they wanted me to buy a whole new exhaust from the catalytic converter back even though my other one was in good shape except for the 2 broken studs that made leaks

Well if you want something done the way you want it you got to do it yourself I guess!

The last nut did not come off easy so the last stud it had to be broken off also make me have to remove all three studs,

I removed exhaust and the tail pipe from the hangers, jacked up the van and slid the whole exhaust out then into the garage on a plastic sled,

Here is Two of them cut off and then drilled out

I took a picture of the third removed one removed and the cleaned up mating surface but it must’ve gotten deleted,

And it sealed great

Okay you had a problem and you solved your problem so what was the point of this thread other than to prove you could replace a broken stud and exhaust flange gasket on some weird Ford thing.

Not even a cool story bro.

> Not even a cool story bro.

If you knew how to read correctly you would see by the post it was a Chevy Astro van not a ford of any kind ya CW fake poster!

It wasn’t just one it was all three studs that I cut off on both sides so they would be less material to drill and they were hard grade 8.8, The pictures showed two that I already did.

You did it wrong if the cat con is still there

So you did three studs on both sides and some Drilling I'm so proud of you do you feel better now.

I keep forgetting we're supposed to praise everybody now for whatever stupid things they do hopefully they don't screw up too bad.

Evidently Ken has gone sub hipster and is now a full blown millennial. 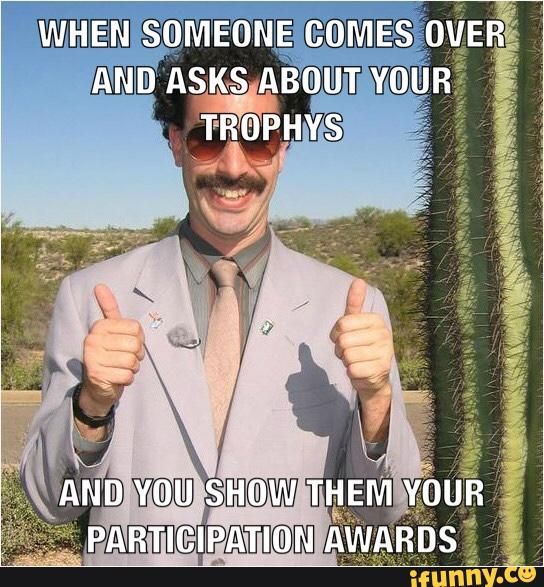 I love stuff like this, it is criminal how shops will not do a simple fix like this, instead trying to jack you for 3 bills worth of stuff you don't need. Most people don't know enough to even attempt something like this. I had a similar issue yrs ago with a corolla, the last of the rear drive ones, stud broke on the exhaust manifold, blowing out the donut gasket, loud as F! Bought it from a guy who kept getting tickets, most shops wanted to replace everything, he could not afford that. I took it to the Midas by my work, did not go to the desk, found a tech smoking around back asked if they had a torch and some bolts...he said hell yeah, roll it in, I did, he heated the manifold, extracted the bolts, put in my gasket, tightened it all up, told the service writer to charge me $20.00. Car was as new noise wise, issue solved for $40.00, ( I gave the tech a $20 as well for being cool and saving me money). $40 vs over 300.00... stupid. I would have done it myself, but I do not own a torch. Glad you saved your money, more people should take a lesson from this.

> Chevy Astro van not a ford of any kind ya CW fake poster!

> > Chevy Astro van not a ford of any kind ya CW fake poster!

Ken just has nothing to do now that everyone has their timing set at 14 degrees, mesh filter with a 74 jet.

last i heard from a pretty reliable source, crazy wayne was living in rural oregon off-the-grid, and hasn't been on a computer for quite some time.

it's probably chip...that guy will take the time to study post after post before he sets up a troll account so he can imitate a user to a T. (edited)

For piston port kits with engines that has good seals

I enjoyed this too.

its something I would do

something I have to do

my 2000 Toyota Echo is blowing exhaust out where

the exhaust donut should be.

omg its tight in there.

need to drop the header, cut the 2 spring bolts and

clean it up and remount with new donut, spring bolts

> you do you feel better now.

90% of this site is equally mundane repairs on mopeds. If you want rocket science try physics.org

Seems muffler shops in general don't like doing patch work these days. If they can't warranty the work they won't bother. The flex pipes on my VW were shot and they're attached to the cats on the down pipe. That's a $1200 shop repair to replace 2 $40 flex pipes.

Or how about the $900 CV boots? Two split CV boots cost me $900 because it was Winter and I didn't have the time to do it. Stupid safety checks. I just had the whole CV replaced because why spend $400 on boots alone.

I use pieces of inner tube to replace cv boots

I know how it's like. I had an exhaust problem on my car and the service manager told me it would cost like 2500.00 for a whole new exhaust system. I was able to fix it myself for about 200.00 in an hour.

> I use pieces of inner tube to replace cv boots

I don't believe the safety checks allow for "repairs" to things like this. Unless you know the mechanic not many are willing to put their licence on the line to save you money.

I get where shops are coming from though. Exhaust systems are terrible because they can look good from the outside but be paper thin from corrosion. You can start a repair and have the whole thing fall apart in the process. Then depending on the customer you could be on the hook for the whole thing. Trying to help people save money can backfire on you. I know if it happened to me once I'd never touch one again.

It seems my aunt just got ripped off by a shop. Unless they used genuine Honda parts. They have to make money too though.

I am in one of like seven counties in Ohio that has the e check inspection, you can’t have an check engine light on, you can have nothing exempt unless the car is like 25 years old, it’s bullshit how the other counties don’t have to do nothing, I don’t know why they still have it in only 7 countys and it’s it not state wide, it’s bullshit you can’t get plate tag or new plate with registration, your van/car fails it is scrap/dead in the water,

if I was in the other 20 something ohio counties I would yank that catalytic converter off my van throw a set of headers on it and gain about 35 hp doing it,

I can't wait till it gets another eight or so years old to be exempt but my van will probably gone by then.

That might be a little too far the other way. Still, since the safety checks are only required to transfer ownership they don't do much to prevent the 99% of cars already on the road in disrepair.

How a f%^king cracked CV boot is "unsafe" is beyond me. Sure the grease could leak out and the joint seize and split and the car could veer into on coming traffic, but you could spill a hot cup of coffee in your lap and do the same thing. The nanny state we've created in this country is nothing to be proud of.

Hopefully Darwin will sort the shit out.

how old is the van? it seems that exhaust is in rather pristine condition for anything driven over 10 years around these parts.

I get outta the e check with my 87. I think it'd still pass.

anyway, why not keep the cat? it's not like you're drag racing the thing and your van is butting up against the absolute limits of it's performance and only held back by a catalytic converter: it's a convenient mode of transportation taking advantage of some really clever and convenient chemistry to avoid unnecessarily emitting unwanted combustion byproducts at essentially no cost or inconvenience to you...

Yeah I find it very impulsive how people would always modify the emission controls on their vehicle a lot of times making it red worse than it did straight from the manufacturer.

Then they want you to fix it so it runs right and I kindly tell them to take it somewhere else that I don't work on cars with modified emission controls for I cannot.

Because he's idiots we'll take it somewhere later to have it smogged and then we'll take you to court claiming that you removed all of the small equipment next thing you know you're in court.

And you will probably lose and chances are they have probably contacted the ARB smog police and if you have a smog license you can lose your credentials and face a heavy Fine's.

I think these folks should just drill some holes in their furnaces so they get more heat from the heater so what if they get some fumes in the house.

He'll just bring the barbecue inside and light it up let's get it over with.

at ken...they dont check shit in col. oh only vin numbers to match, then they run inside out of the rain

> at ken...they dont check shit in col. oh only vin numbers to match,

> then they run inside out of the rain