you are ALL fucking racists.

And sure you can say hey, i joke about it because it's so ridiculous, because i am so NOT racist that I think racism is funny

but what you're doing is belittling a problem and making it SEEM like it's not there. and in doing so you make it worse.

way to make excuses you fucking racists. STOP IT - lets try'n do some good and actually work towards equality WITHOUT making fun of it.

Wait, is this reverse hipster talk or for real...cause I don't understand lame hipster lingo yet?

what is a hipster?

WillD you should go to the next rally in blackface. 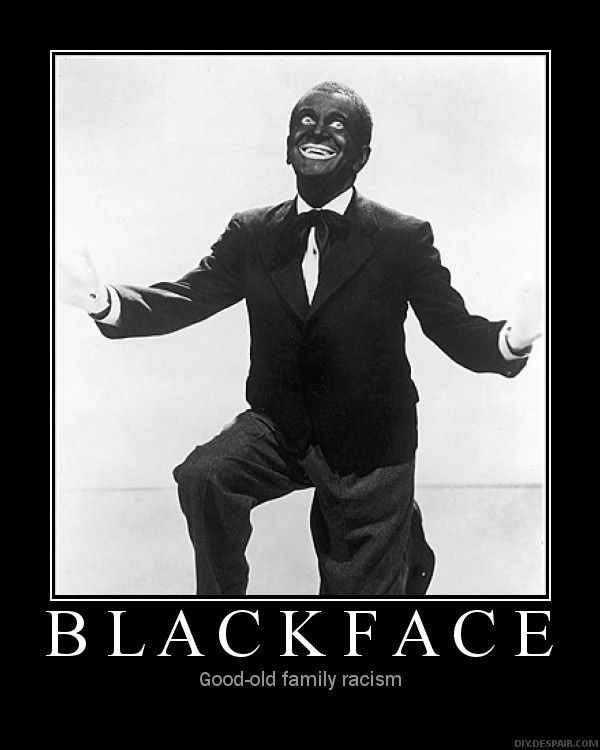 We dont have a lot of colored folk in my parts of the woods so I dont see any problems:P

these kind of people actually think life is supposed to be fair. HA.

From the movie The Breaks. Circa 1999. R.I.P. Mitch Mullany. One of the funniest movies I have ever seen:)

Judge not lest you be Judged !

What is a hipster?

Thanks Roy I needed that !

No matter what color you are, I do not care. If you like the wind in your hair, and know how to make pre-mix, you are a friend of mine. If any of you fuck with anyone based on their color you will have me to deal with. Anyone who can think can ride, if you choose to discriminate fuck you. Everyone is welcome on two wheels!

> you are ALL fucking racists.

> I know you think it's funny to "joke" about and

> make fun of, refer to the one black guy in mopeds

> as "the one black guy in mopeds" and shit like

> RACISM IS REAL - there is a genuine inequality in

> our society and it's not a joke

> And sure you can say hey, i joke about it because

> it's so ridiculous, because i am so NOT racist

> that I think racism is funny

> but what you're doing is belittling a problem and

> making it SEEM like it's not there. and in doing

> way to make excuses you fucking racists. STOP IT -

> lets try'n do some good and actually work towards

> equality WITHOUT making fun of it.

What's with all the hipster on hipster crime? Can't we all just hipster along? I mean, hipster! It's about hipster that you figure out that hipster is just being hipster. Hipster?

I was in a shop yesterday and the two Pakistani/Bangladeshi security guys at the door were telling each other "How many Irishmen does it take to..." jokes.

It was very bizarre and I felt slightly uneasy about it. I'm sure if the boot had been on the other foot, the security guards would be claiming discrimination.

EXCUSE ME! its "folk of color" you insensitive bastard! :P

I have found that often, it is the racists, themselves, yelling the loudest about racism.

If you ASSUME that the reason people treat you in a certain way is because you, or they of some race, then you will never realize that it might be your behavior that is the reason. I went to school with a girl who always cried "racism", but she was simply an arrogant bitch, and that was why people avoided her--her race really didn't matter--except in her own mind.

Micael Fowler you are an ignorant ideot.

You can't deny that people of different races are treated differently and to pretend that they aren't you's a fool.

All you're doing is making excuses and belittling the issue which is the problem I'm trying to point out in the frist place.

its like sexism. people argue that everyone should be treated equal but forget that men and women are fundametally different.

"blacks are good for some things"

I find that those super greasy Puerto Ricans mow my lawn better than the lazy Mexicans.

This being said, I seek out Mexican car washes. Those bean eaters definetly know how to wash a car!

Boooo! It's people like you that give off topic such a bad name !