Who else is getting pumped for the series finale tonight?

LOST sucks. you guys are watching a primetime soap opera.

wait the finale is tonight and not tuesday?

i watched like the first two seasons of lost, it sucked, so where do i stand on the virgin/sex reference?

You stand on the "you're not fun" side of things.

i get goosebumps every time one of them remembers...

who honestly has gone through this episode with dry eyes?

Unfortunately, I have to wait for it to show up on the torrent trackers to see it.

i never thought i would say this but...

everyone was right. they were making it up as they went.

i thought this whole season was a snoozer, but the ending was just so half assed.

i feel like i was betrayed by lindeloff and abrams

like really, we all meet in purgatory and fly off into the great unknown? why not have the cliche wake up from a dream bit?

i think that finale sucked shit, but somehow i really liked it as well.

Didn't like it, or any of this season. Agreed, fuck you, Lost.

The writers specifically said that this season would ANSWER QUESTIONS but they did not answer ONE.

i'm actually only watching it to finish it

it's become like a chore now. i am still 6 episodes from the end tho.

I'm going back to the theory that the entire show was Vincent's dream. I mean, the dog was there at the very beginning and very end, it could still be possible... And by the end Vincent was the only likable character left (aside from maybe Hurley).

Anyway, it makes more sense and is even less of a clich

They were NOT in purgatory. Sheesh, Do I have to spell it out for you? Really? As Christian said to Jack at the very end, there is no "now" in the place where they are. There can be no linear or chronological time in a place with no "now." The concept of purgatory is based on a teleological and chronological concept of time. A time that is so in flux as to not have a "now" cannot, therefore, be purgatory.

I have my own feelings and thoughts on the show, but I find it annoying when the audience can't keep up with even the simple elements that "Lost" gives them because it asks them to think (ever so slightly) beyond their normal conventions.

My complaints are on a completely different level: The show was overly oedipal (at its core), which means that it was overly conventional as a narrative. It was, in fact, almost completely conventional. And it chose the soap opera ending over the mythology ending, which is probably why a lot of people are upset. Say shit about people who called it a soap opera, but as someone who watched every episode, I can assure you that that is all it was (for the most part). This ties in with the narrative conventions of the show: It was, for the writers and producers, about the characters and not about the mythology.

That said, I didn't think the ending was bad. It would have been worse had they gone totally conventional with something like it was a dog's dream or whatever. Really, that would have been lame. The fact that people didn't "get" the ending is, I guess, a good enough sign that the show asked the audience to think even a little bit.

Who inveted Juggalos and Juggalette and fuckin Faygo showers? What about that feeling you get when bumping our shit, who`s behind these Juggalo powers?

This ain`t no fuckin fan club, It aint about making a buck. Don`t buy our fuckin action figures bitch, i dont give a fuck. It aint About Violent J or Shaggy, the Butterfly or seventeen.

When we speak of Shangri-La, what you think we mean? Truth is we follow GOD, we`ve always been behind him, The Dark Carnival is GOD and may all Juggalos find him!

May The Juggalos Find Him!

He's out there, He's Out there!

We`re not sorry if we tricked you!

We don't care what happens now.

We`re not sorry if we tricked you!

We swing our hatchet and we`re proud.

where was michael in the church? he was og.

i think it was a good ending, he finally stretched an element to make you start asking real questions about what the hell actually went on for 6 (or 36) years.

what is the island though? who gives a shit other than oceanic 815 if it blows up? what is the light? how did it make jakobs brother into the black smoke? and who didnt get all nostalgic over the old john locke? he was my favorite until he got filled with moonster 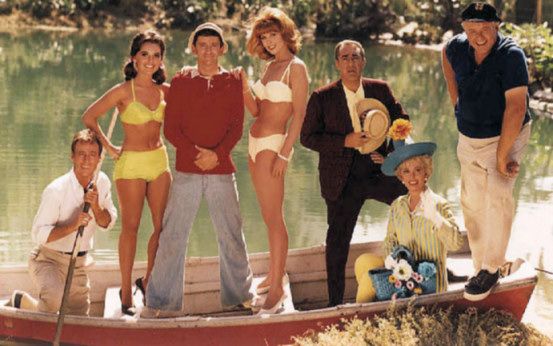 ^Yep. Made the Gilligan reference quite a while back. In retrospect, I shouldn't have insulted such a classic.

I agree, the ending was alright, not spectacular, but would have been super shitty if it was based on Vincent's dreams, etc....

There were still soooo many BIG questions left unattended.... the numbers? Polar Bears?(Dharma I am guessing) coordinates to enter and leave the island? the whole deal with Faraday's parents? a little disappointed that at least none of the big questions were addressed... the minor shit...ehh, but the big stuff should have been addressed rather than pulling a magicians trick and show them "dead" and us forgetting about all the other stuff.

I will admit, having seen the whole series twice, it turned out to be a soap, but I was hoping for more....

so were they all dead since day 1 on the island or just since the nuke?

^ Neither. Flash sideways was where they went after they all died on their own respective time. We know this because Hurley said to Ben at the end "You were a great number two." Meaning they went on to live the rest of their lives on the island.

the numbers were assigned to each "candidate" to take over the island. they were written in the light house.

I was kidding about Vincent's dream...

And no it wasn't exactly purgatory, but it was close. Yes time didn't exist, but Christian said that everyone needed to meet in the sideways universe in order to "move on" to another place, not just hang out in the church from the "Like a Prayer" video for all of eternity hugging each other.

The whole point of Jack and Juliet's son, the island being underwater, Kate still being annoying was just to psyche-out the audience.

Also, Michael wasn't there because his soul was trapped on the island with all of the other "voices" who have sinned against the island, or whatever (though you's think Martin Keamy would have been stuck there too). But Walt wasn't there, or Mr. Eko...