How does one unseize an engine? what is the best stuff to use? where can i get it? ect... i just bought a fa50 and the engine is seized.

I would use Marvel Mystery Oil or maybe Transmission Fluid. Pore some into the spark plug hole and Let it soak into the metel. Then turn the fly wheel back and forth untill it moves freely. Maybe Penetrating oil would work.

You Might want to wait for a second appinion.

Tear down the engine and find the cause of the failure, at the minimum check for scratches on the cylinder walls and if you totally tear it down check for galled bearings.

the easiest way to unseize the engine is to take the head off and use a peice of wood and a hammer and let it soak in oil first then ound the shit out of it making sure not to hit the cylinder, i un seized a 1969 yamaha dt1 250 that way

All good advice. If it is the top end that is seized it may be helpful to heat the cylinder with a heat gun or gently with a propane torch. This will help the cylinder expand around the piston slightly. Also PB Blaster is great to soak the piston/ cylinder with.

First make sure it's not the bearings or something else that is seized. If the piston is seized, I would try Marvel Mystery oil and let it soak overnight and then try moving the piston or tapping it with a wood rod and a hammer. Marvel is good for breaking up rust and grime.

Aluminum expands and contracts about twice the rate of cast iron. Spraying the piston with freeze mist may help it contract away from the cylinder, especially if its cast iron or has a cast iron liner.

If the cylinder is cast iron, heating both the piston and cylinder might make it stick more, since aluminum expands at twice the rate of cast iron. Heating the cylinder and trying to move the piston before the piston heats up and expands will help loosen it.

Cooling both the piston and a cast iron cylinder will help, since the aluminum will contract at a higher rate. This is also the reason why an engine sometimes seizes and then unseizes after it has been given a chance to cool down.

A solution of sodium hydroxide (NaOH) etches aluminum readily but does not etch cast iron or chrome or nickel plating very well. Aluminum doesn't like bases and is etched readily by them. Some brands of drain cleaner are mostly sodium hydroxide and will etch aluminum. NaOH is also a good way to preferentially etch smeared aluminum off a cylinder without damaging the cylinder.

Brake fluid!! Sounds wierd but apparently if you pour this in the cylinder and soak it, its supposed to loosen things up

that and pounding it with wood - as mentioned earlier

I'm in the process of unsiezing a motobecane engine.. good ole WD40.. going to give it a shot and hopefully it'll work..if not..ohh well maybe I just bought a paper weight..lol..I'll get her runny some how... If anyone knows anything about the Motobecanes give me a shout..just learning as i go..cheers,

PB blaster and a piece of wood a little smaller than the piston. Beat beat beat repeat.

If its bearings, your SOL, whole rebuild necessary. If its just a stuck cylinder, which seems to be more common, its not a problem. I have unstuck cylinders that still had pretty good compression after.

Oh, and it doesn't hurt to let the PB blaster soak for 24 hours plus.

Most any of these techniques will work. The most important factor is time. Soak at least 24 hours with a good product.. PB Blaster, tranny fluid both work. Remember, you want the engine to be useable when you are finished. Be methodical.. tap,tap, tap.... soak tap, tap, tap...soak. Work crank back and forth and it will unstick for you unless it is the bottom end. BE PATIENT.

WD40 is NOT a lubricant. If you are intent on unsticking the motor use the best product available.. PB, Marvel or any good penetrating oil applied liberally with a generous amount of time. Good luc and let us know the results.

you might be waiting a long time for the OP to respond. this thread is 8 years old, and OP hasnt been on in 6 years

Dammit! I was expecting an immediate answer! No problem. Some dummy, like myself, will read it and get something good from it. The process is the same, it's just the year that is different. :)

I'm that dummy. Needed the best advice before I went and made life more difficult!

As has been stated several times already: PB Blaster, time, and the wooden handle of a mallet works great. The heat trick is a good one as well.

An ounce of prevention Is worth a "pound" of cure 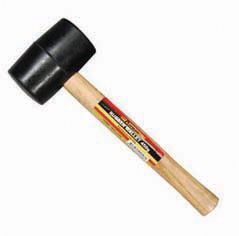 I tried to make a funny!

marvel mystery or Areo-Kroil. neither one has failed me yet.

Or do it right.