Ben Eberle /
beneberle
This single post is part of a larger thread. Start from the top or view this post in context.

YES!!! This thread is AWESOME!

I've been thinking about getting one of those 93cc cylinders for my AR80 too, but I was told by the dude on Ebay that they're cast iron and weigh a ton....making shipping MAD expensive. Mine run so well right now that I'm happy to just go with what I've got.

Hey....can you explain why bump starting it would cause the timing to slip? I'm not really understanding that one. No points in these things. CDI only. I haven't really gone through the manual enough to see how the crank is configured on the starter and on the flywheel.

FYI - if you want to repaint that tank, use GMC red color coded spray paint # 5321. It's basically a perfect match.

I also talked with a few dudes at my local motorsports store and they said the same thing about the pipe. It's definitely good enough to rip hard (I mean...mine wheelies in first and 2nd gear if I'm not careful)...but top end could be improved if you just take out the baffle in the back. It'll obviously make it louder, but it'll give a boost on the top end. Mine runs at 68mph at 10.5k RPM. That's redline. I would absolutely regear that bitch with the big kit. You'll blow the tranny for sure at 13-15k RPM.

Awesome dude! This post is so rad! Keep the updates coming. Here's mine: 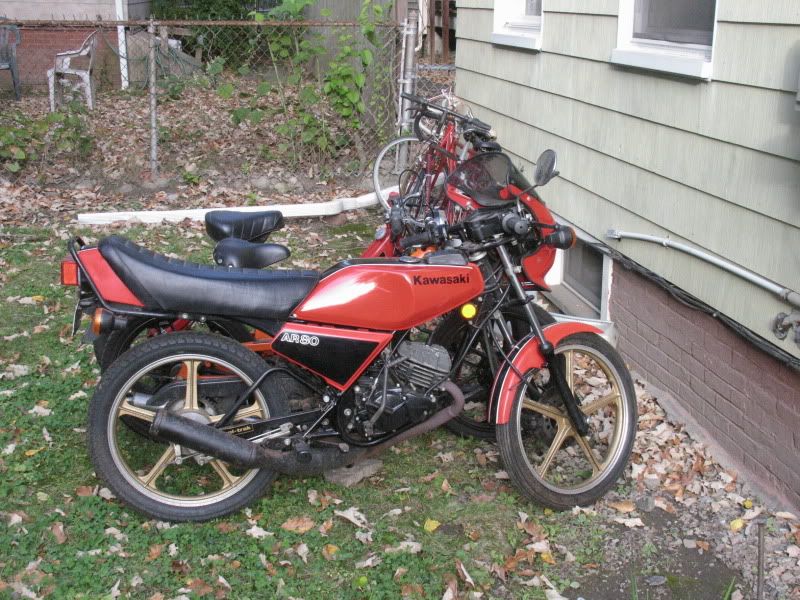