Reno's premiere (and by that I mean only) moped gang, Los Dorados, will be holding a rally this year in July.

As a gang, we wanted to run the dates by everyone here first, before we start booking/confirming everything, and to make sure people would be free to attend.

We are SO excited in Reno for rally season.

Reno is an outstanding place to rally, but it's just too far for me.

ooo im in Sacto so ill be ready for you rally. You guys know about what numbers your looking at for coming?

i will come from NY for this one. i love you reno crew

I wanna be there for sure. so looking forward to it.

but, what happened to July 4th? That's a much better weekend for me.

I'm pretty sure there will be some Landsquids up for this. Ryan Ries' favorite place in the world is Reno.

The Sunset Ridders intend to attend.

yes! our ralley will be JUST like that .gif

Yea Camillllle! You and Austin are duh coolest. I will be down for sure. 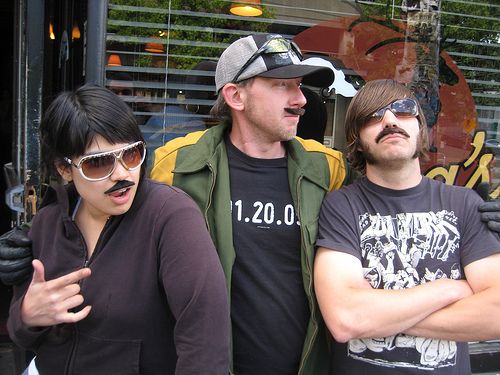 Wanna give me a ride rob!

I think we are gonna maybe rent a truck, so we will have to see. my truck can take two people and probably 4 mopeds or 3 mopeds and four people ... but I need to get a hitch stuck on the back ... it night be easier to rent a small u-haul truck and load everyone's bikes in the back or something and then figure out how to get everyone there.

I would pitch in for sunset riders money if I could hitch a ride with them. Or the cuperteens, anyone with an extra spot.

I guess that matters more twords the date, BUT, I'LL BE THERE. I WANT RALLY EXPERIENCE

yeah ... we need to figure it out. I tried to post responses to this thread more than once and MA froze up after I pushed "send"

to the Reno crew ...that is a bad weekend for me. any weekend before this one (this summer) is better for me than the dates listed above. If I was a able to make it for that weekend, I would have to leave early Sunday in order to do it, but that would be pushing it ... and if I am driving other peeps in my truck, that's an issue ... just to share this info. (I swear I wrote this and posted it three times already ... MA seems to be acting up more than usual today).

I'll be there or I'll be square.

It's ok to bring all my rifles, shotguns, pistols and a cannon?

Fuck yeah, Reno is like an hour or so from my hometown. I would most definitely come to this.

i dont care ill be there

Kyle, if i'm still in Santa Cruz before I head to Reno I could easily give you a ride.

I'll definitely be there if my stupid parents let me use the Suburban, screw summer school.

Cuperteens are planning on coming. My B-day is the 13th. Ragefest in Reno for sure.

Peeps call me up said it's a hotel party

I'm on my way let me stop by the sto'

I'm already blowed, hit third I'm a be be blowed some mo'

Valet look like he in the game and must be winning

One said "ain't you that boy that be on BET?"

"Ya that's me, Ching-a-ling equipped wit much ding-a-ling"

Knock on the door I'm on the scene of things

Busted in, Henny bottle to the face!

Fuck it then, feel like my head a toxic waste

There's some pretty girls in herre, I heard em whispering

What I came for was to find out who I'm gon hit, aww shit

In a drunken fog, Troy and I decided there is going to be a beer-shotgunning challenge. Prizes for whoever can beat me or Camille.

so ive got a few questions... has anyone ever checked a moped on an airplane? ive got a free ticket on southwest and dont really know what to do with it... a west coast rally would be a good way i think and reno is awesome. i guess thats really only one question... you can tell me to ship the bike if you want but ill tell you im too poor to ship a whole bike both and you should shut up that wasnt my question.

Umm, Is anybody from Portland coming to the rally? If so, you might want to pick another contest.

Can't wait for the off-road race!

I'm surprised you have such little faith in me, Justin. I fucking dazzled Louis and wrecked shop on Trux last night. If I can shave a half-second off of my time, I'll be in pretty good shape.

Also, though we will be giving out prizes (and I use the term loosely), there really are no winners when you have a beer shotgunning competition.

west seattle and deanamos should be in attendance