noah /
noah
This single post is part of a larger thread. Start from the top or view this post in context.

so regrettably, i don't seem to have the resources that some other recent progress posters have... the mini magnum looks amazing, the sachs buildup makes me incredibly envious, and even that blue/black tomos toptank is really sleek.

living in the city though, and working out of my back porch, leaves my outcome a reflection of my limited abilities... 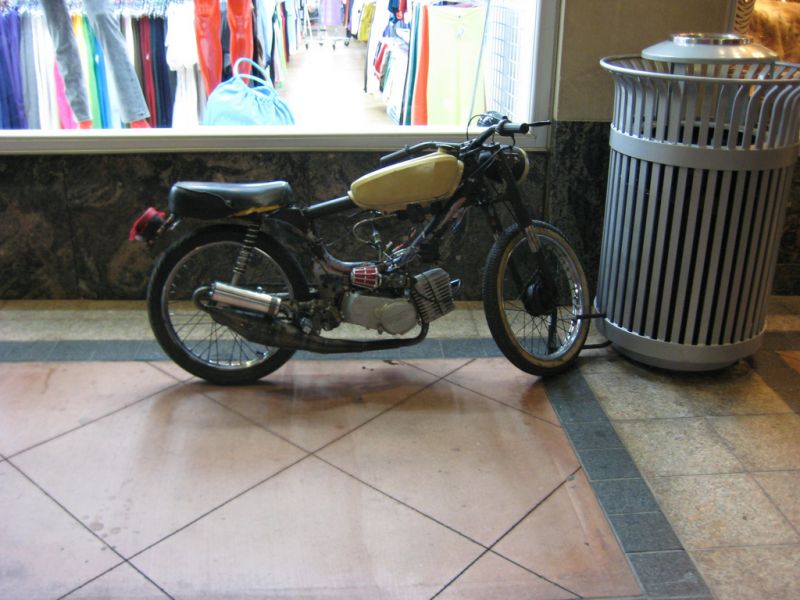 it's in its first week of operation. an a55 i snagged from craigs a few months ago, the rest is more or less a modified malaguti commuter frame that i've been rambling about for a while. someone before me welded that top tube and moved the tank, cut the seat tube, and put the seat on what was previously the luggage rack. their bars, too. in fact, the only thing i've done is make engine mounts, put in the engine, modify the exhaust, and wire it. oh, and accidentally scrape away tons of shitty rattle-can paint. 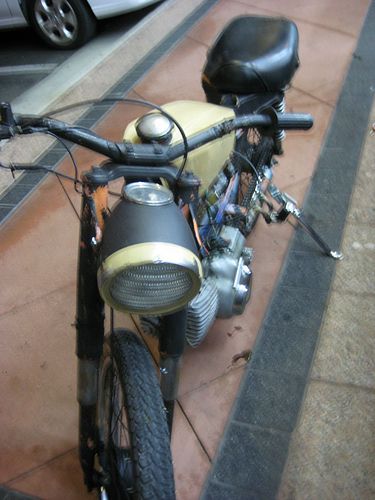 but it runs! and it runs well! also, sorry for the blurry pictures - i rode it to my girlfriend's work tonight, and used her camera hastily while it was parked outside.

hope to: change a bunch of stuff and make it look better. vague, i know. what would you do to it?