This is for the people who dont have access to the members forum.

Only things left to do are :

Wrap the seat pan and put the pedals on. ( yes this is a moped )

Runs, rides, and will be seen at a rally near you soon.

Mike Mike, for use of his shop 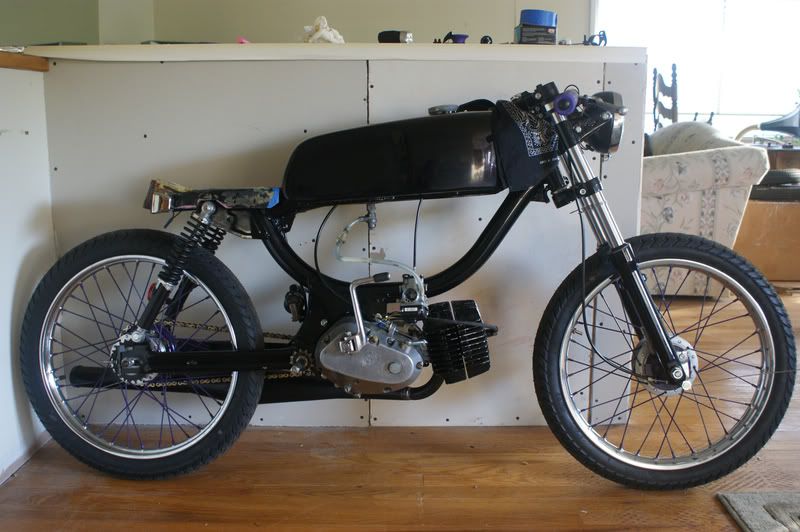 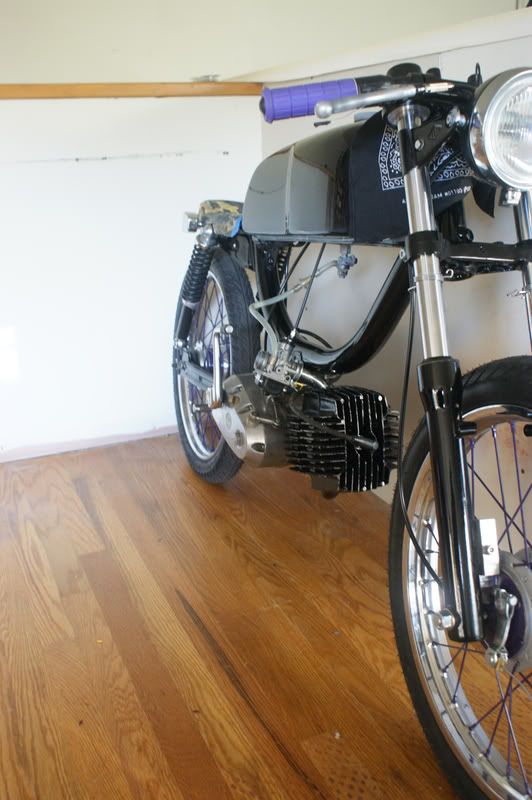 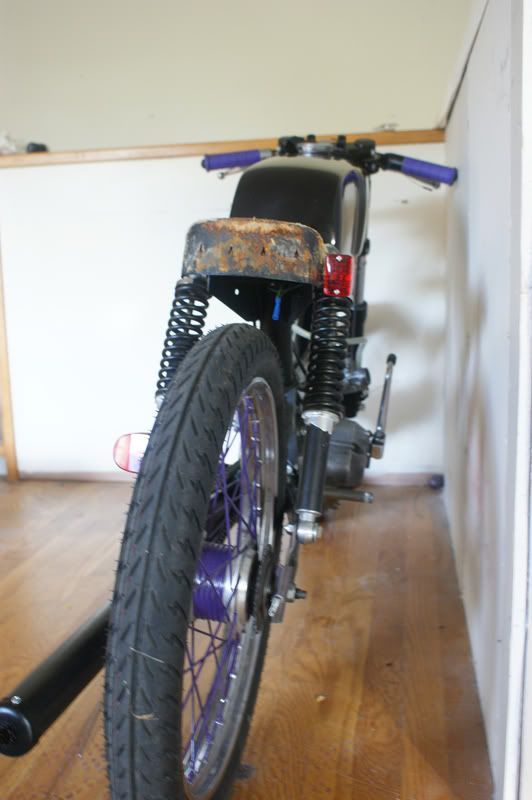 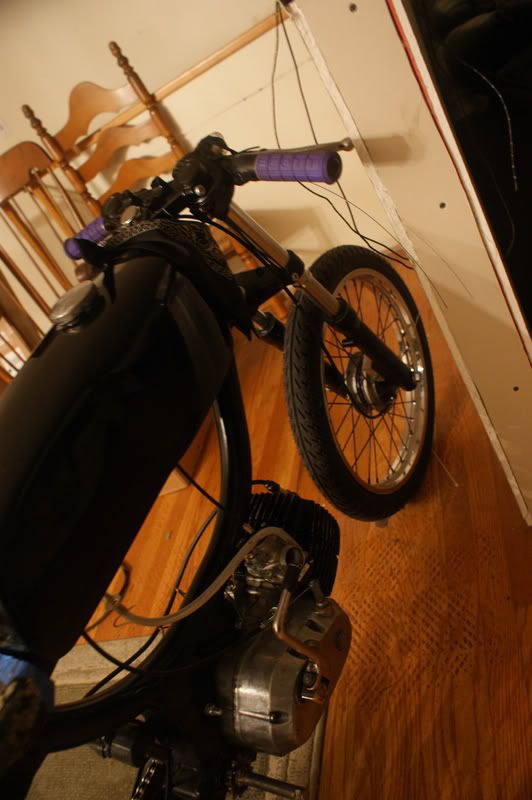 Hey Man that is sweet. what is that motor off of?

Can you find parts for that pretty easy? Because I have a Carabela moto pony with a kick start, and I can't find a return spring for it.

you should bring it to mars bar today!!

Norton repro? Looks good, whatever it is.

post some more pics when you get the seat on.

God damn you man! You beat me to completion on mine! Admittadly, mine wasn't looking anywhere near as nice, but I was doing the same thing with a 4 speed monza bolted to a maxi frame with a korado top end. Now I have to settle for being the uncool copycat.......fucker.

it's hard to see the detail he put into the wheels and everything else in those pics.. you guys are just going to have to come to blooddrive 666 to see it in person

Onion, I had it in a maxi frame to start with, but could not get the chainline to clear the frame....

I have been slowly building this for over a year and a half.

Blah, who gives a shit, lets just turn this into the small motorcylce army, doesn't have the same ring to it but it would be more accurate.

Sick bike regardless. Now get a kit for it!

put pedals on it and finish your seat and send me final photos for Swarm!!!

that thing is a moped for sure.

Nice ride, total bulldog bike, and thanks for giving a peek to the gen forum. Now finish that seat!

Whered you git the forks??

they look like ebrs. you can get them from treats, mopedshop, 1977 mopeds, etc. not sure what size they are though.

you make that intake?

intake was hand made, the forks are new tomos ebr's

saw this bike in person tonight and man that thing's fucking awesome.. makes me want to do a similar project with my 50cc 5 speed hercules!