DLM engine, wtf is this?

Ok, so I just got back from a vintage motorcycle swap meet. It was pretty neat, only one moped was there, and I came after someone bought it (it was a honda).

But, there was a guy with an engine labeled "New Moped Engine & Wheels $40".

The wheels were puch snowflakes, with decent bearings, so I've already scored.

The engine is indeed new, I cracked it open already, and there's still crosshatching all over.

It's got case inducted reed valves.

It came with a mikuni carb (looks to be maybe 12mm). Porting is decentish, has a boost port up top.

It was likely made in korea, as the airbox has the same brand, and claims to be made there.

Here's some pictures, one of each side (I have the magneto cover off), and the last one is of the mounting brackets that were on it. It reminds me of some italian engines I've seen.

Also got the pedals for it, the electrics.

Help me out! I wana put this on something, but it'd be nice to know what it's sopose to go on. 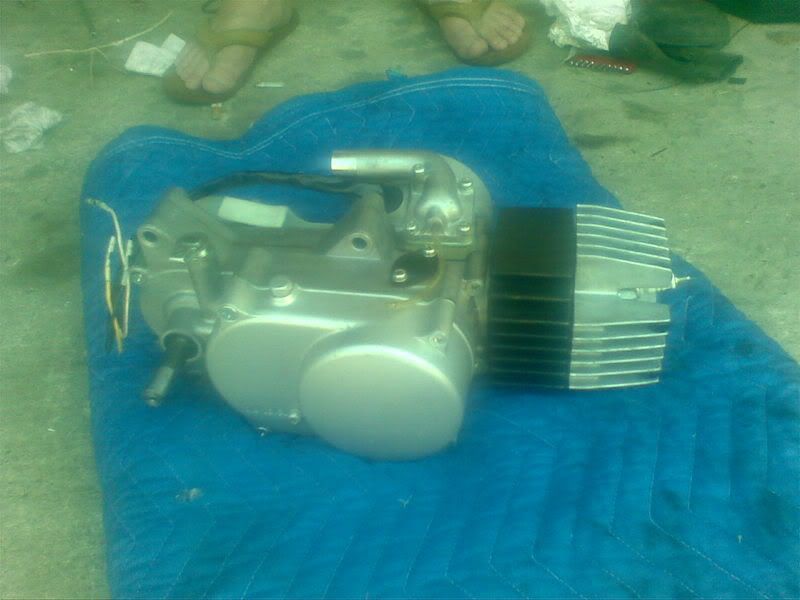 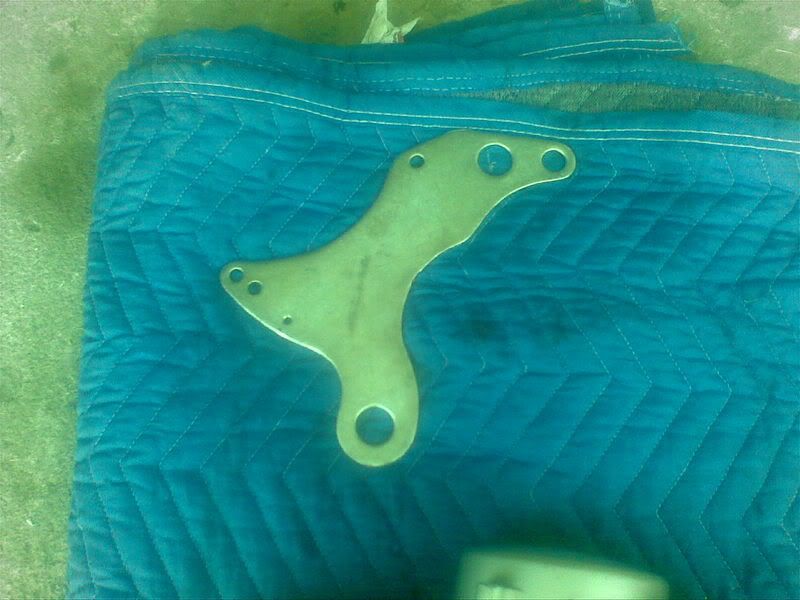 Re: DLM engine, wtf is this?

If its the motor I'm thinking of then it is or is a copy of the Daelim dp50. They came on some trac mopeds.

Re: DLM engine, wtf is this?

Bah! I forgot that the forum doesn't like normal image code..

I have no idea what it is. Time to make a custom bike and throw it on!

I was right! Thats an exact copy of the Daelim dp50, made in China or Korea.

Lol, I think that's gona be the plan. The nice thing about the mounts is that I can put more holes in them, so I've already got everything I need to fab it up to an existing frame.

Is that a shifter engine?

What is the oval black plate to the right of the inlet manifold?

Also, what is the protrusion at the right rear top?

Gearbox is large enough to contain some gears.

2 speed automatic i think, in the front you have an oil pump block off plate for non injected models, in the back there is usually a lever to switch between motor and pedal mode.

Saab's got it on the plate. It's got a plugged tube on the intake as well.

I was thinking the back right protrusion was the starter clutch, it's spring loaded.

Super stoked that it's two speed. A little sad about the teenie tiny sprocket. That can be fixed.

Yeah, the guy wanted 40 for the package, and I'd gone to the thing with my father. Apparently you're sopose to haggle at these things. Duder was trying to sell me on it while I was asking all sorts of questions, and I had to stop him with "Don't worry man, I'm buying this, I'm just trying to figure what the heck it is"

Hell, I woulda payed 40 for the tires, maybe even the carb...

Now I need to decide what to put this on. Next week I start at the scooter shop, so... I can start fabbing shit.