Well, not in the sense that you were probably thinking.

This is my 3D exploded Puch diagram... 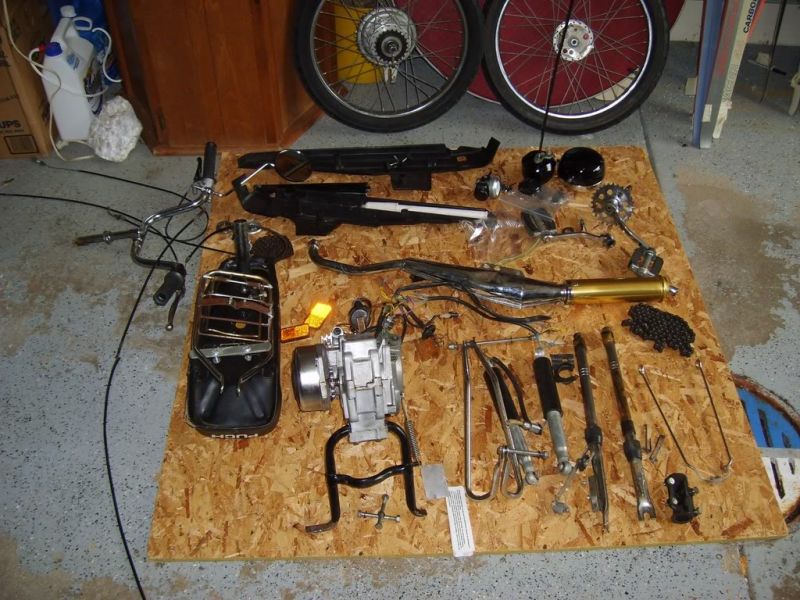 In the category of "Projects will expand to the time and resources allotted" - I had put this Puch back together a few weeks ago. Replaced the front fork with one that worked, but it was a different color. The green paint on the frame was scratched and rusted is quite a few areas, so I was just going to touch it up.

First thought was a bottle of Testors like I used on my metallic red Moby. The areas were going to be a bit large, so I decided to spray it instead. To get a nice match I went to an auto paint store and had them mix up a pint. I have reducer and hardener and a hand spray unit. Of course, to do a good job I should take off some pieces...started dissembling, and just kept going til I had it completely apart again....so, I took it to the sandblaster/powdercoater!! Pick it up tomorrow afternoon. So, from a $2.00 bottle of Testors to a $200 powdercoat job, all in one day. Doh! It's gonna look sweet though.