Whatever I did that you liked? Let me do it again.

And if I aught not, I won't ever again.

Whatever you thought you saw...Yup! 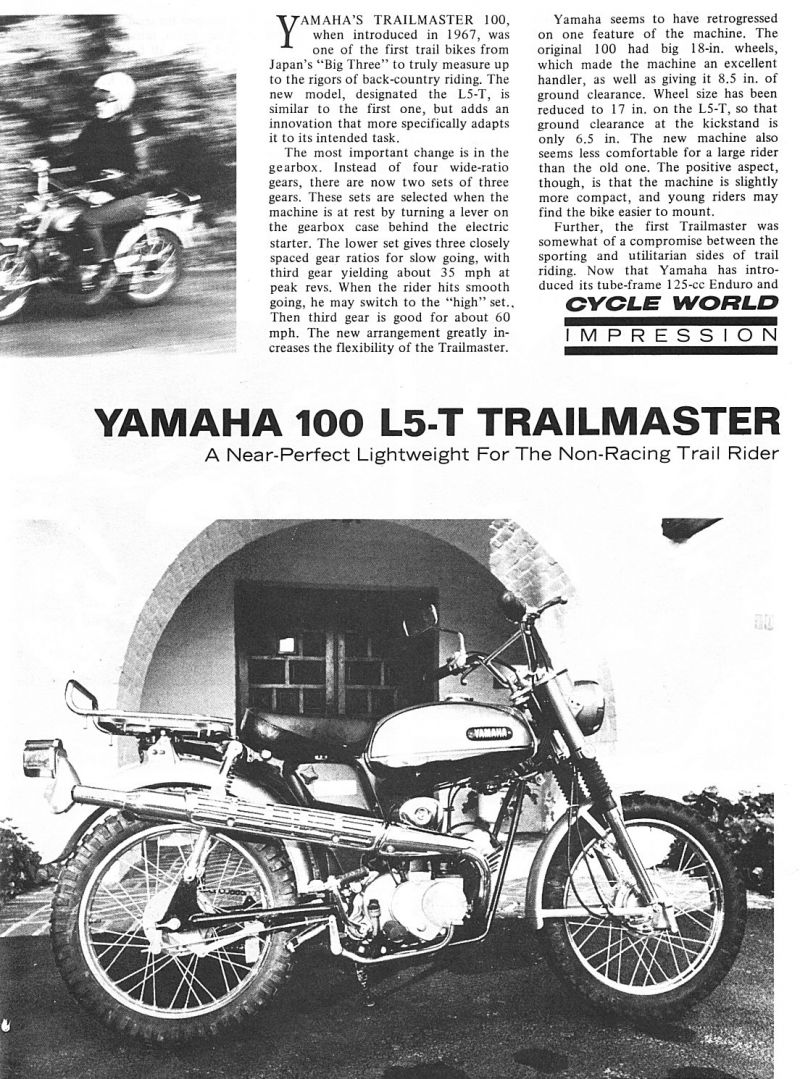 I can't thank you enough

And where did you find

A yamaha Trailmaster from 1969?

That must've been tough.

Who knew you knew my boss' sisters' boyfriend?

I didn't know my boss's sister _HAD_ I boyfriend!

It just needs some attention, he said. It'll start with some gas he said. He said It had 90ccs and an Oil Injector (gasp!).

He said his SF place won't have a garage. Sad.

I have a garage.

Thanks Spaghetti Monster. You rock the meatball.

Anybody know about finding parts for this bike? All I could come across was an oiltank on e-bay.

Yamaha reused TONS of parts in different bikes, and especially around that time had a habit of making at least two version (a road and a trail version) of each bike. Figure out what its road-built brother was and you should be able to get most parts. Thats how I find all of them for my '61 MG1T...if it didnt match parts from the far more common YG1 and MF1, I'd never have it working.

Yeah Alex! That'll be a good compliment to that Indian you have. Hope youre pleased with your parts, BTW.

Also that is a sweet frame on that bike...never looked closely at one before. Almost like an old road racer frame....