didnt we both tell you to call them?

this is the most fun I've had all day!

ive been waiting for someone to start chanting SUCK HIS DICK!

did you ever find the guy who had that moped at the zoo?

ARGH, i was about to.

wiffleball, if you're bored, here's some facts about your namesake:

1) Wiffle Ball was established in 1962 by a Polynesian astrophysicist who was trying to develop a bong that could be disguised as a baseball bat. Initial enthusiasm about the sport was original credited to children becoming slowly addicted to opium residue in the plastic, as bats were often used to smuggle product in for Vietnam and Laos. George Bush Sr. or any Air America affiliate were not available for comment. (Note: the Texas Rangers were originally intended to be a wiffle ball team.)

2) Most scientists agree, that had the space shuttle challenger been built with wiffle plastic, nobody's grade school teachers would ever have been given the chance to say "that could have be me!"

3) Because of the "Wiffle Lives" tourney on June 6th, Media Genesis will temporarily be the center of universe for two hours.

4) The Golden Gate Bridge has a yellow, plastic infrastructure.

5) Magic Johnson purees a wiffle ball with his breakfast shake every morning. Not that means anything, but he has been doing pretty good the past 15 years

bump, we need this information.

HAHA! thanks for that!

it's from a friend of mine's work wiffle ball league, so some of the names make little sense, but there are some gems in there.

wiffle ball is the sport of the future, friends.

i was in 77s last week. i took them some baked pork buns. they were tasty. there was a pink moby frame on the wall. there were a whole bunch of t shirts but they were all frisco-midget-man sized. there was a wall that was not finished, and a cash register. there was a chris paz and some tomos in the box. the carpet was grey, and the service was awesome. lee ate the most pork buns. 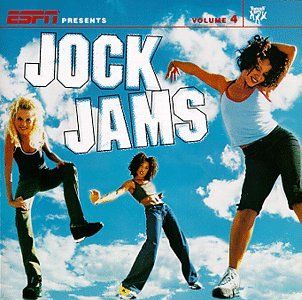 i dont understand either. fucking walk there and check. alot of us here would love to live 10mins away from 1977.

Wait, what is a pork bun? Is it bread infused with pork or is it just a pork sandwich? And if it is pork infused bread, what other eatable/non-eatable things can get pork infused up in it? And how? Is there some sort of laser gun or something?

1977 in kalamazoo only sells new tomos. they start around $1200. please call them with questions.

pork buns are some magical treats made by crazy chinese ladys in my neighborhhod. its bbq pork on the inside, and soft tender buttery bun on the outside. almost ike a meat donut. they are 60 cents a piece and taste like orgasm

probably, elliot... but i live in kalamazoo

kalamazoo is where it was.... the real question is where is it gonna be?????

on the moon i hope! or mexico each are equal in my book.

Take your gay homophobic remarks elsewhere.... they are not welcome here!

That's not the way we roll!

oh and the correct spelling is DOUCHEBAG!

I was there, they are riding the new tomos wagon for all it's worth when I talked to them they were looking for other bikes to fix up, but if you want an'08 tomos hit tem suckuz up and tell nick to put the bong down and if he puts the little "will be back" clock in the door that is when he has to open the store