What Moped would be ur "Holy Grail"?

maxi in a box

I passed on a Nos Maxi S because way too much money for a thin rim, gooseneck handlebar bike,

I don’t like the aluminum lo torque cylinder and the five wire system on those those bikes either.

But I had a lead on two magnum II’s new in boxes several years ago and was hoping to get them for for around the price they were new or cheaper,

l was excited, I wanted to have one to ride and or sell and keep the other one unused

But when I got there they were stored in a wet leaky lower level of a building.

Weren’t really in boxes just cardboard around them that was previously wet, rims were rusty, bars rusty, curled decals, one of the tank rusty inside,

The other one the engine was locked/wouldn’t turn over both had engine corrosion, the seats were mold damaged and worst of all they smelled so bad

The guy thought he had gold and wanted 1,100$ each he said they’d be sold easily for that price but he had mold not gold

My holy grail was pretty basic, I always wanted a black Moby VLA and my buddy Jim just sold me one. Zeros headlight sticker bonus round!

I've got a few other bikes that people might consider rare or valuable but I'm more into the project/custom thing and I've never really been into top tanks so I guess I'm lucky to be a cheap date. I could have bought 5 derbi Lagunas by now with all the money I've spent working on junk but that's why I'm into mopeds

> My holy grail was pretty basic, I always wanted a black Moby VLA and my

> into top tanks so I guess I'm lucky to be a cheap date. I could have

> junk but that's why I'm into mopeds

Whoa! That is where it went! Sick dude! Glad you got it!

Mine is basic too. I always wanted a Rider Macho. Could not find one in the states so I made my own. Used a nostalgia frame and slapped some sticker on…..ya noting nuts but it is what I wanted.

Love some crazy DOS bikes for sure. But I’m a basic

Need to mount a dam front fender tho (edited)

It was a VLX had it sold it.

Now a running moped would be it.

Closer than you know bb

I would like a new minarelli powered version of this tri ped. Be fun to polini kit with mellow pipe and enclose the whole thing with plexiglass windows and doors. I could ride this almost everyday to work for most of the year.

I still want a Bravo 3m

I have to go with a TSM, not really a top-tank guy, but these hold special memories for me, failing that the VLA above would soothe my Frenchie lust. :) Even yet another RED 50v....I just can't enjoy lessor makes as I can a Frenchie. Love a Honda, but like a Puch, so light and flimsy feeling.

> Now a running moped would be it.

What happened to the Robin?!?

One of those black Derbi Variants with the gold stickers

We are on the hunt to replace our car at the moment. I said to my wife yesterday, once that is done I am going to start buying more mopeds. Over here in France, mopeds are really starting to go up in value, so I see it as a way to own some cool mopeds and have investments. My 103 SPX and 2 Puch Maxis and her MBK 51 Club have already tripled in value minimum. That's my excuse and I'm sticking to it!

^ Sweet! I don't know if they are for sale where you live, but if you are not "into" cars, get a '99 on up Corolla, timing chain vs. belt, and absolutely indestructible. Boring cars, most are automatic, but a few 5 speeds around, but they are 300k cars if you don't live where they rust. If you put few miles on a car, it will last you your whole life. If I could own only one car, this is what I would buy.

dos made my holy grail a reality, 3x fox's

1 red im making into ac Malossi for my gf

1 black, i'v made into a dirtped with lc Polini

my goal was to deck each of the bikes out with all of the full Malossi/ Polini offerings to affirm a better understanding, i'v never owned a Peugeot before. spent all summer working for the parts, dos and treats have been super awesome through this process. with all the shipping and parts shortages this year, i payed for my Polini cylinders directly from Italy, tho im half way through a 60-90 day waitlist/backorder. something for me to look forward to this winter

There are quite a few, but these are 2 of my absolute favourites. 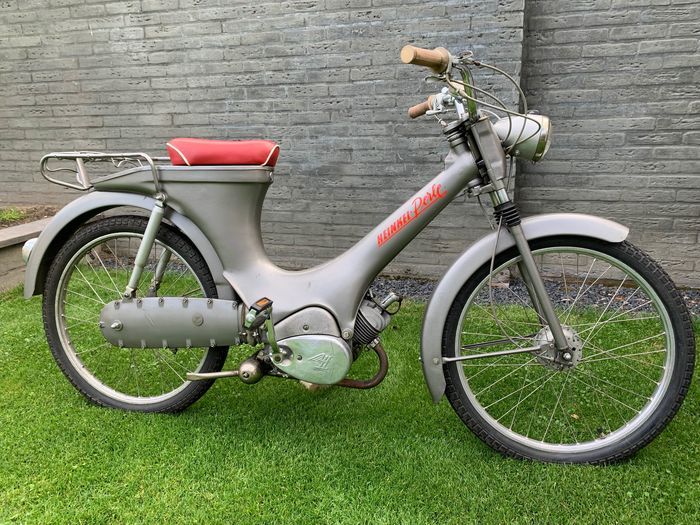 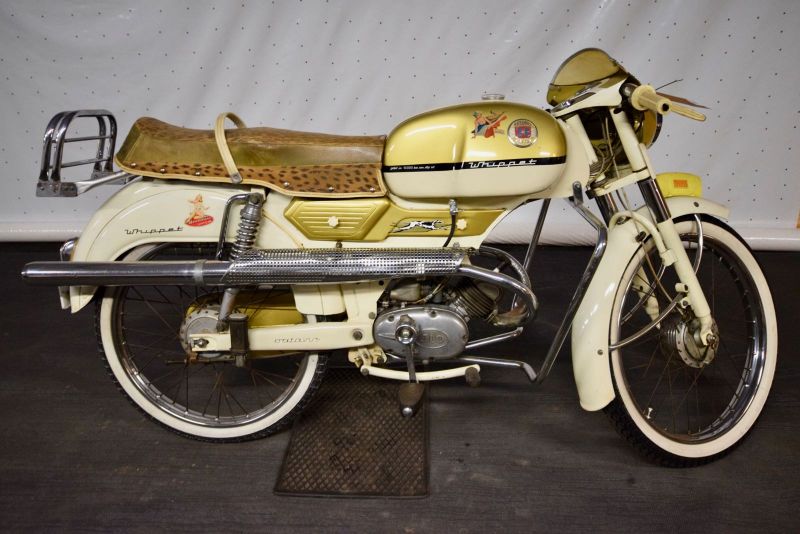 Yeah Eric, I love the macho too, something about owning the 'top tier' version of an economy/basic thing just speaks to me.

I totally forgot about that yellow derbi variant 'tt' ... Responsible Jon had that one I loved. Got to ride it as a rally loaner once and I was smitten.

The other one would be a Yamaha sting... Haha responsible Jon had that too back in the day. I was never that into them until I bought my kids this pw50, now I'm really into that goofy Yamaha shaft driven goodness... Just can't bring my self to do the qt.

> There are quite a few, but these are 2 of my absolute favourites.

What kind is the silver one? Are they rare? REALLY like the looks of it. 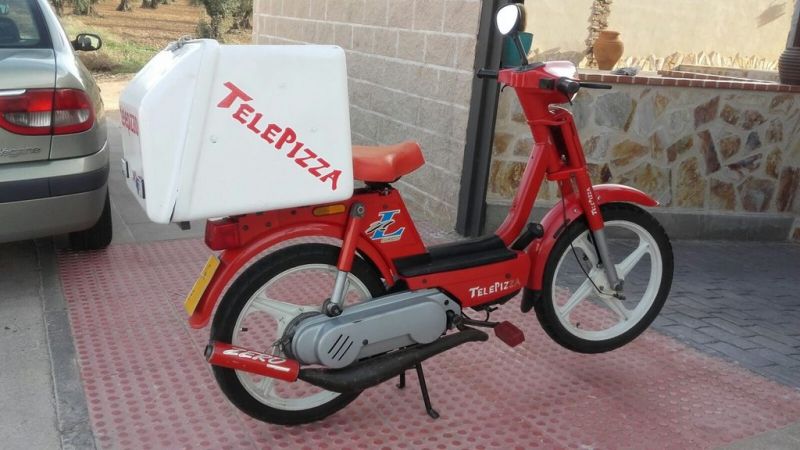 ^ Awesome, combines 2 of my favorite things, mopeds and pizza....always wondered how the pies hold up leaning around corners?

The robin hit this doing 25. At 3am due to an asshat playing traffic games. Cracked the case at the rear mount. It has a caseleak internally. Nothing but white smoke.

The Heinkel Perle is an awesome bike, a large part of the bike is aluminum including the frame, pretty innovative for the mid 1950's. They made around 27k and there are three or four in the US that I know of. 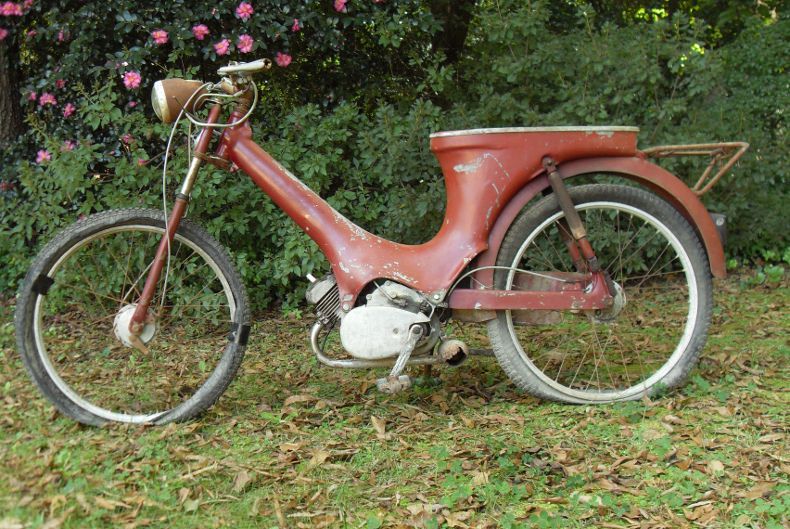 > What kind is the silver one? Are they rare? REALLY like the looks of it.

Has yours since been fixed up Saab?