Haven't seen a lot of hardtail activity, post em up.

Post pictures and or MRI of your lower back disks too.

Only rigid I ever had. So small and light.

It was a 103. Apparently they were only available in the Chicago area and it was a deal with a camper or something? I did some research when I snagged it like 10 years ago. I sold it to a dude down in SC at one of the Detroit Thunderdrome races a number of years ago.

i got a set of white Korado Yukka mags i am considering putting on my N to match the leg shields, strongly considering the swap

i regret selling this guy, got it running in all its rusty glory, and gave it away for next to nothing

i dont think i would consider either model ciao a rigid technically, but its an interesting notion if u think about it

This is an old picture. It now has fenders and plastic side covers on it. It looks cool but I dont like to ride it.

> i regret selling this guy, got it running in all its rusty glory, and

> gave it away for next to nothing

This how I come to terms with selling stuff for a lower price then I bought for.

Il put the item somewhere to forget about it! Then I’ll come back in a few months if I remember even, sometimes years later and just sell it off for whatever!

The free spirit is fun af, surprisingly predictable for how high strung it is. The maxi n has been chillin for too long, it had some good parts I borrowed off it and haven't returned lol 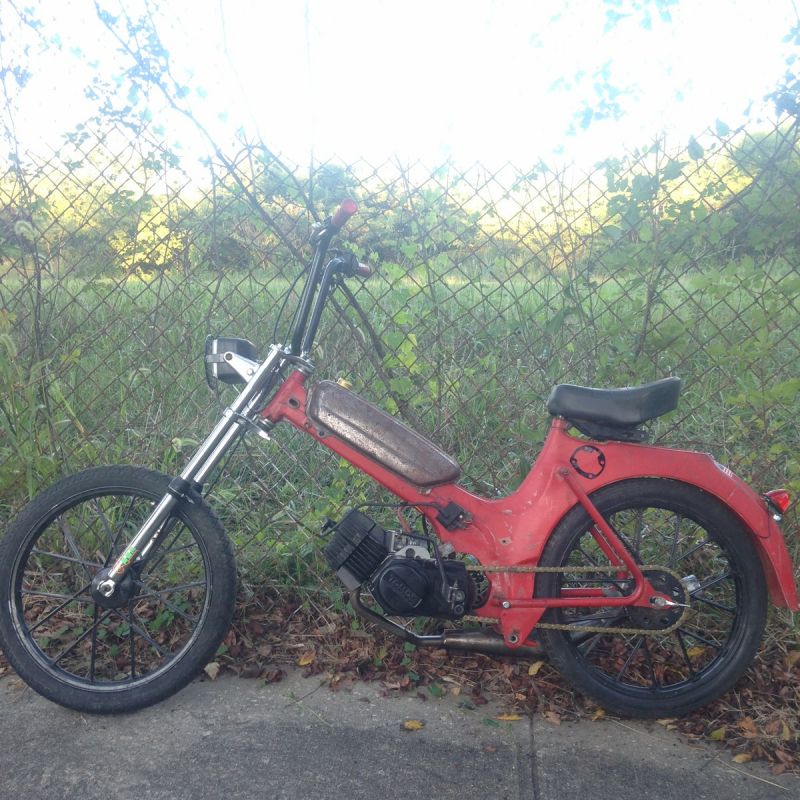 ...had to sell a long time ago, would buy it back if I knew where it was! haha 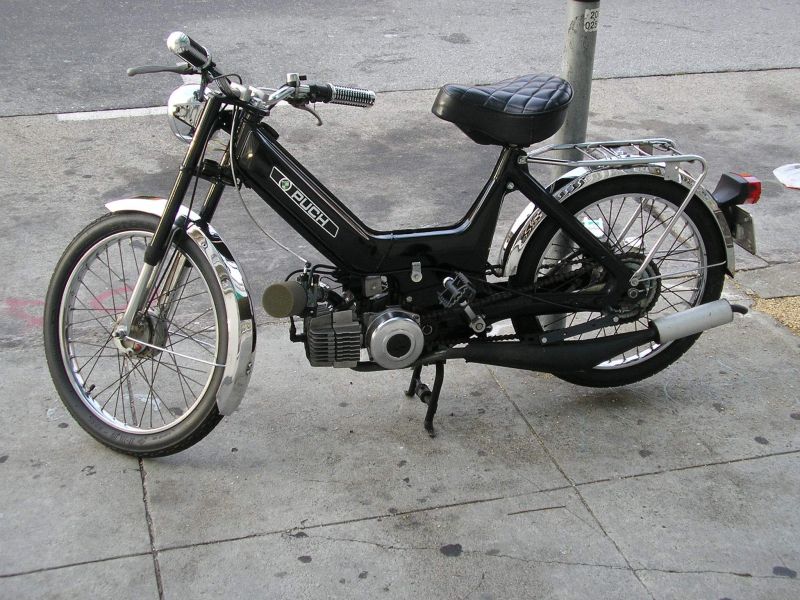 I just noticed. I have a Westinghouse fan just like that.

That sprocket is huge on that maxi. What is the top speed with such a large gear?

that tomos engine looks right at home in there!

Sweet, yes I love that fan. I also have the mini version. They look like a turbine engine, so cool.

Some killer hardtails being posted, that mini v1 w mags is sick

> It was a 103. Apparently they were only available in the Chicago area

> and it was a deal with a camper or something? I did some research when

> of the Detroit Thunderdrome races a number of years ago.

Oh shit! I recently like 2 years ago now got that bike from WLR Ian and brought it back to Charlotte as just a frame. I gave it to Matt and he got it going as a bike again. I believe he sold it to a Swoop in fall of 2019? Maybe 🤔 I’ll try and find a pic.

It was a ripper when it was done. This is the only picture I could find. Super awesome frame.

Ciaos, despite a sprung seat are 100% Hardtail

I went through some old photos to verify it was missing the left side tool box cover (it was). Stoked to see that someone did something cool with my old bike. It gives me some feels.