Why they was so rare? Is not that manufacture cost that much more. I mean, in term of cooling a fan cooling engine is better than passive air cooling?

I thought they made a million of em

Yeah, just every V1/V2/C2 and every Vespa moped motor.

most modern scooters use a fan cooling, but they're hiding the engines underneath a frame with big ol fairings and legshields. but on most mopeds with the engine out, it's pretty uneccessary. besides that a fan or shroud breaking or failing and it doesn't work. unnecessary cost and potential risk. I could go either way if I were designing a bike, probably would do without.

Im a fan of these engine types.

anyone have a pic of the fan cool + misting setup? I remember that from a while back. it was tied into the speedometer cable iirc

i mean rare comparing to number of models without a fan.. so basically there is no advantage on open engines

It's nice when the fan shroud is pretty. Like my Minarelli P4 on my 63 Testi

Fan-cooled is better, but requires way more moving parts and engineering. And in terms of stock mopeds, it's really not worth all that when many peds have excellent airflow across the fins just from wind.

It's only one moving part. A fan bolted to the flywheel.

> It's only one moving part. A fan bolted to the flywheel.

Plus a shroud, which on most bikes is two bolted together pieces.

But most companies didn't want to pay for the moulding to make 3 plastic parts (probably about $80,000 for setup and tooling)

On a V1, there's a fan bolted to a moving part, and a two piece cover. Really simple design that works awesome.

And the flywheel would have to have a cover on it anyway, so to incorporate it into a functional cooling unit is pretty logical.

> And the flywheel would have to have a cover on it anyway, so to

> incorporate it into a functional cooling unit is pretty logical.

Moving parts was being used colloquially, not specifically to say that mutiple parts that move. As in: "The US Government has many moving parts."

Referring to the complicated nature of both the design, production and implementation of it.

If it were so easy to add a fan to everything, they would have done so. Like Maitland said, the tooling costs alone were enough to have stopped them from adding fans to everything.

Not to hijack, but bairdco, what's the history / story with that white bike (Testi)? Very cool / interesting!

Mopeds get beat up, crashed on the regular, a fan/shroud is just one more thing to break.

Good for use in congested cities especially Italy, where there is alot of stop and go, the fan keeps tbe engine cool when it is lugging through traffic.

that's why vespa is HANDS DOWN the best moped ever. engine is safely stored within the frame AND the fan is integrated into the flywheel.

> that's why vespa is HANDS DOWN the best moped ever. engine is safely

> stored within the frame AND the fan is integrated into the flywheel.

I second that notion

I love Vespas. Mopeds and scooters. I also hate that a large part of their design philosophy is to make it impossible to get at the mechanical bits!

On the fan vs. open discussion..... has anyone fucked around with enough bikes of both designs to notice if shrouded engines or open engines overheat more? When modified?

FWIW I break everything..... but I haven’t seized any of my open engined bikes.... I’ve destroyed them in other ways,

> It's nice when the fan shroud is pretty. Like my Minarelli P4 on my 63 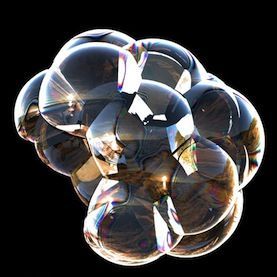 it's worth noting in many of these fan cooled examples, theyre either already blinded from airflow by legshieds (scooters etc) and have fan cooling by necessity, or theyre "nice" bikes.

Mopeds are by design generally not "nice", but cheap. But yea the other part that stands out is probably aesthetics, people are more accustomed to the look of exposed fins on motorcycles and if the popularity of toptanks says anything it's that motorcycle aesthetics have a following