It has been quite some time since my last post, but I just got something new that I have to share with folks who might appreciate it.

This will be moped project № 3 for me. I'll try to get it running first, of course, and then further considerations from there.

It's a 1975 DKW that I just happened upon at a local auction, up here in the Canadian prairies.

On the head badge, Typ: is stamped P1.

The bell on the handlebars has a German saying engraved on it, "Bleibt man jung auf zwei rädern". Maybe someone brought the whole bike over with them?

The hubs are visibly bigger than those on my '78 Puch Maxi. The front forks seem to be a bit larger diameter than my stock Maxi forks, as well, but less than the EBRs I run on it now.

It looks like it hasn't run in years, but it mostly seems all there, aside from the broken throttle/controls. I've started to try to read up on this one and will try to find more info. 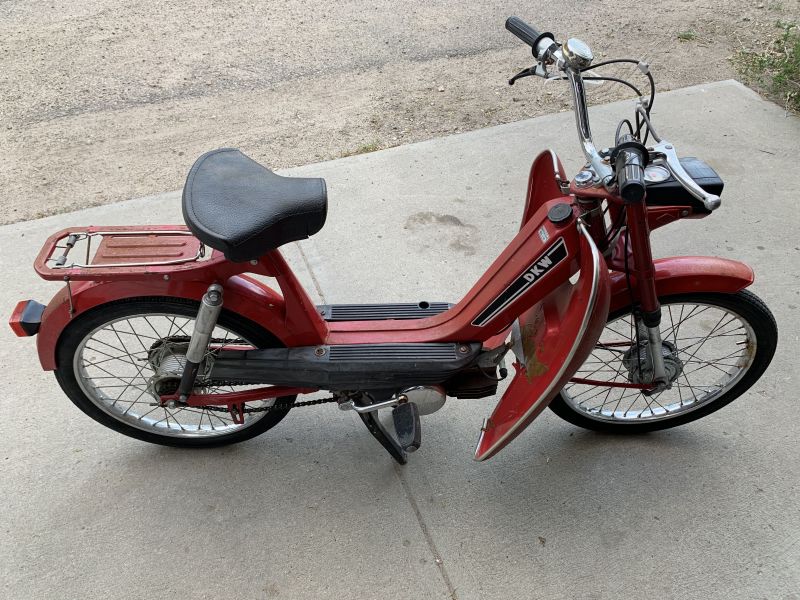 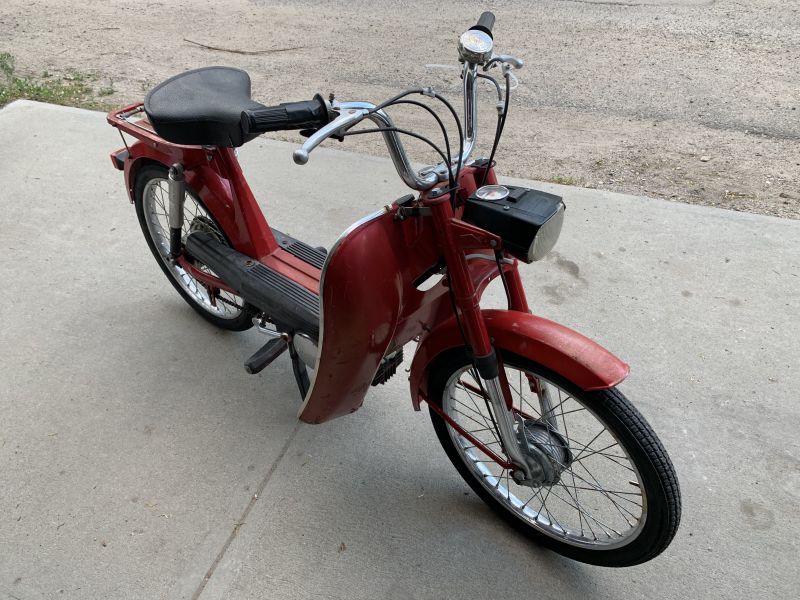 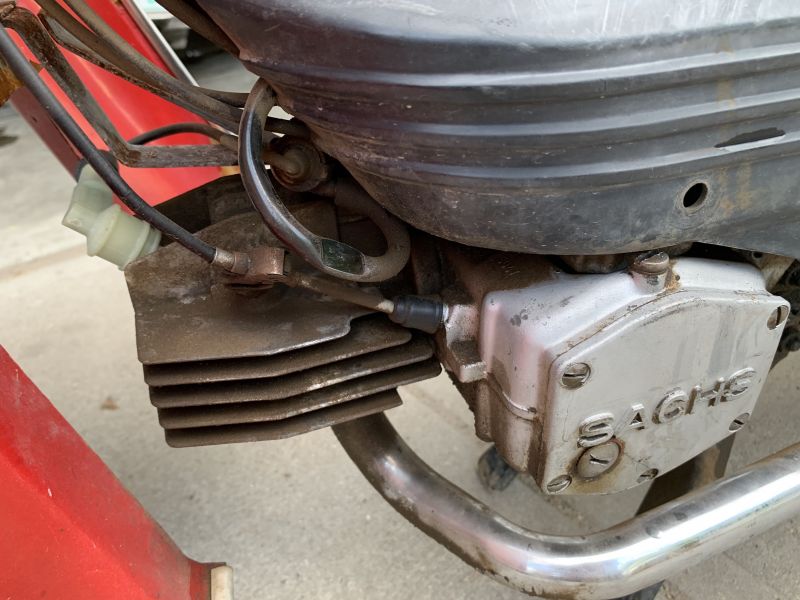 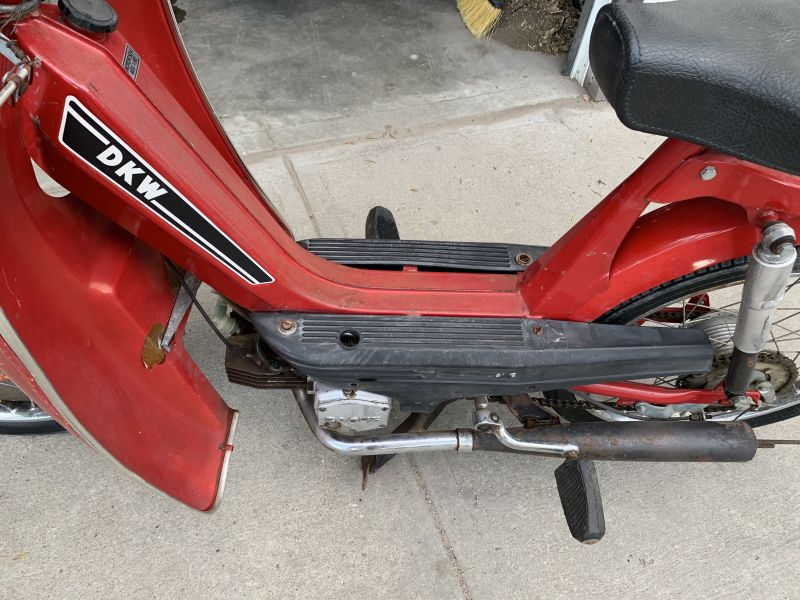 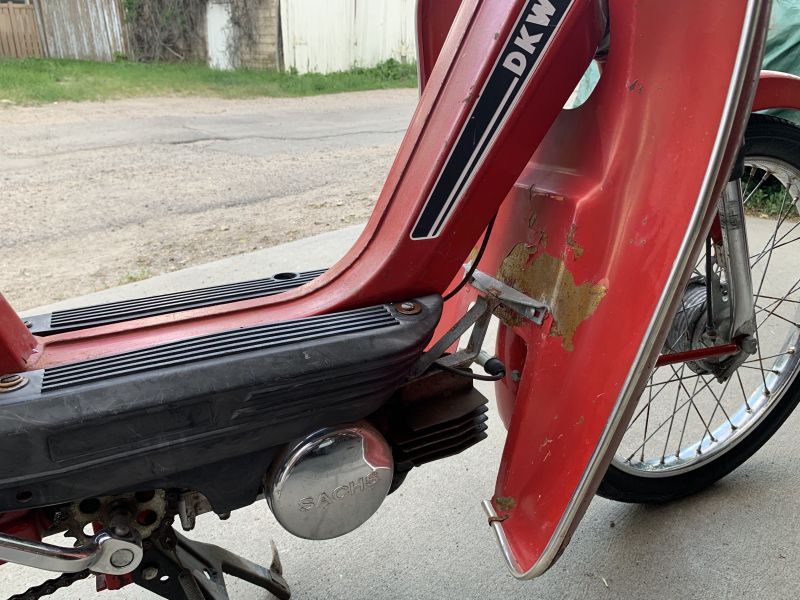 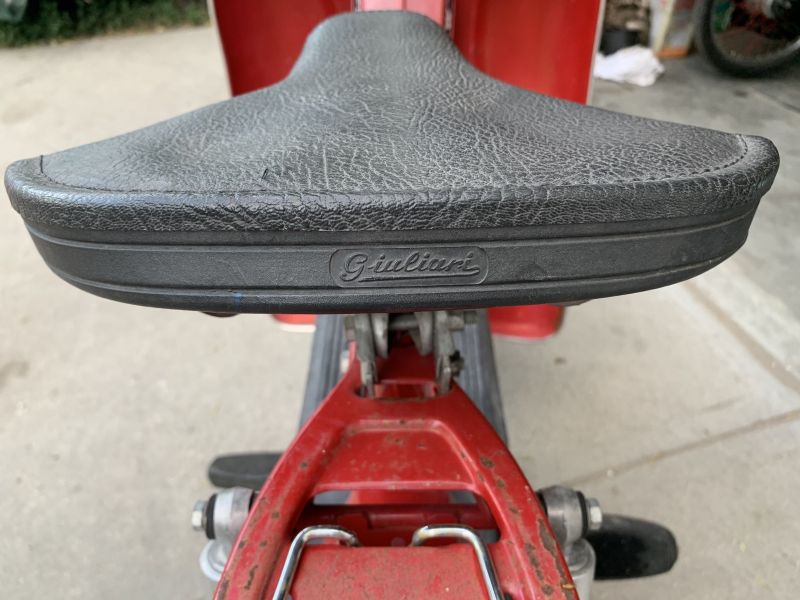 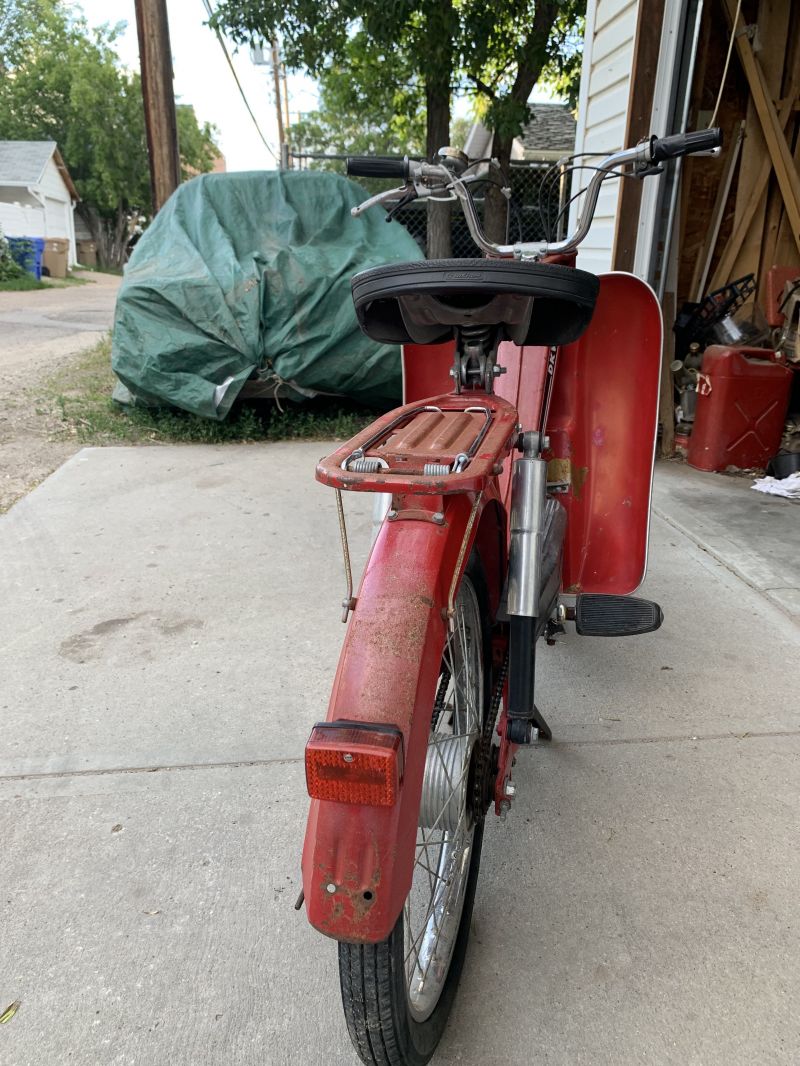 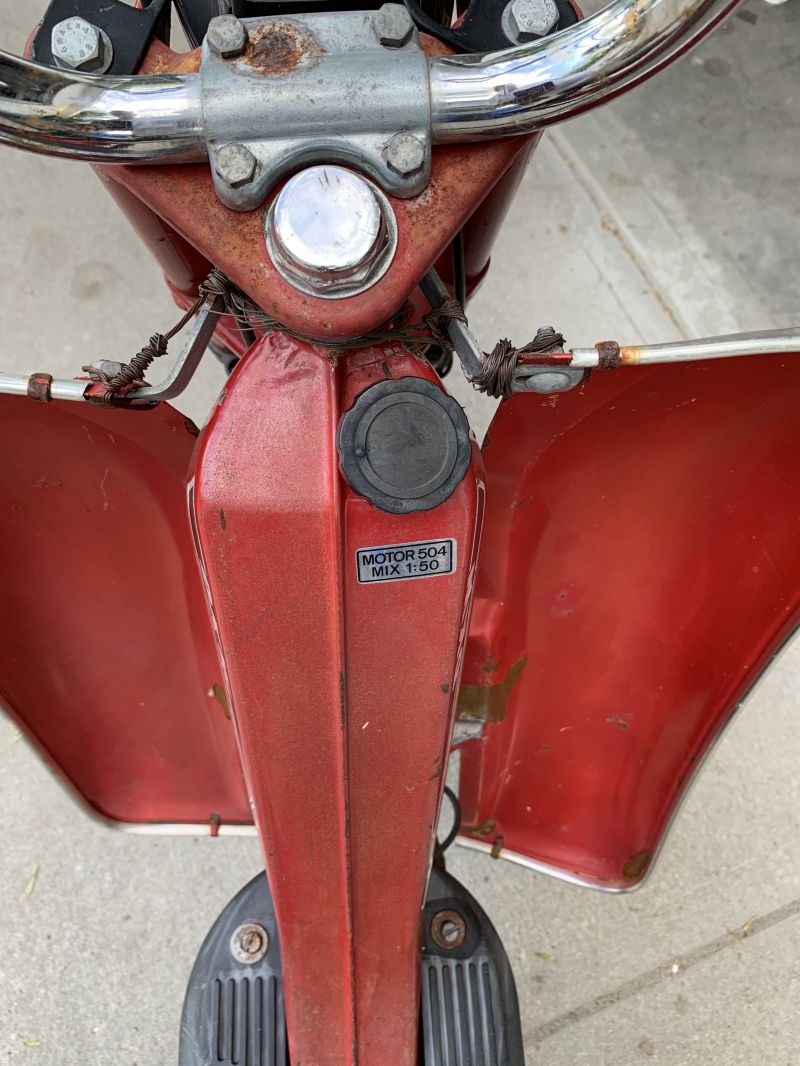 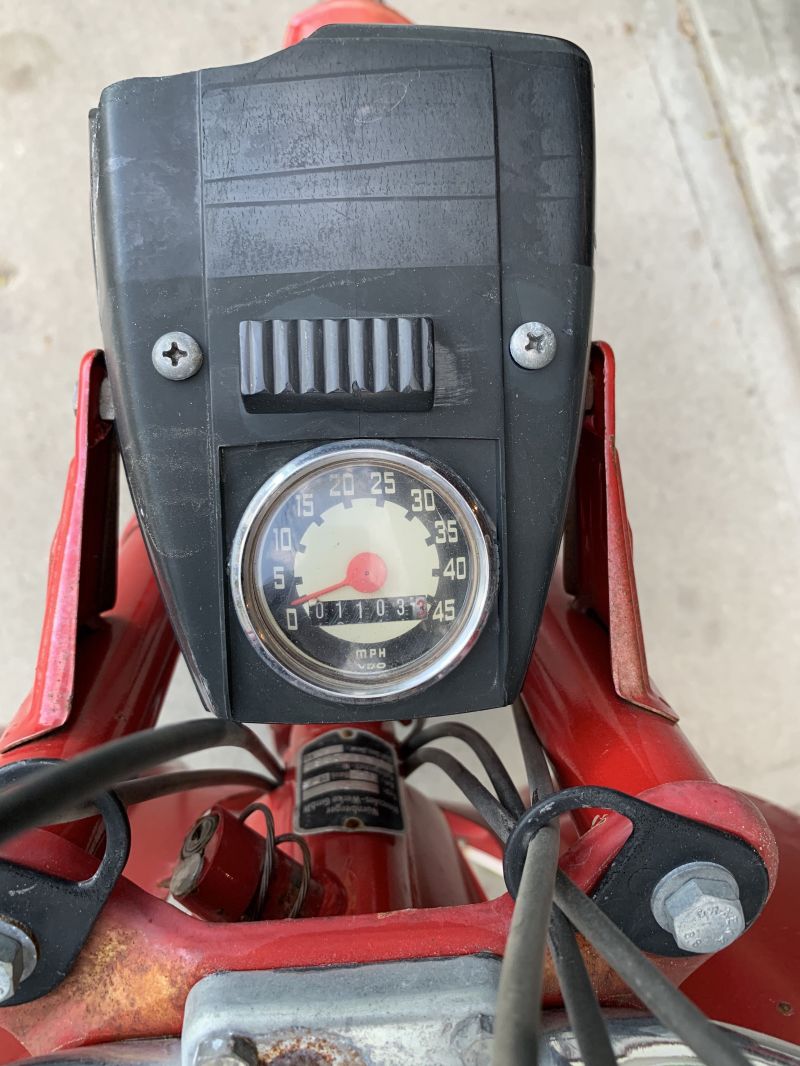 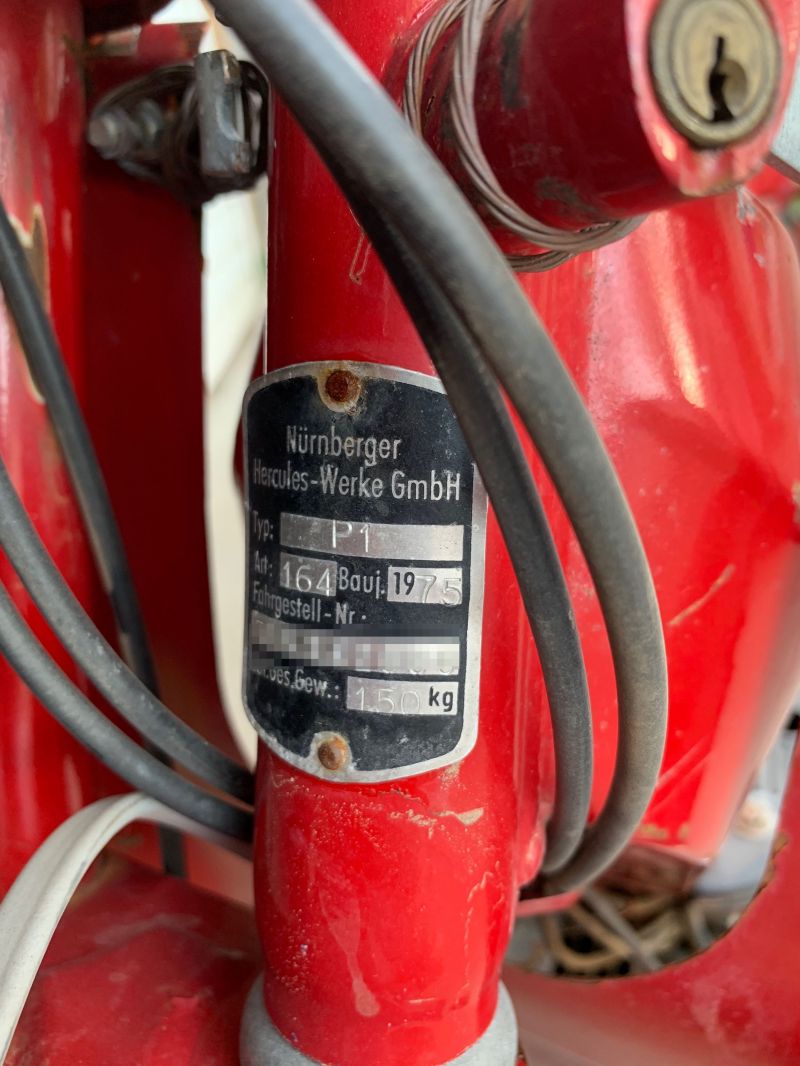 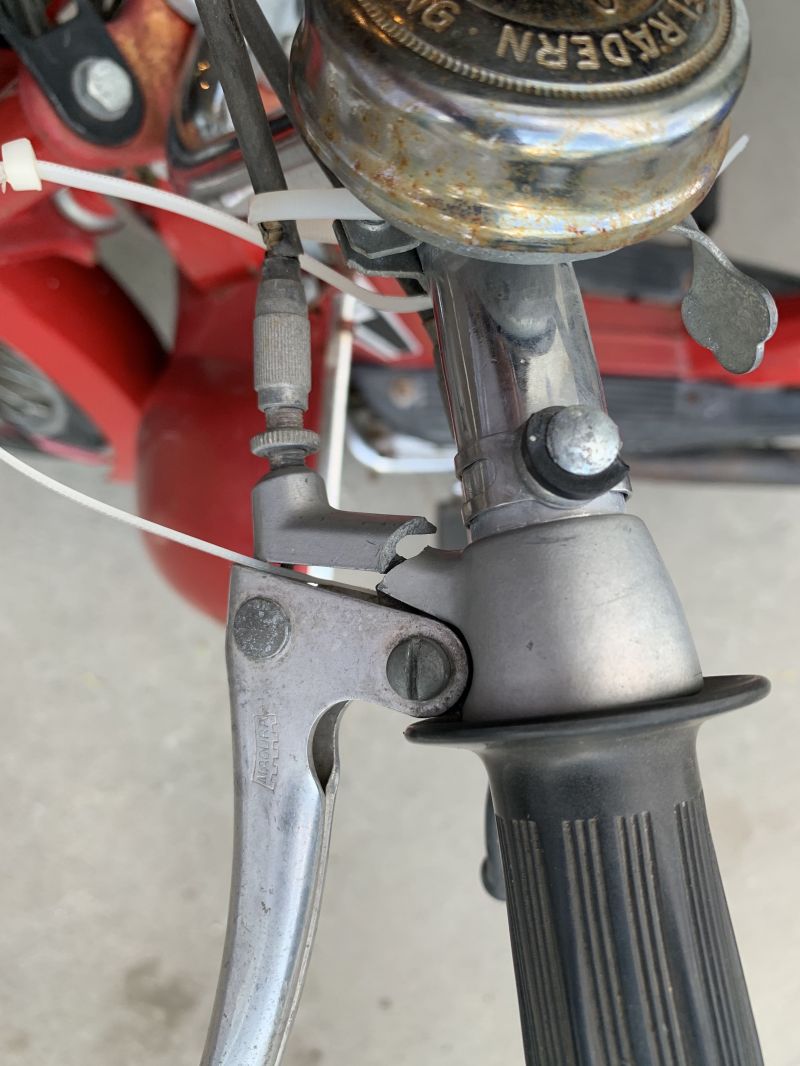 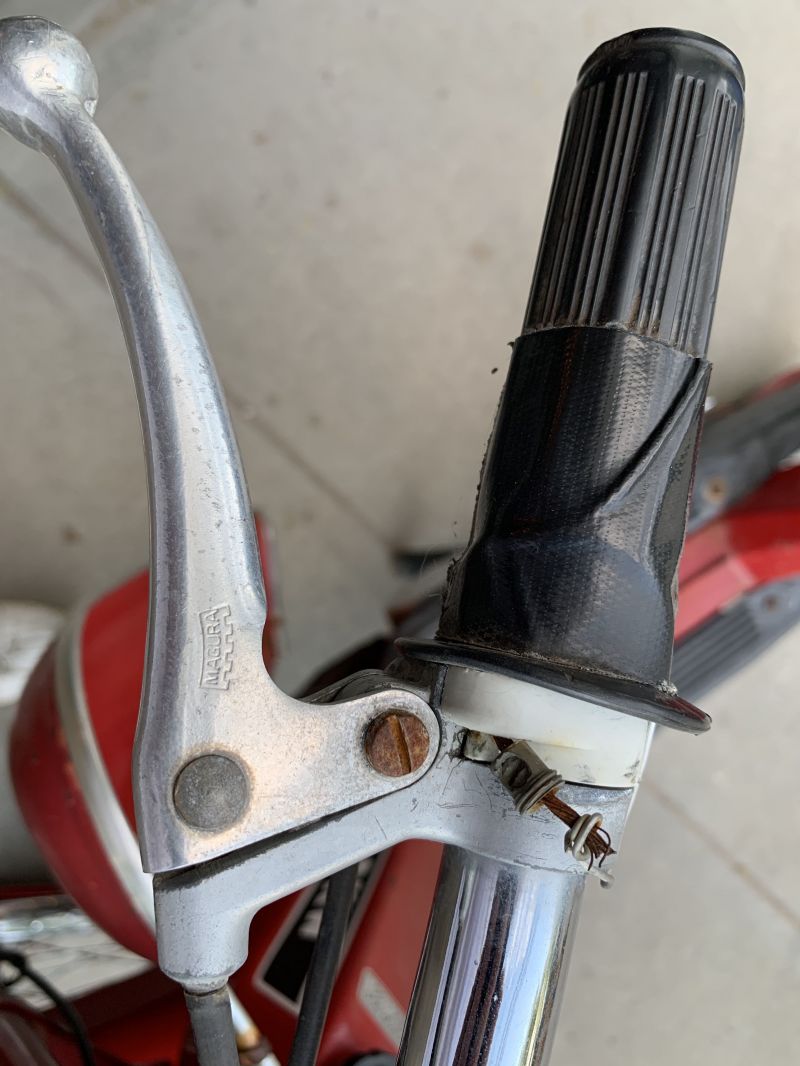 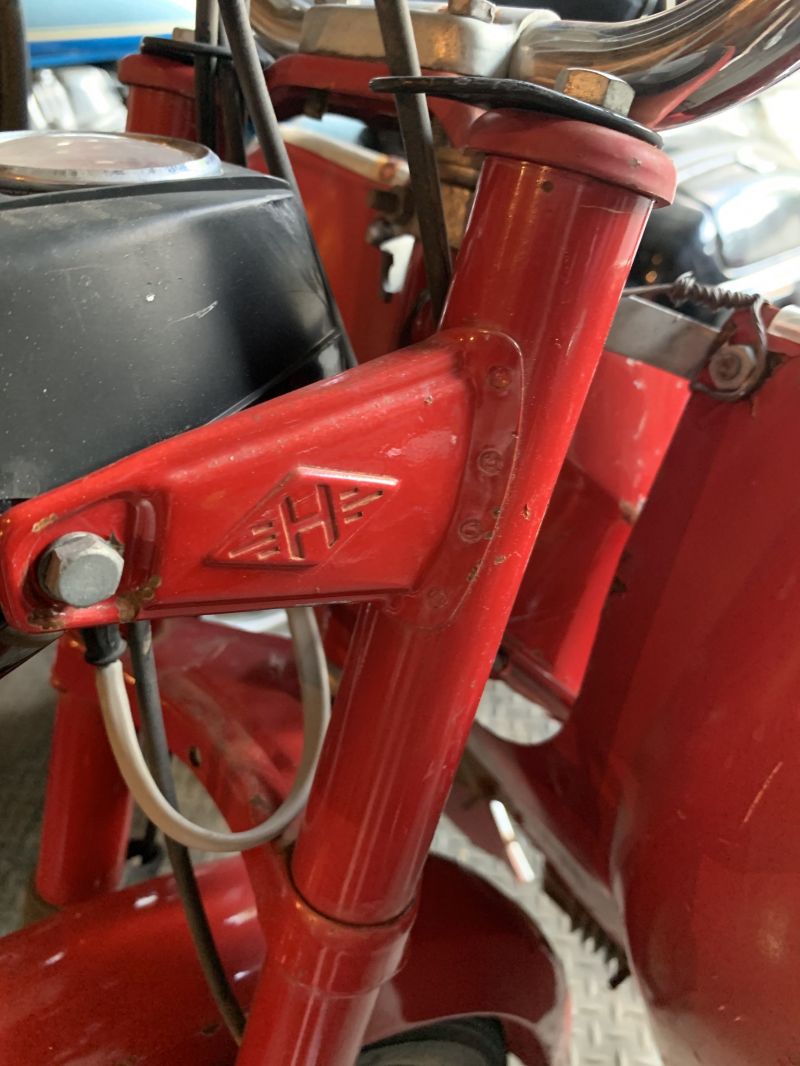 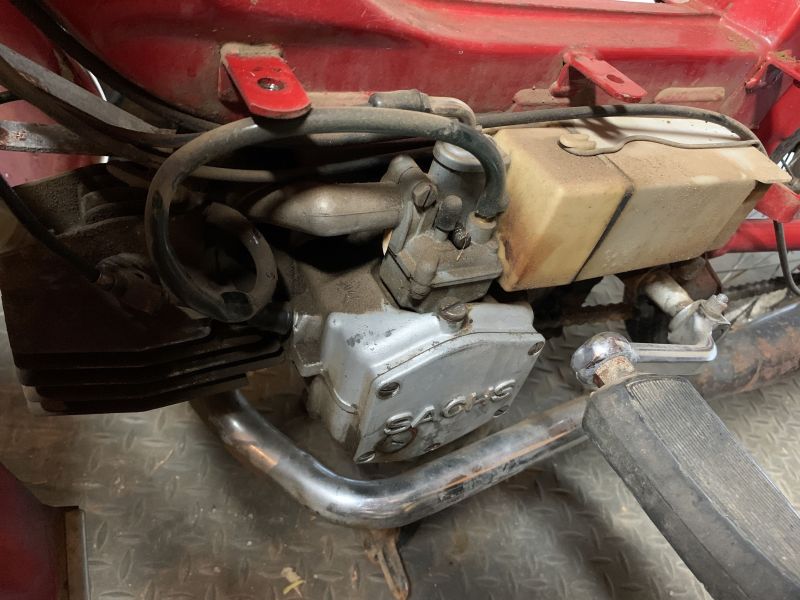 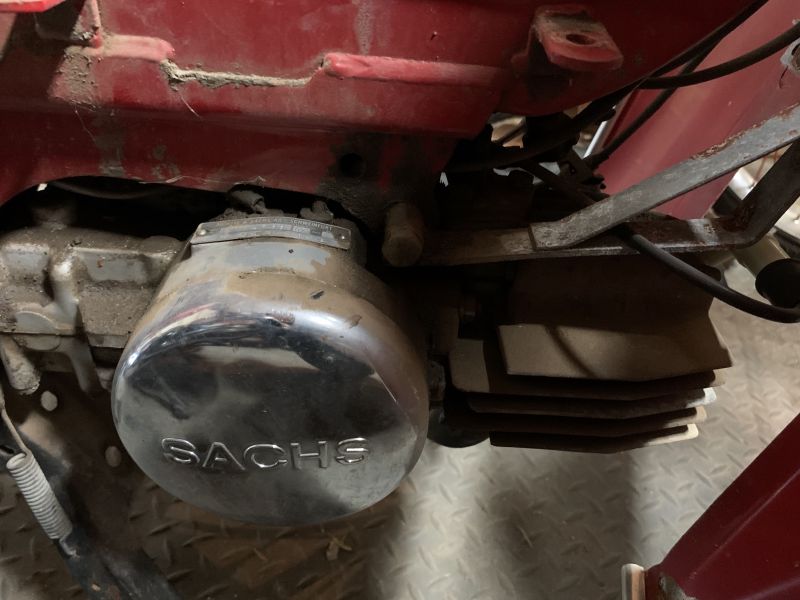 Ok, replying to my own post, but I found some info on the following page.

It says in your profile you like turtles and a Sachs A engine is exactly that but aftermarket exhaust, air filter/up jet you can to get mid 30s mph

Known in the USA as Sachs Westlake or Sundancer, or Hercules P1

First year we saw them was 1977. I've never seen the leg shields before. Very cool!

Awesome bike. The Speedo looks optimistic, maybe you can come close to 40 with a good tune up.