From left to right.

SoCal moped guru and legend with 20+ years experience with ALL moped brands (none of them have any secret left for him), fastest ported stock mopeds when Treats and performance parts didn't even exist, loves mopeds and America, bad ass surfer, 65+ mph with a stock ported tomos a35 engine on the golden bridge during a SF rally, helicopter mechanic, old cars mechanic, old British motorcycles mechanic, most of the fast mopeds still running in LA today have his engine signature, coolest guy to hang out with, a real legend...

Auto body shop owner in Filipino town LA, moped master, variated moped lover, can fix anything with barely nothing (Filipino streets style), nicest guy ever, youtube sensation, used to do a 100 pullups with 2 hands and 10 with one hand in his in 30's and today still does 60 pullups, something seems to be wrong with him lately... he just bought 2 Puchs his less favorite brand and can't get enough of them.

"His Highness" king of Treatland numero uno moped parts store in the world, a legend, a mystery, super cool guy who works really really hard to bring us as many mopeds parts as possible from around the world so that we a simple click of a button with can have them delivered to our doors in 3 days and go play the next weekend, treats any customer the same way either you're a noob or a moped legend, doesn't matter, he'll take of your weirdest little moped part request.

Photo taken at the Tomahawk Cup May 2014 at Grange' race track in Apple Valley, SoCal.

You forgot about this guy! 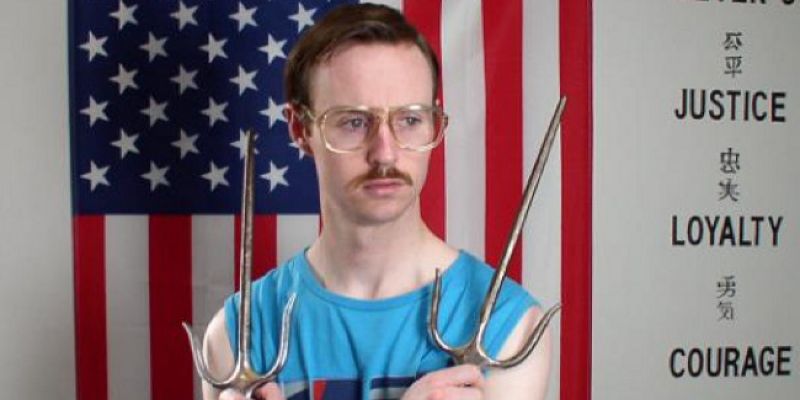 Aaron is a real nice guy ...I built two mopeds for him and his lovely wife ...a real good guy and a wonderful couple to be around...one of many things I will always remember from these lil bikes that have brought us so much joy...ask Jimmy about the bridge haha...ps Benj is in the Steve McQueen club very exclusive-they don't let dumb surfers in there....i could be wrong

PS ...I met Melvin at Choke 6-7 years ago and had no idea the raw talent that was before me....(master welder machinist and uni body guru) he had a white tomos touching 50 but could crush hills...real good guy and very impressive set up in LA...just ask Christophe...s

Man I have to throw rebel Moby in this. I've learn so much from his posts. Motobecane guru.

joe peg from the internet. 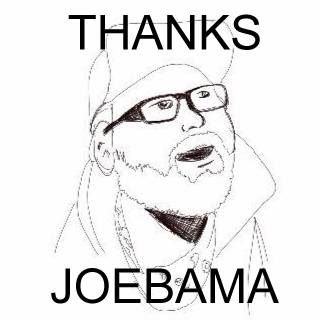 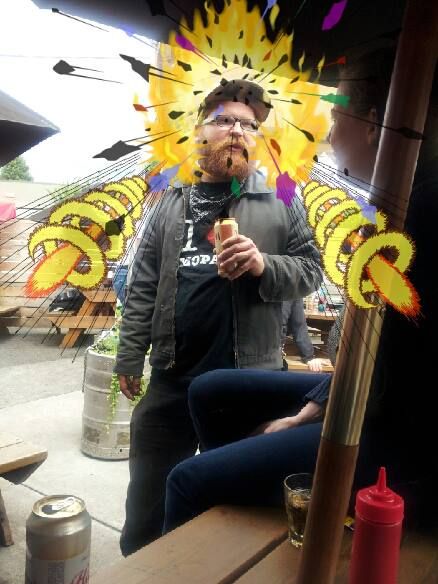 Jeff Johnson from "CHOKE" is one badass tuner builder and rider...ya know the guy who won the "POLINI" cup....s

Yep~Rebel Moby , Linda the Moped Goddess and Dwayne Hoster for the WIN ! ~^ (edited)

Some really cool and interesting characters in the moped community for real...

Here's another pic of Shaw and Benji at the track with some other cool moped characters.

> joe peg from the internet.

no. he's already bad enough, when you force this it just makes him worse. 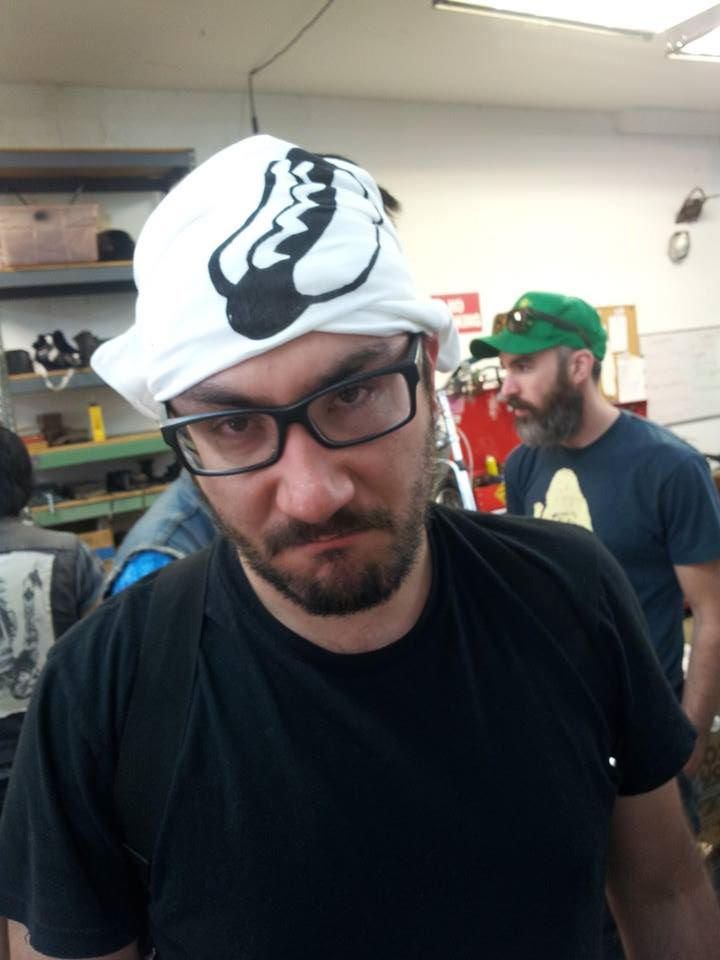 > Some really cool and interesting characters in the

> Here's another pic of Shaw and Benji at the track

> with some other cool moped characters.

Cool pics! Treats is te only place I'll shop at :)

I can't imaging what our moped scene would be without them. Not what it is today for sure.

this is a weird post and i am confused by it.

sure everyone's got their favorite mopeds and stuff, or favorite oil whatever, but when you get into favorite people it gets sortof uncomfortable

I thought this was about celebs.

> this is a weird post and i am confused by it.

> sure everyone's got their favorite mopeds and

> stuff, or favorite oil whatever, but when you get

> into favorite people it gets sortof uncomfortable

he just wanted to post his picture with these guys again and stroke their ego..

but yeah.. thread is a little weird.

I think this is jackie chan or Samuel L Jackson..... Not sure

> > sure everyone's got their favorite mopeds and

> > stuff, or favorite oil whatever, but when you

> > into favorite people it gets sortof

> he just wanted to post his picture with these guys

> again and stroke their ego..

> but yeah.. thread is a little weird.

the OP is not in the picture, but yeah, definitely some ego stuff here, and definitely an awkward post.

i will say that my experiences talking with mr. benji is that he is awesome as fuck on so many levels, and just as humble.

case in point being that the humble ones won't comment on this post, trying to act as though they are blowing smoke up other people's asses, but in reality, are actually stroking their own egos.

hope everyone who needed it got big mo-boners over it all.

none of us are celebrities.

we're a bunch of dorks that ride and wrench stupid little bikes.

some people are better at it than others, but they are mopeds nonetheless.

one observer's opinion on it. (edited)

I m pretty sure Aaron Ruell is a celeb!

if i was a celebrity i could afford a real hobby like vintage porsches, and i wouldn't have to slum it with you nerds.

Bring the Porsche over, pick me up, we get the hell out of dodge!

This has got off on the wrong pedal...I told Christophe not to do this but he did it anyway-(as a joke) he really is from France and does not understand how some of us interpret things...and some of you don't like it... i can see why- that being said change the channel...we had fun out there and some awesome things went down...that is my Father on the right (multiple time Vets mx champ) and bully Mike (a real character) and the guy on the left is Sophorn Sin a true badass cuz he came down from S Dakota to be with us and support the event and he did real good on the track too...people that really know me know this is the kinda thing i don't like-my bikes and motors do my thing ...that being said Ryan Mayer is the real celeb cuz he kicked everybodyz ass..haha...............s

No worries. Some people get sensitive when someone else is inferred to be better in some way. Its not your problem. And they are just trying apply some levity to possible imbalance.

Dude... People pull your heads out of your ass. Its not that big of a deal. Just some whimsical fun post about mooed people we all know and love.

Dave B : I love this guy. He's double OG and I dare any one to say anything otherwise. You can't.

Pat Norris : Dude is to mopeds as Andrew Reynolds is to skateboarding. He gets me pumped on mopeds every time I talk to him, and he has a serious love for not just mopeds but the people and the culture. Too many good things I could say... Moving on.

Will D : A lot of you will probably disagree with me here. But you would be wrong. He gets mopeds. Not just the mechanical aspect but the cultural aspects also. He infamously trolls those who would take mopeds too seriously there for doing mopeds as a whole a justice. He is Batman and we are Gotham looking for a villain in the face of a man that loves us so much he is willing to be hated.

Those are just a few of my favorite people. Don't take this thread so seriously... 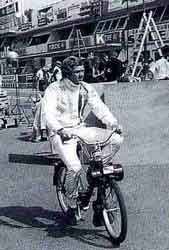