Hello all, this is my first moped. I joined this forum to try and educate myself on this mj50j I purchased this month. I bought it from an old timer who said it has been sitting for 20 years in his garage.

Short term plan is to get it running stock and long term is to try and get this thing going 45-50mph so I can drive it to work and save on gas money next year.

New battery is all I have touched. It is getting spark and fuel, but not starting. Carburetor is pouring fuel out and petcock/lever is dripping also. Throttle feels broke..it has no spring back or anything, feels loose.

Those are my first issues I will be trying to research if you have any pointers, if not that is cool too. Thanks 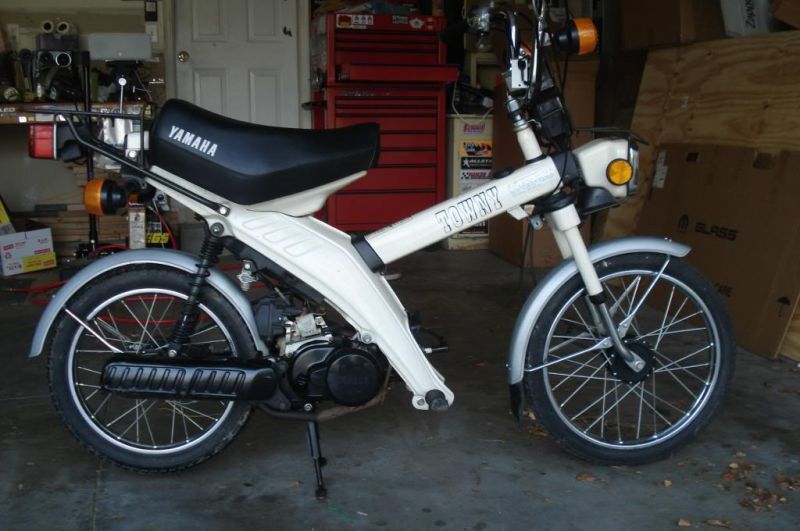 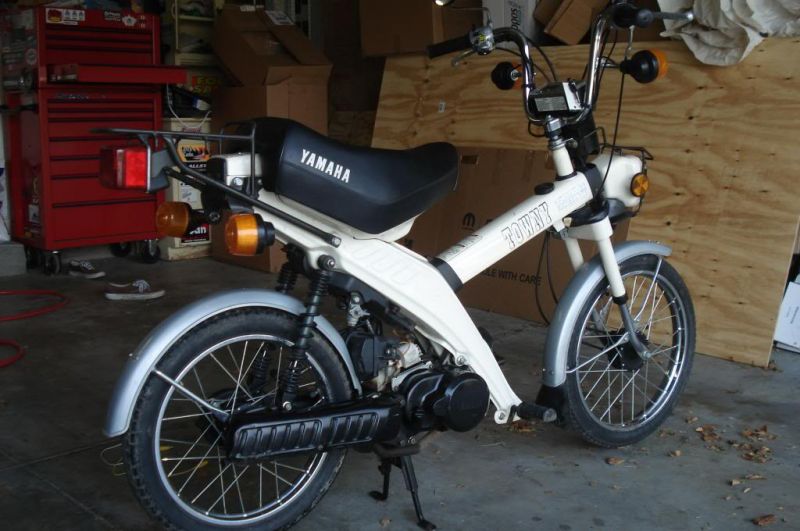 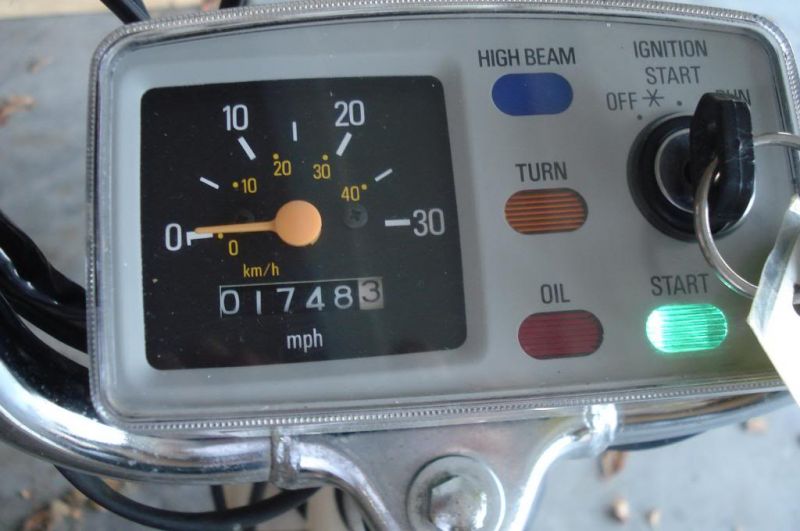 I just noticed mj50's had 5 digit speedos.. I may need to get one for my qt

Well save yourself time and money and sell off your noped scooter and get a real moped that is on the ohio approved list .

You cannot get a moped plate for your bike in the state of ohio.

You will need a title for your bike, you will need a motorcycle endorsement and insurance to plate it http://bmv.ohio.gov/moped_info.stm

> Well save yourself time and money and sell off

> your noped scooter and get a real moped that is on

> You cannot get a moped plate for your bike in the

> a motorcycle endorsement and insurance to plate it

I believe Kentucky laws are different than Ohio. That is where I live and work.

It's just a little easier to say that since I'm right on the border.. 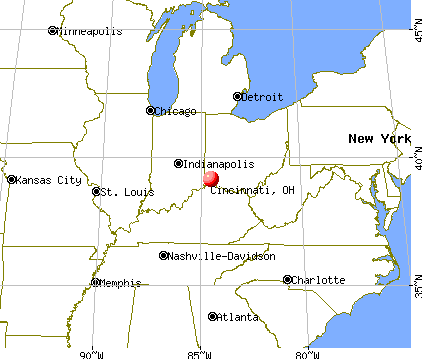 love my towny, but it maxs out at 45mph due to ignition limitations.

2) drill a couple holes in the back of the airbox, this will get you up to 35mph (40mph downhill)

3) take off the rear fender and install a fatter rear tire to increase it overall diameter, this will get you another 1-2 mph

4) ride it and enjoy it. super peppy off the line

when you want to go faster...

1) you need to replace the carb, i put a 14mm PHVA on mine, took the intake to a machine shop and told them i wanted to spigot mount this carb to the stock intake

remove the oil injection, it pumps so much oil that i was taking me like 10mins to get the engine up to running temps

1) figure out a way to make the ignition adjustable or hunt around n find a CDI that will work.

im not individually embedding these photos:

In some jurisdictions that would be a scooter (motorcycle), In Kentucky you can register it as a moped... http://www.moped2.org/laws/Kentucky.htm

In the wiki there is a lot of info on resurrecting mopeds. Read it.

For a scooter it is an ok one, but parts are a bit rarish.

You can if you look hard find a Towny User Manual and Service manual.

I would be guessing your carburetor is gunked up, with a bad needle valve and float if it is spewing fuel. A QT50 manual (yamahopper) will be helpful, although there are differences. The theory will be similar.

I have a pdf copy of the towny service manual, but I do not remember where I got it.... must have been online after a google search. (edited)

The Towny is a great noped, although its going to take some work to get it to to the speeds you have mentioned.

First off, as Full Tuck said, fix all of the problems with it first, and get it running well stock, before doing and mods to it.

Read this thread from start to finish...it will give you an idea of what you 'll need to do, and what your options are.

A Biturbo made for a Tomos A35 will also work, although not as well as the MLM, and sticks up in the air quite a bit. Seen in this thread

The CDI isn't limited, although you'd want one with a curve (Ignition retarded at higher RPMs) to keep the temps down. Although most of the first post is gone for some reason, here is a discussion about the stock CDI

CDI Thread. Best bet is a "scooter" CDI off of Ebay or something. Look for one made for a Yamaha Jog that has 3 single wires, and 2 that go into a plug. Its not "plug and play", but can be connected to the Towny wiring harness pretty easily.

If you are going to mod your Towny, do yourself a favor, and get a head temp gauge. They tend to run hot when operated above stock RPMs. I seized mine a couple times before finally getting one, and am glad I have one now as it has probably saved my engine more than once!

There is a lot of info on here about these, just search. Also search for threads on the QT50, as a lot of the information applies to the Towny, too. (edited)

it's too nice to chop up. leave it alone.

Your petcock/carb leaks and the throttle problem all scream of fuel that went bad. Smell the tank (from a distance) It will probably be very rancid.

Some petcocks can be rebuilt, others replaced only. Rebuild the carb and read up on tank cleaning.

I suspect this will be all it needs. Change the trans oil as previously mentioned and look close at the tires for dry-rot. Lube all moving parts.

Read through the wiki especially Freds guide. That bike is well worth saving.

you can actually disassemble and clean the petcock, ive done it.

tank is made out of plastic.

rip out the fuel gauge float, its going to fall apart and clog up everything... if it hasnt allready (i forgot about this one)

dont let these guys ruin it's potential by letting them convince you to keep it completely stock... this is one of the best nopeds for modded stock setups.

Just a little update if anyone cares. I took the carb apart and soaked/cleaned/compressed air everything I could. The main jet was completely clogged with gook.

I no longer have any fuel leaks at all. Fuel is getting to the carb for sure. I am getting spark for sure. It seems I'm still not getting fuel though. If I prime the cylinder with fuel, it starts right up but quits after a few seconds.

It seems maybe I missed something in the carb?

Did you clean the gas inlet nipple on the carb?

Squirt or mist some gas in the intake with the carb off and see if you can get it to pop off.. if not might check your reeds.

check your throttle slide visually to make sure it goes all the way up and almost all the way down. You said you cleaned the main jet what about your idle circuit and jet also if none of that makes it start check your intake reeds for being stuck open. Its fuel flow issue for sure if it starts with gas in the cylinder have you tried starter spray down the throat of the carb? that would let you know if your intake/reeds are working. Oh yeah great bike by the way (edited)

It lives now. I must have missed something in the carb the first run through or the needle valve was stuck? Soaked it again and took a copper wire strand through all the tiny holes. Started right up.

Next up I need to buy a new air filter and find a throttle cable replacement or a repair for it. The cable is frayed off just below where it connects to the grip.

Forget it. This place is so full of self important assholes you will get nothing but insults . Sorry for that. Just read the items that seem to be pertinent to your interest.

> It lives now. I must have missed something in the

> carb the first run through or the needle valve was

> stuck? Soaked it again and took a copper wire

> strand through all the tiny holes. Started right

> throttle cable replacement or a repair for it. The

> cable is frayed off just below where it connects

Glad to see you got it going!

Check with the local Yamaha MC dealer, I've gotten parts that old from them before. Looks like it should still be available new: http://www.boats.net/parts/detail/yamaha/Y-5H9-26312-00-00.html

Lots of great info here. And some not... ha! Thank you.

There ya go Pedro! Nice ride, don't worry about getting razzed. You'll get used to it. Keep your progress posted.

I just picked one up myself. Is it possible to replace the 16inch front rim onto the rear? Is there enough room?

Cool bike, glad you got the fuel system sorted out.

I am glad to see this question asked..i can't see it working out but it might .i just put new tires on my towny and ended up up with a 2.25x16 on front instead of 2.00..my tire was too wide and tall for the original fender so i ended up revamping a metal fender from a commuter that i liked better but the rear didn't work out so thought about going with a 16 or finding a 14 that looked like the commuter fender.front was easy fit by cutting the braces an inch or so,flatting back out and drilling screw holes.. (edited)

I just got one of these. Runs and rides but the float needle is shot so it leaks gas. Does anyone know where I can find the needle valve?