Rob Rob /
toratora
This single post is part of a larger thread. Start from the top or view this post in context.

GPRs--here is a quick run down from memory (so I might get some of the particulars off by a bit) of the GPRs that were sold in the States, and some of the variations we didn't see.

Here's an early GPR single arm swing arm that wasn't (as far as I know at this time) sold in the States.

The first of our GPRs wasn't. That sounds weird but it's true. The early GPRs were designed by Cagivia and were known as a Cagiva Mito 50. They were nearly identical to the early GPRs with a couple of exceptions. The drive was on the right hand side rather than on the left. The engine was a Cagiva 50cc. The styling was close to the Cagiva Mito 125 (which many confuse with the Ducati 748--which was designed byMassimo Tamburini at a later point in time). 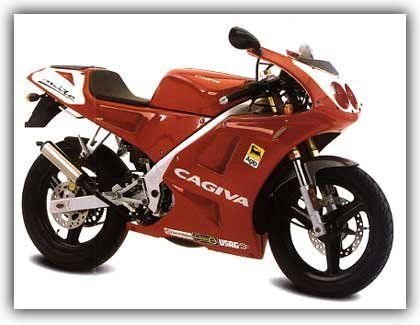 The first GPR came out in 1999. It featured a Derbi Engine, some new graphics, but for the most part it was the same bike as the Cagiva Mito 50. This bike came with what is known as the EBE050 engine.

In 2000 the graphics were altered slightly, the same EBE050 engine showed up, and there are also some 75cc bikes that look nearly identical to the 50cc bikes--these featured the EBE075 engine. There are some Derbi Motards that employ a variation of this engine that are called 100's. The 075 was never really marketed in the States, but two containers of them showed up with something like 100 or 200 of these bikes. I've seen about 10 of them so far. 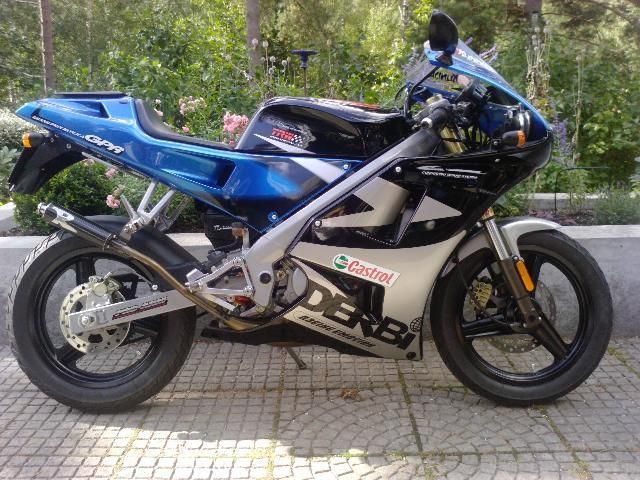 2001, and 2002 are pretty much the same as the 2000 bikes. I've not seen anything to differentiate them. At some point you could get the Yuichi Ui special edition. 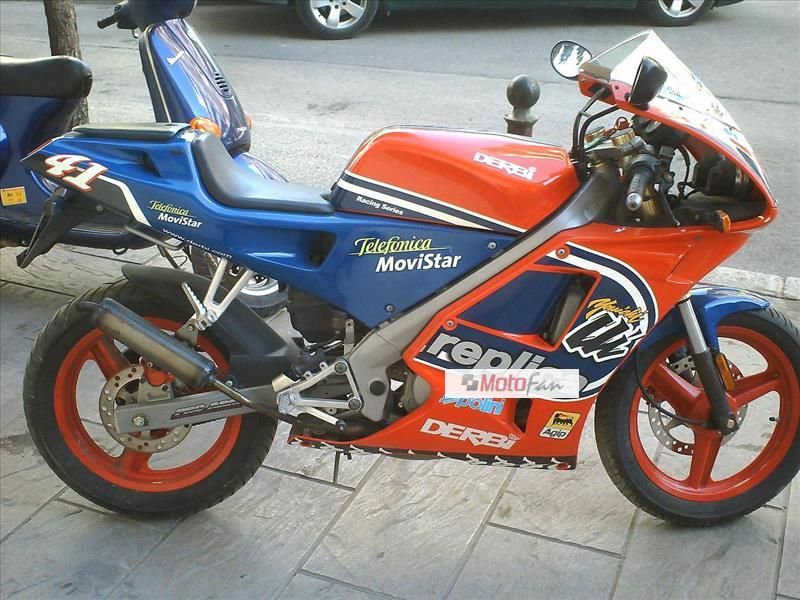 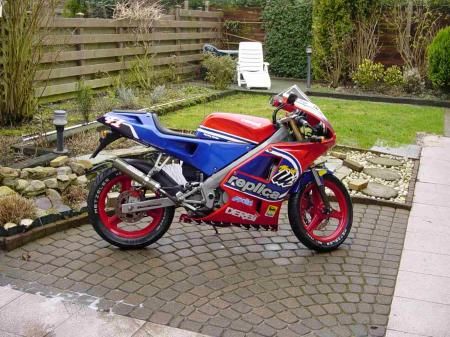 2003 there were many changes to the bike. These are most notable from the stack head lights. The plastics came only in Red, with Malossi plastered all over the upper faring. These bikes have may have the EBS050 engine. Any difference in this engine is very minor and all top ends that fit the EBE050 also fit the EBS050. 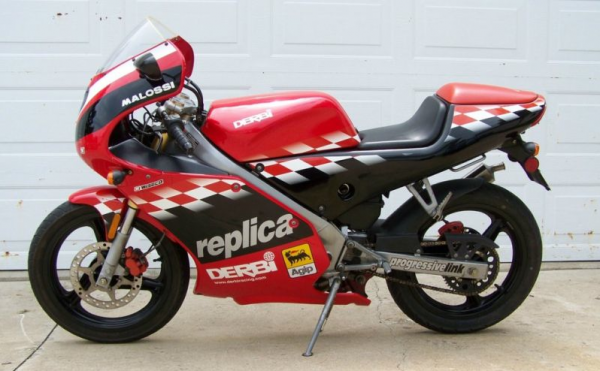 2004 changed the color of the bike to either a flat silver, or a flat red, new graphics, and feature what's called the Senda engine. Much like the EBE, and the EBS--the only thing I've seen is that it has a shelf in the front (exhaust side) where a kitted piston will hit if either the shelf, or the piston isn't modified. There was probably done to keep kids from kitting the bikes. 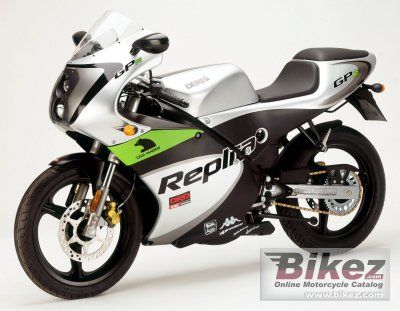 2005--completely different bike with as all aluminum frame by Benelli. Also new aluminum swing arm--pretty much everything about the bike changed. The engine however remained the same--a Senda. This is thought of by many the height of the GPR design. This is also the first year they offered the bike with a Yamaha 125cc stroker engine. 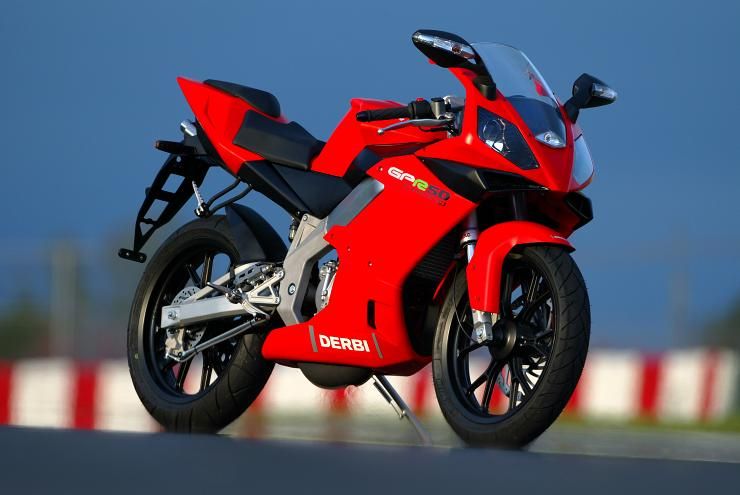 2006 was the same bike as 2005 with some variations in graphics, and then new DB050 engine. This engine is sometimes called the Euro3 engine, where the previous engines started to be knows as Euro2. These have incompatible top ends because of the method employed to cool them. 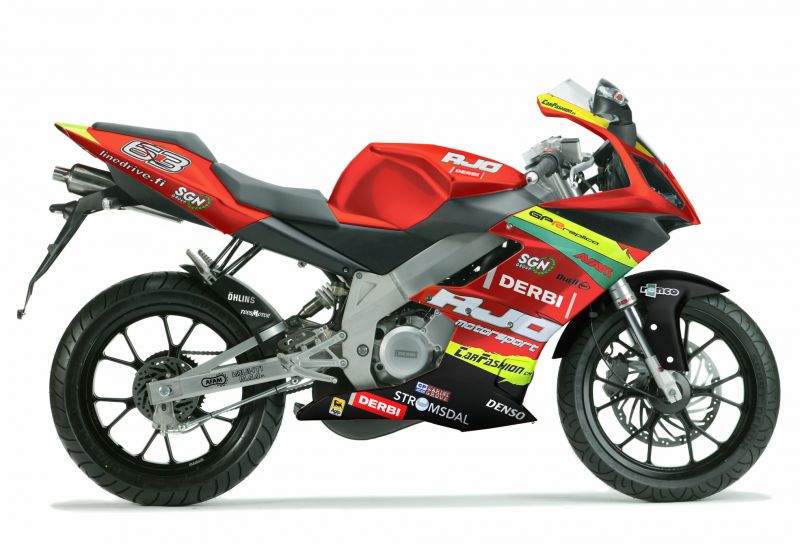 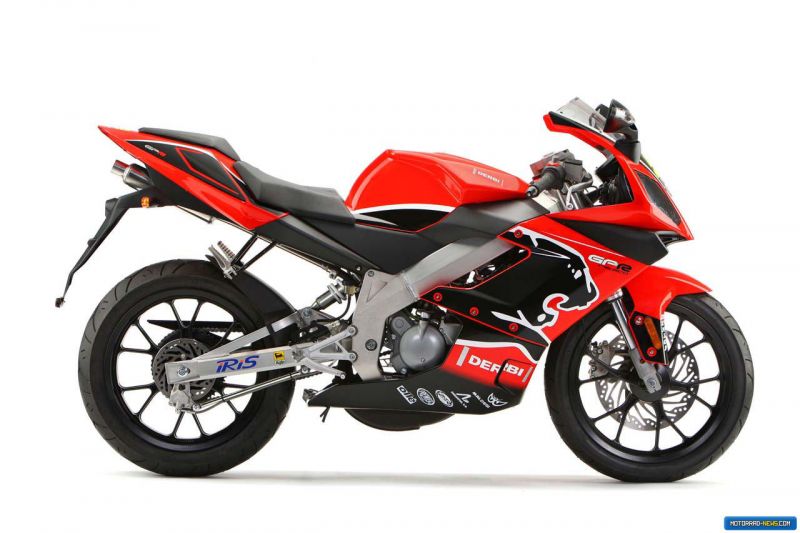 2010 or 11 (I'm not sure) the bike took another design change and featured a modified Aprilia RS50 frame from the 90's. Many folks find that this is a much cheaper quality bike than the previous Benelli GPR. The engine is a Euro3 style. 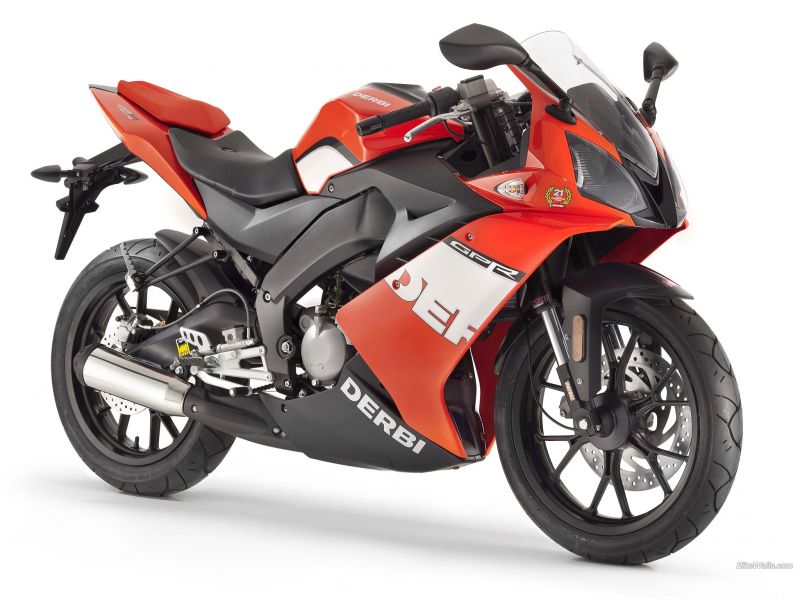 There were also some special editions like the Nude, and the Cup bikes. We didn't really see too many of these in the States, but there are some thanks to folks like Ozzie. 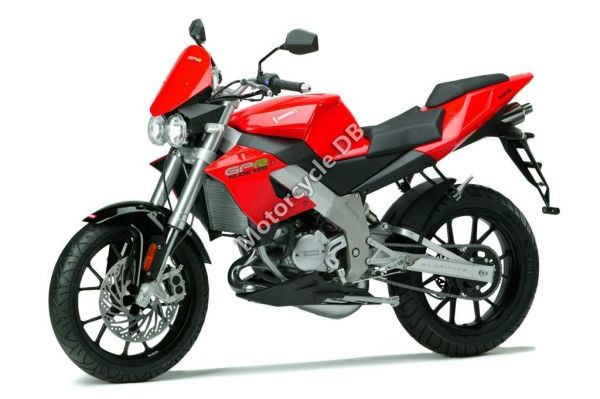 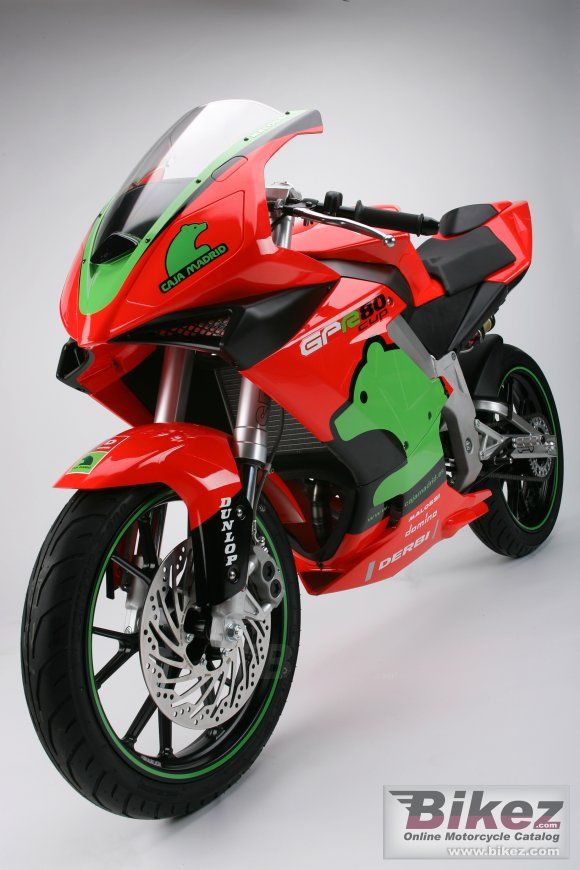