Jaa Bee /
kohschooley
This single post is part of a larger thread. Start from the top or view this post in context.

So I need some advice/a look over by someone who is more familiar with electrical stuff or has done this before.

I am looking do to a electrical overhaul/switchover for my moped. I'm planning on making a halogen headlight as well as a LED brake/running light, both running off 12v DC. I am currently planning on using two of these LED strips, one in red for my brake light, one in white for my running light. Although the running light will be running at all times, I would like my brake light also to be illuminated, but not at full intensity unless the brake is engaged.

A little background: The moped is a Tomos A3, kitted and all that jazz. It will be running fast, at high RPMS. It has a korado CDI system on it, which outputs 12v AC current.

My current plan is to run my 12vAC into a rectifier, and then through a capacitor to change it over to 12vDC, with a smoothed output (capacitor).

Then to create the brake light effect, I plan on running in parallel two wires(paths) to the red LED strip. One will be running through a resistor, which will power the LED when the brake is not engaged. The other will run through the brake light, and meet up with the other path after the resistor. My thought process here is that while the brake switch is not engaged, the current going to the LED strip will be limited by the resistor, dimming the lights, while when it is it will bypass it and go full-blast to the LED, making them brighter-den-a-mutha-fugga.

I've got a few parts of this plan I'm not too sure about, and would love some input.

1. The rectifier + coil combo. Since my coil is grounded and has only one wire coming out of it, I will have to "float" the ground, right? From what I've gathered, this just means removing the end of the coil grounded to the core of the coil, and running it to the rectifier..., right?!

2. The actual rectifier. Any suggestions on one? as in a actual link and review? The ones on Treats look alright, but I've read suggestions that a simple 10$ scooter 4-prong rectifier/regulator combo will work just fine. I'm figuring this is what the ones on treats are.. just at a "moped convenience" mark up if ya' will.

3. Rectifier + Capacitor. So this capacitor will be used to act as a "supper-mini" battery that effectively smooths out the output right? How will I know what sort/level of capacitor to purchase? Anyone with previous experience here?

4. The brake light configuration. Does my plan make logical sense to an electrically knowledgeable person? If so, how might I go about deciding the resistor level to use?

5. Power usage. Will all of this be able to be powered by my components? I've figured that since both the LEDs im using for brake/running lights and the halogen headlight are less power hungry then their stock counterparts, this will not be a issue. But I'd like some input here, as it'd be a real pain downunder if I get this all wired just to have dim lights.

I know this is a hell'uv a read, and my electrical terms are probably all over the damn place, but I'd appreciate any and all help! Any other relevant suggestions/comments are welcome as well. 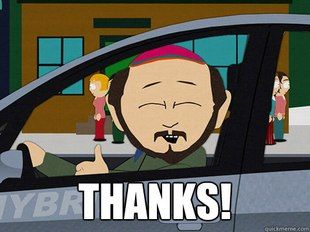