So Frank wants a old sign that has holes in it that spells DRUGS. They pull the sign off the top shelf and it lands right on the top of a sweet moped. Idiot!

Boohoo, turn off your tv.

Who is Frank, and also shut up.

He is a cute little chubby bear,aint he? 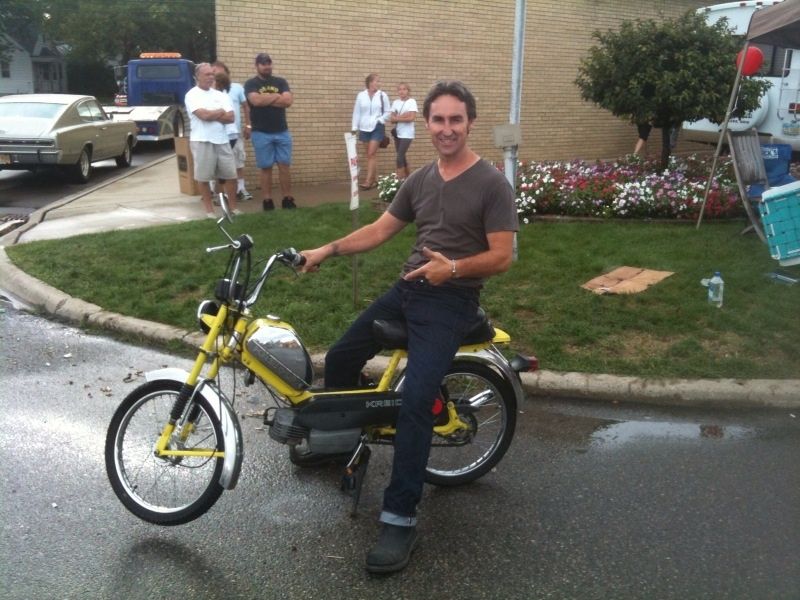 mike fell on my moped in detroit. (edited)

The Pickers are such scheming douche nozzles. I seriously doubt they ever get their fantasy value they arbitrarily attach to their shit.

You have to realize that it's a TV show. It's not real life.

go to their web site where they try and sell that shit they pick up.

people are paying the price because it is from them, they think it adds to the provenance

still, I'd let him fall on my moped, winky winky

Those buy pay SUCH high prices for junk soemtimes....they just offer too high from the start. I'm into "americana" and the past....but ....start small.

Cant count how many times I've seen a thread here from someone bragging about stealing a moped from someone who didn't know what they had. lol Douches huh? At least they tell people up front that they are going to flip it for a profit. I guess it's OK for some of us to do it because were friends right? lol

So what was the moped if it was do sweet?

I watch the show and love it. I think they actually give quite a bit less for the stuff than it is worth (not totally unlike the Pawn shows..). Of course I don't think we see but a small percent of the stuff they actually buy, because I have seen too many shows where they drive all over God's creation and we see them buying a few (nice) trinkets they plan to make a few HUNDRED bucks on. That cannot be enough to sustain their overall operation. That must be done through TV royalties or unseen sales. Enjoy.

I watch it to see Danielle.

> I watch it to see Danielle.

Frank is a genius, I mean the bundling an all.

I just wish they'd explain it one more time.

So the question is. Would cha?

Yeah, the pickers are douche nozzles.

I got two screaming deals in one month. An 85 Puch and an 82 Express, $50 and $20 respectively. Both sellers were aware of the approximate value of their bikes. The Puch seller wanted $350 at first, I offered $40, telling him I always start low and that he could probably get more like a couple hundred on CL or ebay. I even told him I'd list it for him and answer all the queries, for $10. He didn't want to mess with that and was in a big hurry to move. The Express seller said he knew he could get a few hundred for it, but wanted to pass it along cheap because God had blessed him in other ways.

Neither bike ran. The Puch has a long list of missing and broken parts and the Honda needed some work and a substantial list of parts too.

I had no intention of flipping either bike.

The pickers are very much like most of the house flippers that hire me to magically fix their houses cheap, so they could make obscene profits. Profit doesn't bother me, what bothers me is their assumption that every contractor should work for rates that total less than minimum wage; then sell or rent their houses at prices that a $20/hour worker would struggle to pay.

So how much did that Kreidler go for.....that's the question.

Now this thread is getting good!

by order of the american pickers, all wild swoops are to be hunted to extinction