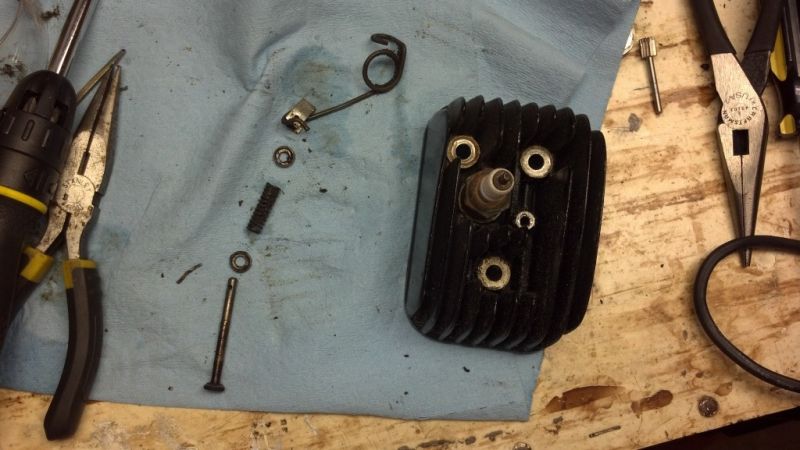 Pulled the decomp off the old head, cleaned it up, and tossed it on the malossi head. Did a couple other small tune ups(in hopes to be driving around after starting)

It was a bit stiffer to kick over, but i got it limping just like before. Same 4 strokeyness. It did seem to be a bit better and wouldn't die as fast when attempting to let it idle. But it has no power still and won't idle for shit. Kind of stumped on the next step to take..

I had my hopes set too high and was miffed it didn't run haha. I'll get a new compression reading, clean carb again(might try a different jet if i can find one laying around. i doubt i have another though) and see where its goes

Any other suggestions? Though about a leak down test, but need the tools and a bit more research on it.