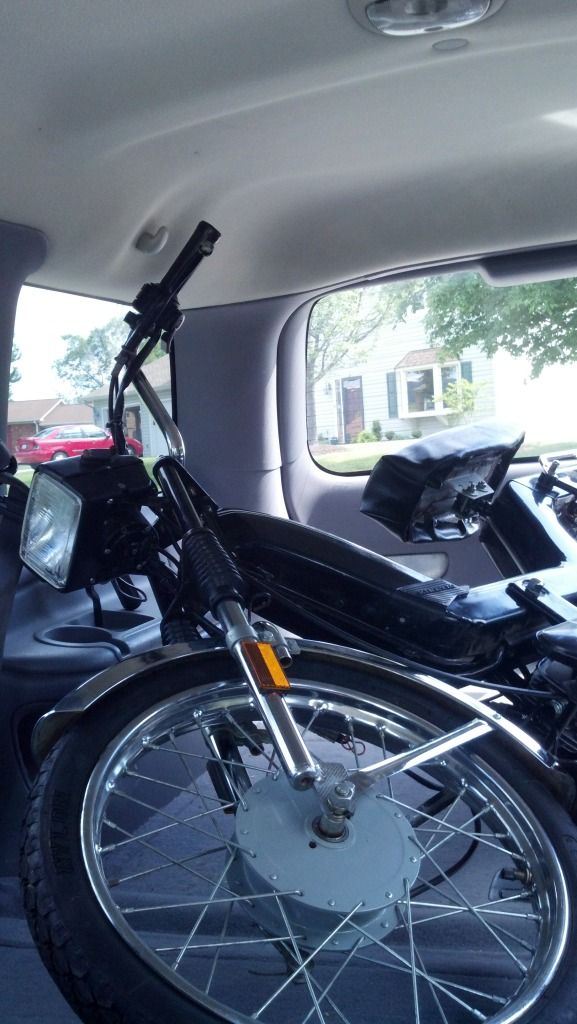 Talked him down to $80. Not sure what year it is, but it has ~960miles on the clock. He's been working on it for a while, and was using treats to source the parts. He said it was running, but wouldn't idle. Was chasing air leaks and he silicon on some parts.. He put a new 65cc kit, carb, clutch, electronics, exhaust, plug and wire. quite a bit of new work so i was ok with 80. He was chasing air leaks before he gave up.

Pulled the covers off and hooked up an auxiliary tank. Tried to kick it over but wasn't getting any go. It has spark and fuel. He didn't know what kind of carb he put on it, i'm guessing the jetting is way off and timing could use some attention. (edited)