here is an email i got about mopeds in russia - thought you'd all be interested:

I just wanted to make you know about moped enthusiasts here in Russia.

Interested? I'm sending the pics of the mopeds that the Russians have been

running for many years. However, some of the models, such as Pilot and

Krokha became available just in the recent years. I will briefly describe

As to me, I live near Saint-Petersburg city and run my Riga moped that my

grandfather bought in 1968. To get it going, I had to buy a brand-new

engine, so I'm still breaking it in. The engine looks as that on Delta,

operated clutch and foot-operated gear shifting, and can run as fast as 35

FYI, in Russia you don't have to have a driver's license to run a moped -

just got to be over 14 y.o. According to the laws, the moped is a vehicle

powered by internal combustion engine having a 50 cc displacement, or less,

how fast your moped is and whether you have a conventional 49.8 cc cylinder

care about! Of course, this is true only when you are smart enough not to

cause a road accident...

Okay, now let's get down to the bikes:

earlier makes). Specifications as mentioned above. Gears are shifted

Delta (delta.jpg) and Stella (stella.jpg) are produced in Riga (Latvia). Can

be equipped with the V-50 or a V-501 engine. The latter has an improved

design of cylinder finning as well as foot-operated gear shifting. This is

the engine I'm using myself.

scary, doesn't it? Its engine is made by the same factory which is called

"Krasny Oktyabr" (Red October). I was extremely surprised to find out the

other day that a similar engine is manufactured and sold in the US! It's

called Wizard. I'll send you the photo - they are strikingly similar! So, if

anyone knows the historical background, please let me know.

Krokha is a motorized bike made in Belaruss. It uses the same D-8 engine as

4.500 rpm. The engine was designed a very long time ago, back in the late

50s, I guess. It's installed exactly the same way as Wizard. However, the

Krokha itslef was released a couple of years ago.

And the last one, the Pilot (pilot.jpg). It is the latest moped released

into the market (1998), and the only one entirely made in Russia (the others

are from former USSR member republics), and, finally, the best we currently

have. It was designed all from the scratch at the old motorbike factory (and

a military enterprise at the same time). Despite the unchanged engine

and, consequently, the speed. While the manufacturer states the standard 25

the bike is surely capable of more! People say it can run 45 mph after

break-in. It's the only potentially overdrivable bike.

So, that's what we are riding in Russia. I've surely forgotten something,

and I hope to have a feedback from anyone of you.

S'cuse me while i wipe the drool off my keyboard....

Those are some sweet 'peds, man.

hello, i live in sweden and i have an stella moped. but i wondering were i can find parts to the moped.

I have a stella moped too. Have you any info ? Please let me know.

Karpati and Carpati are different moped makes and have nothing in common.

KARPATI - made in Lvov - USSR/later Ukraine.

Even technically they are totally different.

Good work finding what is probably one of the oldest topics here.

Lvov is the shit! Here is a pic of me getting shitfaced there that I'm sure Squiggy will love: 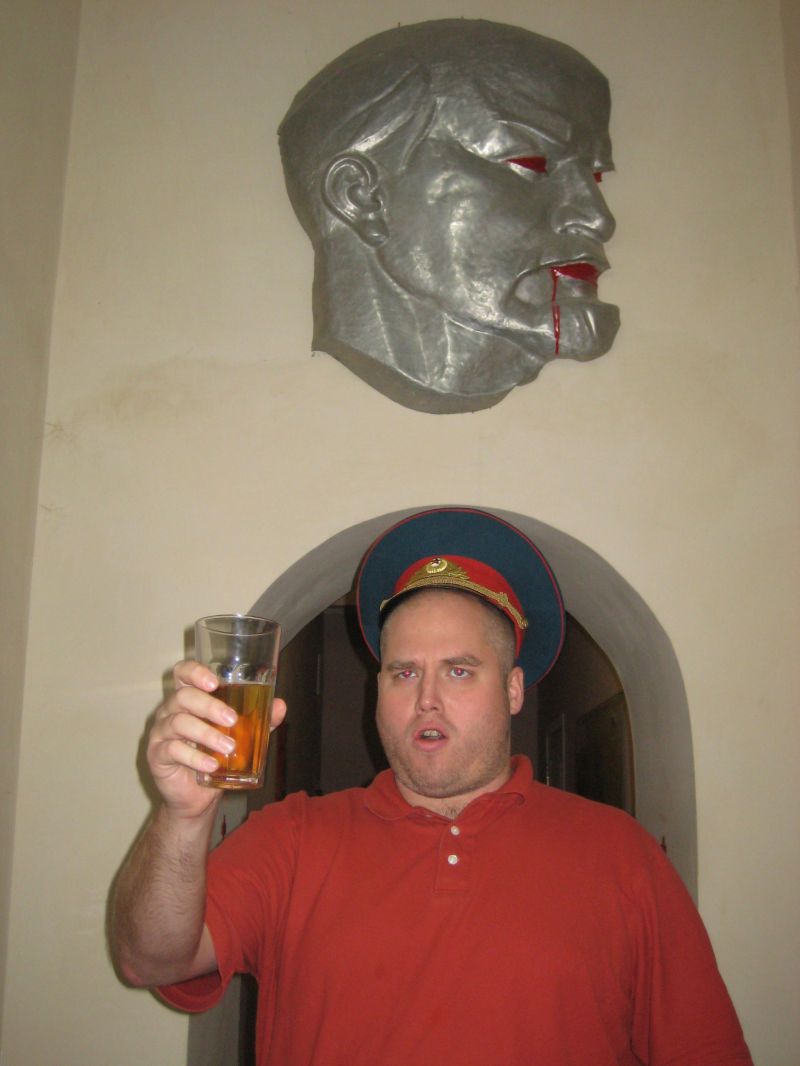 You're ^ supposed to be drinking vodka/have vodka in your glass

No this is the kosmonaut hostel. They had all kinds of cool toys to play with and even a Saiga 12 or some shit laying around.

I never really did explore much other than the Puzata Hata down the street and the train station because I was so exhausted but I made some great friends and learned how to roll $6 platzkart on the ride to Kiev. Beer meant I was able to sleep with one eye open. Vodka passengers slept so long on the top bunks I thought they were dead.

I traveled the whole length of that country by train about twice. A moped would be much cooler.

A "platzcart" train is a really special experience.

Anyway I'd prefer to travel there on a "coupe" train (four people in one box) with more private zone;)

I only did platz once. It was surprisingly secure because you store your valuables in the compartment under the bed.

Where you live at Max?

I live in Hamburg, but untill 1993 I have lived in Ukraine/USSR.

24 hours with stranger is not so insane, once I have traveled in a train for 6 days - from Moscow to Blagoveshensk (border with China)

Is anyone else having trouble with viewing the images?

Yeah, its a problem with the server moving. Simon is aware of it, theres a topic about it in off topic.