The dumb single speed 103 LSU1 has been upgraded with MOAR VARIATOR and other fancy parts. It lives again! Vive la résistance!

The orange Bravo Super Deluxe is far too nice of a bike for me. Help, I need an adult.

The red Bravo has been cut asunder, and rebuilding commences! Winter project #1

The Garelli is a rust heap extraordinaire. Winter project #2

The Tomos literally has a die instead of an axle nut. Wut. https://www.instagram.com/p/CE43JAKHuTS/ Winter project #3 - LOL tomos

The Newport is rebuilt and slowly getting derusted. Why do I keep buying seized mopeds. 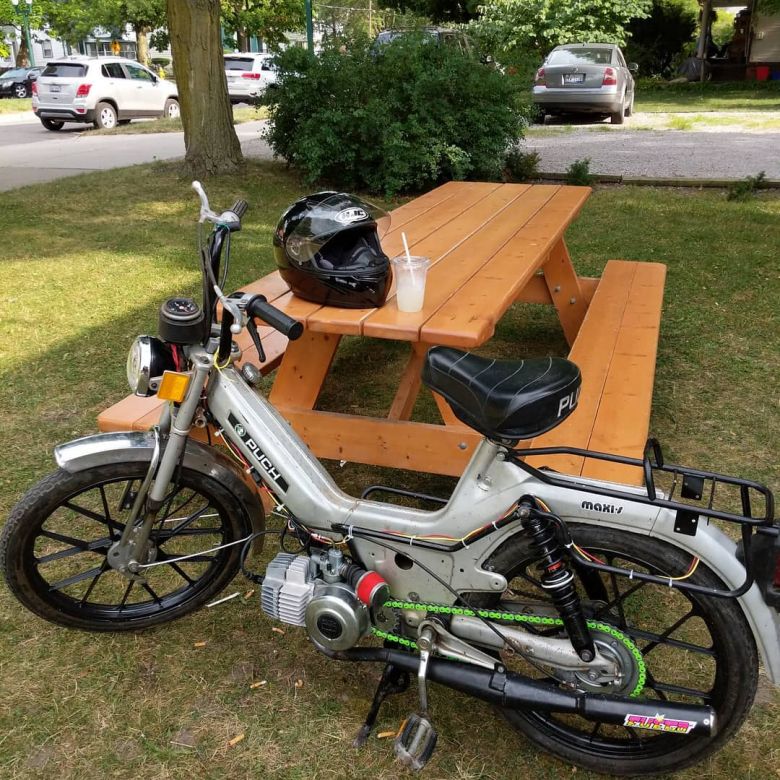