I first got interested in mopeds when talking to a neighbor while he worked on his puch. Soon after, I bought a moby. Soon after that, it was stolen.
I waited to get another one and when I did finally buy one from a friend, it stopped running and I thought I couldn't fix it. After storing it in the basement for about 4 years I realized that I should try and fix it. That one also got stolen. I just got a fast moped recently and I'm holding on to it.
New addition to the family is a 77 Puch. I'm liking the Bing over the Gurtner.
I do industrial and graphic design work in Boston. But now I want to become a mechanic engineer because of all this shop work on mopeds. 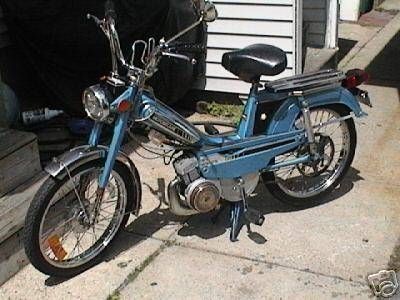